The Mother of Road Trips in Bloomington-Normal

History is happening in Bloomington-Normal. Come get your kicks with us! 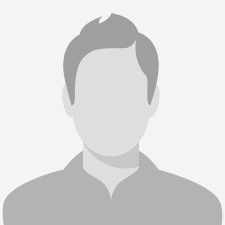 Let the Mother Road lead you to endless possibilities!

When most people think Route 66, neon signs, diners and convertibles come to mind. You’ll find all those there, but there’s a whole other aspect to the “Mother Road” that most people tend to overlook: its historical significance in American culture.

When most people think Route 66, neon signs, diners and convertibles come to mind. You’ll find all those there, but there’s a whole other aspect to the “Mother Road” that most people tend to overlook: its historical significance in American culture. Constructed in 1926, it was the road that made travel from the Midwest to the West Coast faster and a more realistic possibility than ever before.

Though Route 66 was removed from the United States Highway System in 1985, portions of the road that passed through Illinois, Missouri and New Mexico have been designated a National Scenic Byway with the official name of “Historic Route 66.” The Mother Road runs through both Bloomington and Normal (otherwise known as “BN”), and 11 historic and 12 major attractions along the way.

The Cruisin’ with Lincoln on 66 Visitors Center is a must-see stop for Abraham Lincoln and Route 66 enthusiasts. Located on the ground floor of the McLean County Museum of History, one wing is dedicated to Route 66, and one wing is dedicated to Abraham Lincoln. Visitors can compare the travels of Abraham Lincoln with those of tourists and automobile enthusiasts during the golden era of Route 66. The exhibits cover stories from dining to lodging and travel. Interactive exhibits, video monitors, a gift shop and visitor information are also present.

Even though large sections of Route 66 no longer exist, many Route 66 attractions remain. Its golden era has left behind a piece of old-school Americana, filled with everything from burger joints to historic landmarks. McLean County is home to several of these, including Dead Man’s Curve, a dangerous curve on the original Route 66 where many accidents took place, and the Geographical Parkway Journey, a 1.6-mile stretch where visitors can take a walking tour and study educational kiosks. 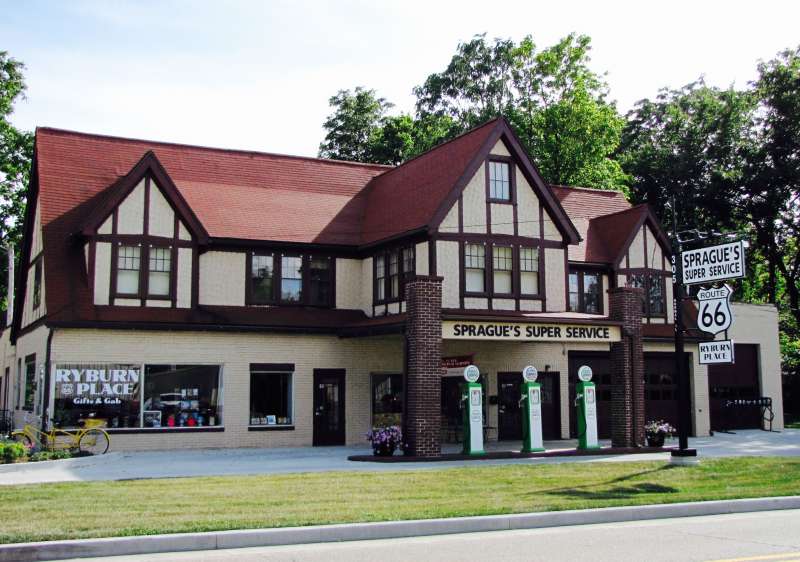 The most notable Route 66 historical attraction in McLean County is Ryburn Place at Sprague’s Super Service. When it opened in 1931, this Tudor-Revival building was there to serve travelers making their way along Route 66. Today, it’s been completely renovated, housing a gift shop and information center. The building is on the National Register of Historic Places, is a Town of Normal Local Landmark and is in the Route 66 Association of Illinois Hall of Fame. 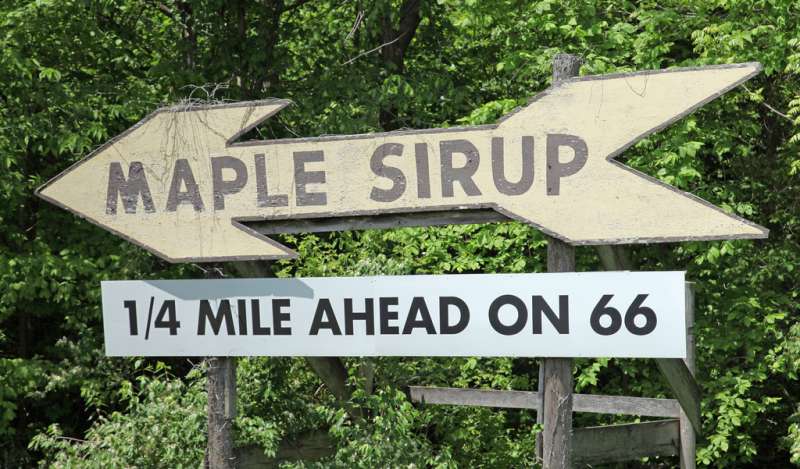 In addition to the Route 66 historical landmarks, Bloomington-Normal has many attractions along the Mother Road just waiting be explored. More than 125 years after it was built, Funks Grove Pure Maple Sirup remains a favorite stop among Route 66 travelers. Established in 1891, it continues to produce an average of 2,000 gallons of “sirup” (the local spelling) each season. Funks Grove has expanded its offering to also include maple cream, cookbooks and Route 66 memorabilia. It’s the largest remaining intact prairie grove in Illinois, with more than 1,000 acres of trails through the prairie and forest. 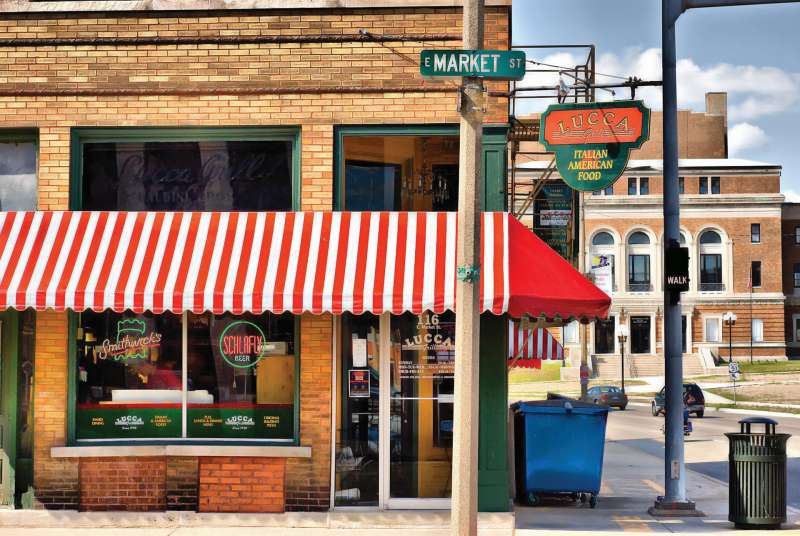 Every road trip needs fantastic food! Route 66 is famous for its classic cuisine, and Bloomington-Normal offers plenty of options for visitors to choose from. With its antique mahogany bar, historic tin ceiling and inclusive family-like atmosphere, not much has changed at Lucca Grill since it opened in 1936. Founded by the Baldini brothers, they are famous for the pizza and pasta. Kicks Bar and Grill in Towanda allows visitors to kick back and enjoy some quintessential Route 66 road food, including burgers and fried chicken. On Main Street in Bloomington, you’ll find the site of the original Steak ‘n Shake—though these days, it houses a Monical’s Pizza.

Of course, no Route 66 adventure would be complete without some delicious dessert. Gene’s Dairy Delight on South Main Street in Bloomington is widely renowned for its soft-serve cones, which serve as the perfect cool treat after exploring the Mother Road on a hot summer day.

Route 66 was considered the ultimate symbol of freedom on the road, and so much of its past is in Bloomington-Normal. The historic sites are a time capsule for visitors, capturing the feel of the golden area while making it accessible for the modern traveler. History is happening here, and we urge you to come be a part of it!