Home You are in… Get Inspired » James Beard Nominees

Illinois extends a hearty congratulations to all 10 of our nominees for the 2017 James Beard Awards, slated for May 1 right here in Chicago. Find more great chefs and restaurants in Chicago and beyond at Taste Illinois[/taste-illinois/].

Illinois extends a hearty congratulations to all 10 of our nominees for the 2017 James Beard Awards, slated for May 1 right here in Chicago. Find more great chefs and restaurants in Chicago and beyond at Taste Illinois.

The maestro behind Publican Quality Bread, Greg Wade has turned the process of making bread into an artisanal craft. Whether baking his naturally fermented, whole-grain bread for wholesale customers or developing recipes to fit the menus of local restaurants—including sister eatery (and James Beard Award winner) The Publican—Wade is committed to supporting local farmers in Illinois, sourcing most of his grains from Spence Farm in Fairbury.

Nominees in this category must uphold the highest standards in restaurant operations. If that’s the case, then Kevin Boehm and Rob Katz of could be nominated tenfold. As founders of the Boka Restaurant Group, Boehm and Katz are responsible for some of Chicago’s greatest culinary institutions, including Girl & the Goat, Balena, and GT Fish & Oyster.

Rising Star Chef of the Year

Most recently chef de cuisine at Hammel’s Lula Café, Sarah Rinkavage has become known for her sophisticated culinary style and her elegant preparations of meats and seafoods featuring a delightful balance of flavors. Now chef de cuisine at Marisol, the restaurant in the Museum of Contemporary Art, Sarah's food is inspired by fresh, seasonal produce.

Meg Galus graduated from Illinois Weslyan University with a bachelor's degree in Theater Arts. With an affinity for sweets and a passion for creativity, Meg decided to continue her education in the culinary arts and graduated from the French Pastry School in Chicago in 2005. Before joining Boka, Meg was executive pastry chef at the Park Hyatt Chicago and NoMi Kitchen, where she won a number of awards for her sweet creations.

Over the past 12 years Boka Restaurant has become one of Chicago's most beloved restaurants. Chef Lee Wolen's seasonal American food is framed by Simeone Deary's timeless design located in the heart of Lincoln Park. Boka originally opened in 2003, and was the first Boka Restaurant Group property for owners Kevin Boehm and Rob Katz. The restaurant became the foundation for the company: An alchemy of great design, warm hospitality, and amazing Chefs. The restaurants rich history includes 7 consecutive Michelin Stars.

For the Best Chef in America award, the committee separates the country into 10 separate regions. All five of the 2018 nominees for the Great Lakes region are located right here in Chicago, solidifying Illinois’ great city as the Midwest’s culinary capital.

A native of Georgia, Andrew Brochu's career began at age 15, bussing tables at O'Charley's in Atlanta. After working on and off with the Alinea group since 2005, Andrew joined Roister as Executive Chef in 2016. He describes his food as simple, with a focus on flavor and integrity.

As the mastermind behind Fat Rice, Abraham Conlon whips up comfort food that combines Portuguese, Chinese, and Macanese influences.

The husband-and-wife duo of Beverly Kim and Johnny Clark run their Avondale eatery like a family-run restaurant. With only 40 seats and a small, attentive staff, Parachute reflects the personal spirit of Kim and Clark, making their Korean American cuisine feel more like a homemade meal.

David and Anna Posey of Elske

Elske means love in Danish, a nod to both David Posey’s Danish mother and the fact that the couple got engaged in Copenhagen. Everything at Elske is minimalist but cozy, from the food to the decor, and combined with the friendly service, it creates the impression that you’re eating in a supremely tasteful Scandinavian friend’s weekend home.

Since joining Boka in 2014, Lee Wolen and his restaurant have received numerous distinctions, including multiple Chef of the Year awards, a Michelin Star, and a 2016 James Beard Award nomination for Best Chef. As Boka's Executive Chef, Wolen is largely responsible for pairing his seasonal American cuisine with the Lincoln Park restaurant's timeless atmosphere. 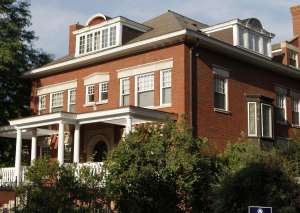 See the private residence of former President Barack Obama and his family, then ... 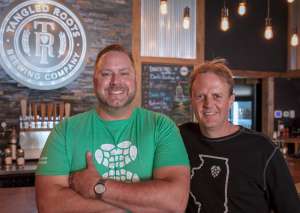 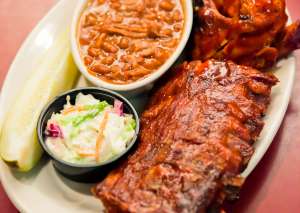