Head indoors to discover magical finds at Illinois museums, from writing implements used by the world’s most celebrated authors to a climbable work of art.

Home You are in… Travel Illinois » Wintertime is Museum Time

Winter’s frigid temperatures may have you bundled up outside, but there’s plenty to explore inside museums across Illinois. Choose your own adventure with exhibits that let you step out of the cold and into a whole new world.

Winter’s frigid temperatures may have you bundled up outside, but there’s plenty to explore inside museums across Illinois. Choose your own adventure with exhibits that let you step out of the cold and into a whole new world.

Open since November, the Cloud Buster attraction is a climbable piece of artwork. The 37-foot structure is a larger-than-life jungle gym made of steel, wood, rope, acrylic and other materials. Climb to the top to see The Apartment—a kid-friendly penthouse designed to look like a real Chicago apartment.

Notorious RBG: The Life and Times of Ruth Bader Ginsburg takes a deep dive into the Supreme Court justice’s life, exploring each facet of her identity, from judge to Internet meme. Read through snippets of RGB’s briefs as you walk between listening stations and artifacts that tell her story.

Ditch the ice and slush and dive under the sea at the Shedd Aquarium’s Underwater Beauty exhibit.Witness the singular beauty of luminous jellyfish, Technicolor reef creatures and other animals while learning about each one’s role in the underwater ecosystem.

Battle of the Bulge

Discover what types of missions the 1st Infantry performed as told by the voices from military veterans in the Duty First exhibit. The gripping, First in War exhibit allows visitors to partake in powerful experiences such as “walking through a WWI trench, onto Omaha Beach and through the jungles of Vietnam.” History buffs can also visit the Battle of the Bulge exhibit to learn about the critical World War II battle.

Get a bug’s-eye view of the world at the Fantastic Bug Encounters. Walk into a vibrant universe where you can see critters up-close at the bug zoo and learn about insects’ unique abilities.

Museum of Science and Industry, Chicago

Pack up your pajamas and your sleeping bag: After an evening of activities such as a movie in the Giant Dome Theater, scavenger hunt and make-and-take projects, children (6–12) and their parents camp out in the “Snoozeum” for a good night’s rest in a magical setting.

Coming soon, a new exhibit provides a bridge between past and present. Spies, Traitors and Saboteurs: Fear and Freedom in America uses nine historic events to explore the evolution of U.S. counterintelligence and homeland security efforts.

Tools of the Trade

Get an exclusive look at the writing implements used by some of your favorite writers, including Maya Angelou, Ernest Hemingway, Truman Capote and Sandra Cisneros. Learn about tools that have helped writers tell their stories throughout the ages, from Frederick Douglass’s inkwell to Helen Keller’s braille writer. 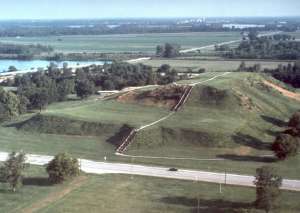 Learn about one of the UNESCO World Heritage Sites located right here in Illinoi... Order a copy of Travel Illinois and also receive the Illinois State Park Guide and an Official Highway Map.