Home You are in… Illinois 200 » Discovering Lou Malnati’s Pizza

All great pizza has a story, and that’s deeply true for one of Chicago’s finest deep dish shops, Lou Malnati’s Pizzeria[https://www. loumalnatis. com/].

All great pizza has a story, and that’s deeply true for one of Chicago’s finest deep dish shops, Lou Malnati’s Pizzeria.

Lou Malnati’s namesake got his start young, working with his father Rudy Malnati to prepare some of the city’s very first deep dish pizzas in the 1940s. Rudy was instrumental in developing the recipe for Chicago-style deep dish, which made its saucy debut at Pizzeria Uno in 1943. Throughout the 1950s, Rudy and Lou co-managed the budding Pizzeria Uno, and by the early ‘70s, Lou was ready to strike out on his own. On March 17, 1971, Lou opened his very first store in the Lincolnwood neighborhood, and the legend of Lou Malnati’s was born. 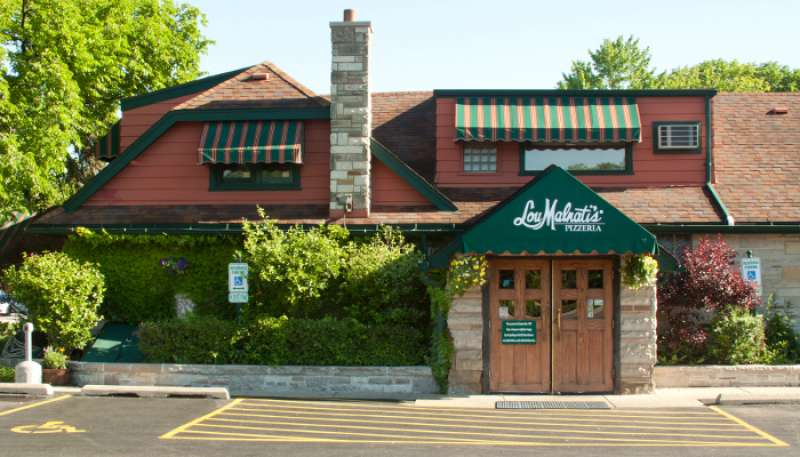 After Lou’s death in 1978, his sons took over the family business, creating what can only be described as a Chicago pizza empire. Over the coming decades, Lou Malnati’s would grow to more than 40 locations with a successful mail-order service delivering fresh pizzas to deep dish fans across the country. And after 45 years of success, Lou Malnati’s finally began expanding outside Illinois, opening a store in Phoenix, Arizona in 2016.

Lou’s epic recipe has become widely accepted as the preeminent example of Chicago’s classic deep dish, winning multiple best-of titles and the undying love of pizza enthusiasts the world over.

Dishing on the Pie

You don’t just win the title of Chicago’s Favorite Pizza by accident. Years of practice and some serious pizza mojo coalesced to create the blueprint for Lou’s legendary pie. Now that you know the history, let’s digest some of the hallmarks of Lou Malnati’s pizza-perfection by order of construction. 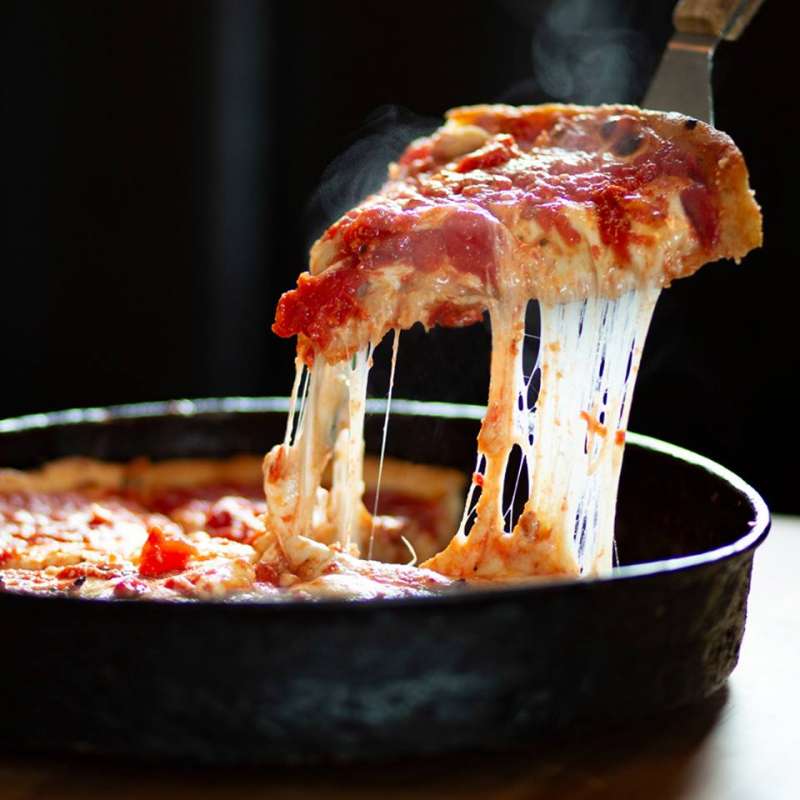 “You’ve gotta start with a good foundation,” said Marc Malnati. You’ve got to respect a guy who compares making a pizza to building a house.

Hearing the term “deep dish” you might, as many mistakenly have through the years, be tempted to think that Lou Malnati’s pizza has a thick crust. While some deep dish-style pizzas do have a thicker crust, classic deep dish crust—like the one featured at Lou Malnati’s—is actually relatively thin, with a distinctly-satisfying crunch.

As one might expect, Lou Malnati’s legendary pizza is prepared using a characteristically deep pan. The dough is slightly more fragile than traditional pizzas, with a sharp edge where the dough is pressed against the sides of a seasoned pan.

But what makes Lou Malnati’s truly unique among its contemporaries is its legendary (and trademarked) Buttercrust™. This idyllic mix of seasoning, butter and flaky carbs makes the perfect home for a delicious heap of pizza delights. The top-secret crust recipe has been passed down through generations of Malnati’s, and with a winning-record like Lou’s, it’s unlikely to change any time soon.

When you’re this close to the free-grazing dairy cows of Wisconsin, you’re not settling for anything less than the best. Lou Malnati’s has nurtured a relationship with the same small Wisconsin dairy farm for 40 years to ensure its cheese maintains the exact flavor and texture necessary to produce the famous pizzas. And unlike the shredded cheese ubiquitous in other shops, a classic deep dish like Lou Malnati’s uses sliced mozzarella to ensure cheese consistency across the pie. If you find yourself craving a little extra cheese, try the Chicago Malnati Classic.

Once their delicious blanket of cheese is in place, it’s time to invite some toppings to the party. Now it’s no surprise that Lou’s uses only the finest ingredients for its pizza, so any flavor you order is going to be top-shelf. A great example is house-favorite is The Lou, with sliced Roma tomatoes, three cheeses and a garlic Buttercrust ™.

But the real MVP here is the sausage. While most shops use a crumbled sausage on their pizzas, Lou’s has developed an exclusive sausage blend, formed in a single large patty that covers the entire circumference of the pie. Another calculated decision, this odd sausage construction is not only iconic to Lou Malnati’s, but ensures every bite contains the perfect proportion of sausage flavor.

The crown of any deep dish pizza, sauce is spread across the top of the pie to prevent burning during long bake times. To carefully control the quality of their sauce, Lou Malnati’s sends a team to California each year to meet with tomato growers and personally hand-pick their tomato crops. Only the best vine-ripened plum tomatoes make the cut, and the chosen few are blended and canned exclusively for Lou Malnati’s use. While some pizza shops opt for a pureed tomato sauce, Lou’s Malnati’s sauce is chunky with large bites of tomato garnishing the pie for a fresher, more natural flavor.

The result is a perfectly balanced history-making pie, from top to bottom.

A Slice of Goodwill

The team at Lou’s also opened a shop in Chicago’s North Lawndale neighborhood, with the goal of returning 100% of the store’s profits back to the community for children’s education and recreational programs. In 2011, that vision became a reality when the store turned its first profit.

Want to know more about deep dish pizza in Illinois? Check out our article to find out what makes Chicago-style deep-dish so good!