Take Your Place in the Garden of the Gods, Illinois

Home You are in… Illinois 200 » Take Your Place in the Garden of the Gods, Illinois

Share 'Take Your Place in the Garden of the Gods, Illinois'

These views are more than 300 million years in the making. Now, they’re just waiting for you to visit. Take a trip to Shawnee National Forest’s Garden of the Gods Wilderness and experience some of the most breathtaking natural scenery in the Midwest.

These views are more than 300 million years in the making. Now, they’re just waiting for you to visit. Take a trip to Shawnee National Forest’s Garden of the Gods Wilderness and experience some of the most breathtaking natural scenery in the Midwest. 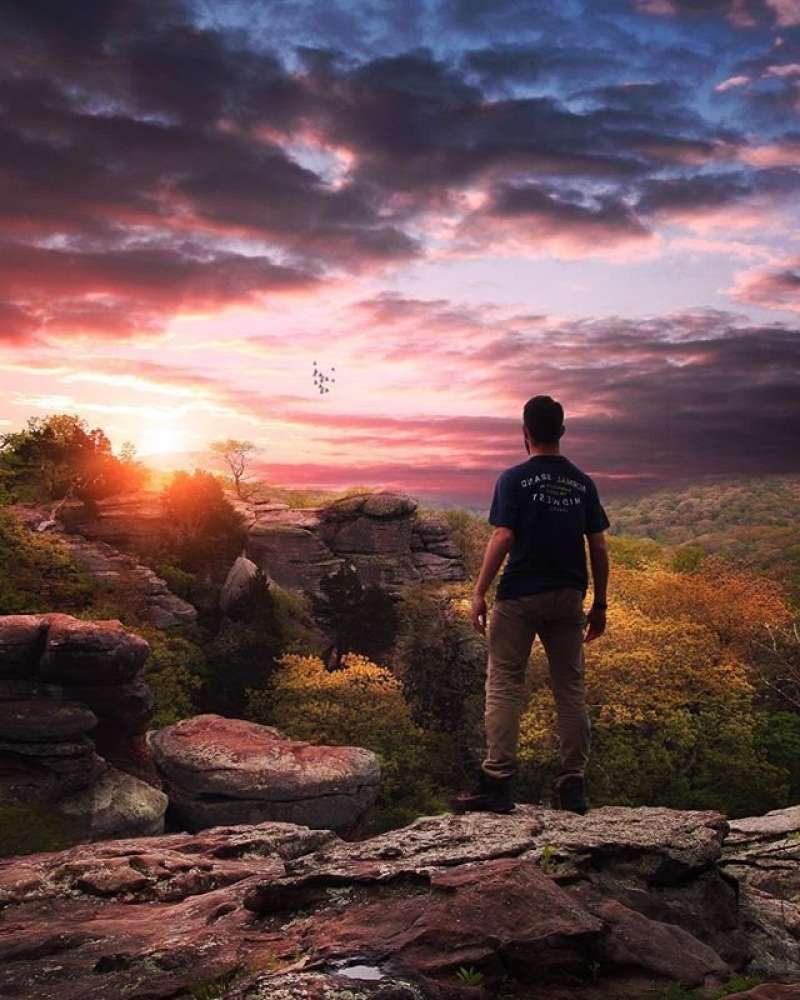 @visualsoftim overlooks the Garden of the Gods

If you’ve seen any material promoting Illinois, chances are you’ll have seen a glimpse of the Garden. It’s the poster child for extraordinary outdoor experiences. Great sandstone formations sitting high above the wilderness make you feel like you really are up there looking down on earth from the heavens.

But it’s more than just a photo opportunity. Visiting the Garden, you feel like you’re tapping into something much more ancient. The bluffs and formations started life some 300 million years ago, and evidence of their long history is etched all over their surfaces. Even if you’re no expert geologist, you can’t help but be inspired by the swirling layers of rock surrounding you as you pass by. You’re standing atop what was once an inland sea, which built a layer of sandstone some four miles thick, and was eventually uplifted into the plateaus that exist today.

While the Garden’s foundations are ancient, the wilderness is surprisingly recent. Back in the early 1800s, the area was covered with tall, dense hardwood forest. That steadily changed as more and more of the area was turned into farmland. The trees went into housing, fuel, furniture and tools. The land went into potatoes, oats, wheat and corn.

But by the 1930s, that was no longer viable. Over-cropping and poor soil maintenance led to increasingly less productive farms and an economically-depressed area. At the same time on the national stage, people were realizing that deforestation had an impact on the environment, particularly in areas prone to flooding. Put the two problems together, and a solution presented itself. Reforesting the area and transforming it into a National Forest.

Exploring the Garden of the Gods 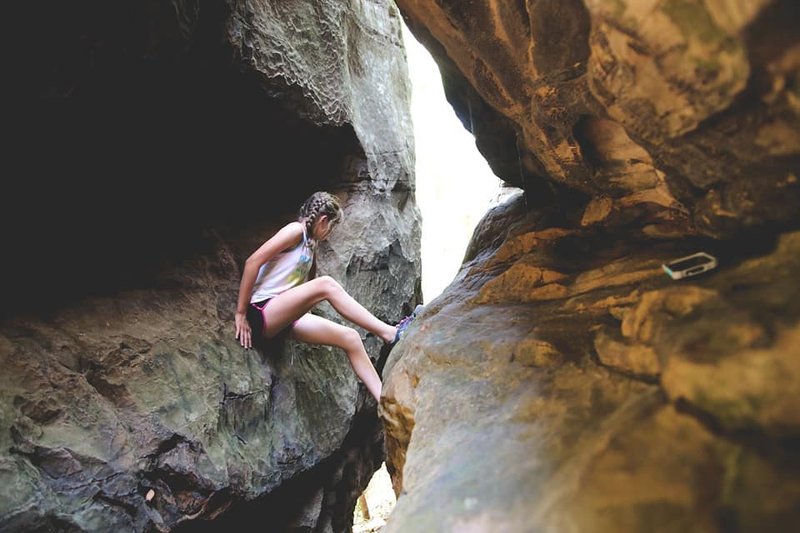 You can explore the Garden via a network of about 5.5 miles of trails. But if you take just one, make it the Observation Trail, a half-mile flagstone loop. It gives you panoramic views and close-up looks at the area’s best sights. It’s a fairly easy hike, but obey the signs and be careful around any wet areas—it can get slippery.

The River to River Trail and other trails in the area will take you past streams, hardwood forest, rock overhangs and all the other great highlights of forest exploration. Go in fall and you’ll find a kaleidoscope of autumn color. Go in spring and you’ll see bursts of color from bountiful wildflowers.

The Garden of the Gods Bluffs 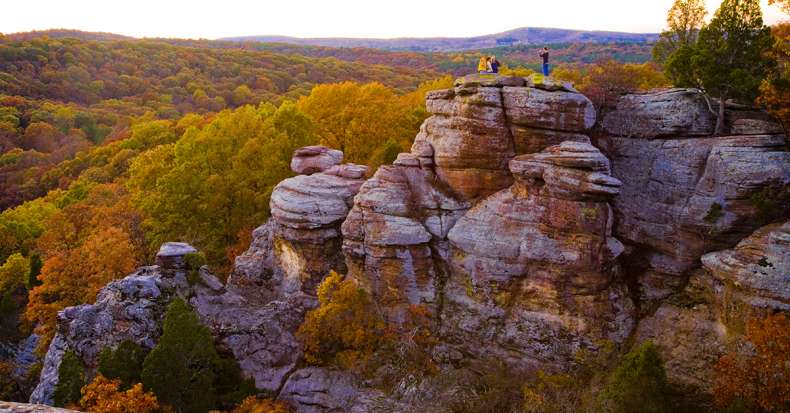 The bluffs, which drop more than 100 feet away to the forest below, are where you’ll find the Garden’s greatest treasures. Great rock formations with names like Monkey Face, Camel Rock, Mushroom Rock and Anvil Rock. Why? That’s what they look like. One of the great joys of exploring Garden of the Gods is trying to interpret the shapes of the formations and spot the hidden details on the rock surfaces.

Staying at the Garden of the Gods

You can take in the highlights of the Garden in a day, but if you’d like to extend the trip, camping facilities are on-hand at the year-round Pharaoh Campground.

The Garden of the Gods is an Illinois must-visit. Sure, it’s been around 300 million years—but you still don’t want to risk missing it. Visit for guaranteed inspiration and awe.