A Visit to Matthiessen State Park

Think of Illinois just as the prairie state in all its flatland glory? Think again. 95 miles west of Chicago in central LaSalle County, you hit a gloriously scenic triumvirate of State Parks: Matthiessen[https://www. enjoyillinois. com/explore/listing/matthiessen-state-park], Buffalo Rock[https://www. enjoyillinois. com/explore/listing/buffalo-rock-state-park] and the big daddy of the three, Starved Rock[https://www.

Think of Illinois just as the prairie state in all its flatland glory? Think again.

95 miles west of Chicago in central LaSalle County, you hit a gloriously scenic triumvirate of State Parks: Matthiessen, Buffalo Rock and the big daddy of the three, Starved Rock, a collection of magnificent river walks, waterfalls, canyons and miles of trails.

Everyone has heard of Starved Rock. It’s undeniably gorgeous. But with fame come crowds and well-trodden trails, so if you crave more solitude and adventure, just around the corner is the peace of Matthiessen State Park, ready to delight you with its wealth of beauty. 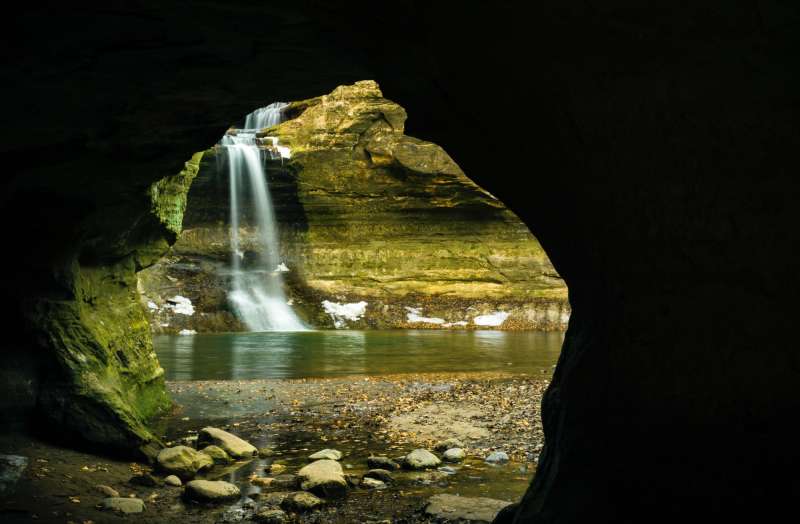 Frederick William Matthiessen was a Danish engineering student who studied in Germany. He emigrated to the US with fellow engineer Edward Hegeler in the mid-19th century, and together they looked for a site to realize their industrial ambitions.

The business partners broke ground on their zinc smelting factory on the banks of the Little Vermilion River in Illinois on Christmas Eve 1858. Things were a bit rocky to start with, but the Civil War created a demand for zinc, making both men rich. Hegeler’s mansion still stands as a National Historic Landmark on the river bluffs in LaSalle.

Matthiessen diversified his industrial portfolio to include coal, real estate, and clocks, and he served as the Mayor of LaSalle for over a decade. Such was his popularity that he was re-elected for five consecutive terms. Historical rumor has it that he had to beg the town to allow him to retire from his civic duties.

The Lost Mansions of Deer Park

In the 1890s, Matthiessen bought 175-acres beside the Vermilion River, called Deer Park for the large population of white-tail deer attracted by the mineral salt licks in the area. On this property he built a summer retreat, a three-story mansion with 16 bedrooms, and a smaller mansion for his daughter Adele, surrounded by several cottages, stables, and a private fire station. He employed a team of builders to construct trails, bridges, stairways and dams throughout the park.

The park is bisected by a canyon eroded from the sandstone by Deer Creek. The Matthiessen family whimsically called the canyon the Dells, and the name has stuck to this day. The Upper Dells begin at Matthiessen Lake with Lake Falls, where Deer Creek drops into the canyon below and continues downstream to the 45-foot Cascade Falls where the Lower Dells begin. The canyon walls are beautifully colored by minerals and overgrown with ferns and mosses.

It seems that the Matthiessen family were generous hosts, and Deer Park became a famous beauty spot and a popular spot for picnics. After Matthiessen’s death, his family donated Deer Park to the state in 1940 to be preserved as a nature area and wildlife sanctuary. The park was renamed Matthiessen State Park in his honor. Since then, the state has added land to park, including former prairie, and forest, and the park has grown to 1,938 acres including the original Deer Park and the Dells. And the white-tail deer is now the Illinois state animal.

The last building of the former estate was destroyed in 1981, although the concrete stairs leading into the canyon by Matthiessen State Park Bridge were built with the bridge in 1905, by famous engineer Joseph Straus. The concrete bridge is architecturally significant as a rare example of a patented bridge design created by a famous bridge engineer. 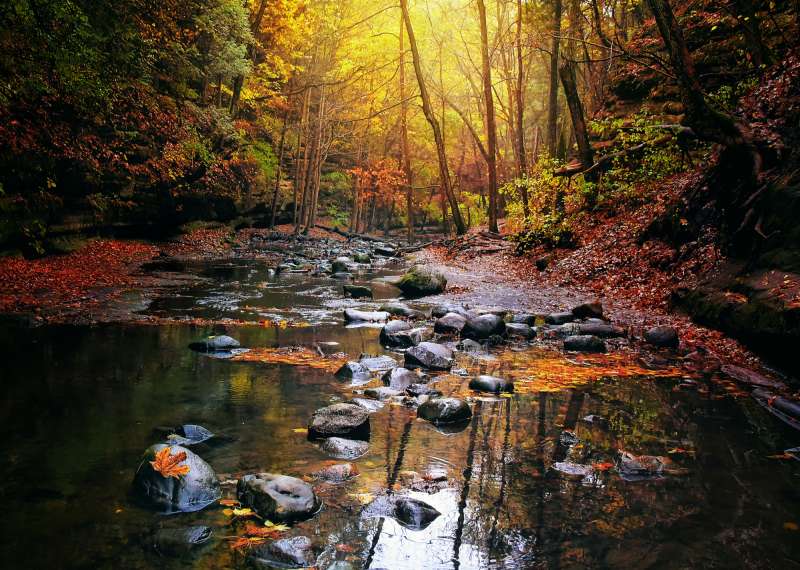 The park has five miles of trails from canyons to river bluffs, through woodland and past waterfalls.

The Dells area is set up for picnics with tables, water fountains and playground equipment, as well as a large parking lot and restrooms. Kids love the log fort, which is designed to show the French fortifications built in the Midwest during the 1600s and early 1700s.

For a pleasant loop that takes in all three waterfalls, start by going down the steps next to the log fort and take the trail along the Upper Dells towards the Lake. Cross the bridge on Lake Matthiessen and admire Lake Falls, then head down into the canyon, where you’ll see the wonderfully named Giant's Bathtub waterfall. Then take the stairs up out of the canyon, and stroll towards Lower Dells passing the Cascade Falls.

If you like some waterfall action, the best time to visit the park is during or after some rain, so the falls are in spate and the forest smells amazing. Make sure you wear sturdy boots, bring bug spray, and prepare to get your feet wet as you scramble up the canyon. Matthiessen is a wilder proposition to the manicured boardwalks of Starved Rock, so proceed with caution and proper gear.

In addition to hiking trials, there are nine miles of multi-use mountain bike and horseback riding trails—BYO horse! In winter the park is used for cross country skiing, with six miles of ski trails and weekend ski rental available December through March. Other park facilities include a field archery range and a radio-controlled model airplane field in the Vermilion River Area. 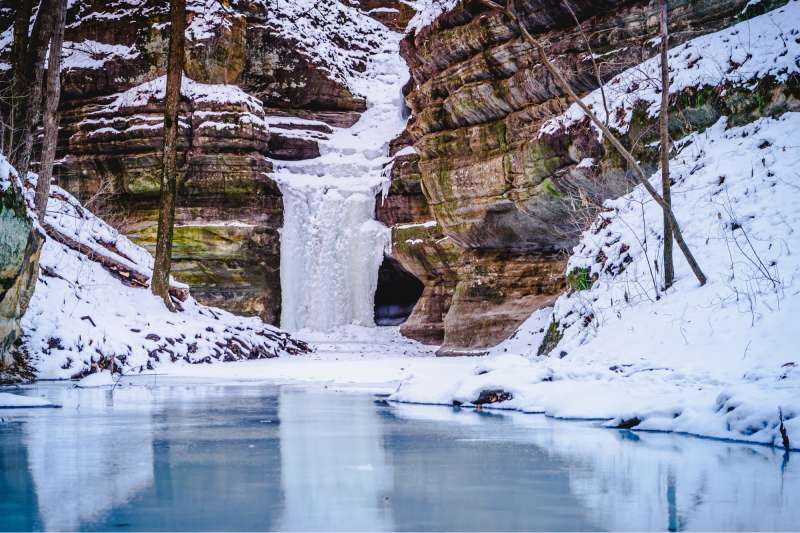 The phrase “hidden gem” is way overused, but when it comes to Matthiessen State Park it’s hard to go past it.

If your idea of a good time is glorious wooded canyons with immense walls, eroded by millennia of water into intricate designs laced with spectacular waterfalls and home to cliff swallows, then Matthiessen ticks all your boxes.

Add to that trails long and challenging enough to satisfy a sense of adventure, and you’ve got yourself a jewel box of a park. Visit mid-week for a peaceful zen quality, and you’ll feel like you’ve got the park to yourself.

If you get the urge to head to LaSalle County to visit magnificent Matthiessen State Park, don’t forget to share your stories, your snaps, and your top tips with us on the Enjoy Illinois Facebook page. #EnjoyIllinois and we’ll all be inspired by your adventures.