In an authentic gelato creamery in Chicago's Ukranian Village, you never know what new flavor is swirling in this artisan's mind.

Home You are in… Get Inspired » Black Dog Gelato

In an authentic gelato creamery, you never know what new flavor is swirling in this artisan's mind. Jessica “Jessie” Oloroso has always had a knack for inventing sweet concoctions.

In an authentic gelato creamery, you never know what new flavor is swirling in this artisan's mind.

Jessica “Jessie” Oloroso has always had a knack for inventing sweet concoctions. As the pastry chef for one of Chicago’s trendiest restaurants, Scylla, Jessie spent the formative years of her career crafting one of the city’s most impressive dessert menus. Yet ever since she was a little girl, Jessie held a passion for the gourmet flavors and textures of Italian gelato and sorbets. So in 2010, she stepped away from the restaurant scene and followed her true love, opening the first original scoop shop in Chicago’s Ukrainian Village.

Named after Jessie's own dark-furred canine, Kaya, Black Dog Gelato now has two delicious locations in the city. At each one, a wholly unique assortment of handcrafted Italian temptations features unexpected combinations of flavors and ingredients including seasonal fruits, freshly toasted nuts, and fine chocolates.

Jessie might not be able to say how she comes up with flavors such as Goat Cheese Cashew Caramel, Sesame Fig Chocolate Chip, or Butterscotch Bourbon Pecan, but she’s always willing to share a few of the secrets that go into turning ideas into gelato. For one, even though gelato feels creamier than ice cream, it actually contains less milk fat—so Jessie's artisanal, small-batch process helps create a silkier texture. Jessie also explains that gelato is best consumed at a temperature slightly higher than freezing, as the warmth allows the flavors to wash over the tongue, resulting in a richer experience.

Each of Black Dog Gelato's flavors is only available in limited quantities, and Jessie proudly admits her tendency to change out her varieties whenever a burst of inspiration strikes. When a selection runs out, it’s often for good. But while no particular flavor is guaranteed to be available at any given time, Jessie can take specific requests in advance for her house favorites. She’s always ready to fulfill a fan’s cravings for that one-of-a-kind special treat, such as the savory, spirited Whiskey Bacon Gelato.

When you step into a Black Dog Gelato and first see the colorful flavors under the glass Vetrina, it’s as though you’re transported to a similarly small gelato shop along a cobblestone street corner in Rome, Florence, or Milan. While exploring Chicago, you’ll even find Jessie’s handcrafted gelato on the dessert menus of top hotels and restaurants and popular summer festivals, including the Pitchfork Music Festival and Renegade Craft Fair. 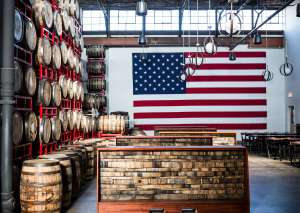 On Chicago’s North Side, an independent brewer and his Anti-Hero IPA are uniting... 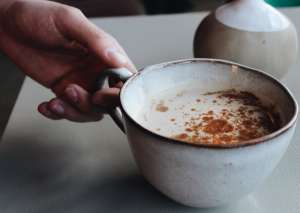