Home You are in… Get Inspired » BrickStone Brewery

When BrickStone Brewery submitted their American Pale Ale to the World Beer Cup, they didn’t think they’d win, so they didn’t attend. But the call they received afterward proved everyone wrong.

When BrickStone Brewery submitted their American Pale Ale to the World Beer Cup, they didn’t think they’d win, so they didn’t attend. But the call they received afterward proved everyone wrong.

It’s here that Ted and Helen Giannakopoulos set their sights on the Greek restaurant business in 1996. Little did they know, their kids and cousins would get involved 10 years later with big plans to start brewing beer under the same roof.

Coming off a decade of quality Greek food, the couple was originally hesitant to shift any bit of their focus from plates to pints, but family trusts family, and they went for it.

Keeping things manageable, the family started brewing out of 20-gallon stockpots and distributed no further than the restaurant’s own bar. When the restaurant’s drinkers turned to talkers, word got back to the family that their craft beers were a hit with the locals. The family quickly decided to sacrifice a small amount of their restaurant’s seating area to implement a small barrel-aging program under the name BrickStone Brewery.

As the kids and cousins implemented more and more craft into the small operation with every bit of leeway they were given, the production of these family-made brews turned out to be a slippery slope worth toasting to. With a growing involvement in the craft beer scene, the Giannakopoulos family befriended Jim Cibak (now a brewer at fellow Illinois Made maker Revolution Brewing), who suggested they submit their American Pale Ale to the World Beer Cup. Cibak’s plate was locally prized, so his claim that BrickStone’s American Pale Ale was a “world-class beer” was reason enough to submit to the competition. After introducing small-batch brews to a Greek restaurant, long shots weren’t unfamiliar territory to BrickStone. Soon after, their submission was in.

Without much confidence that their beer would go anywhere, they didn’t even attend the event. But the call they received after the competition that their American Pale Ale had taken home a bronze medal, this small-batch brewery knew that it had big-time flavor on its hands.

Holding nothing back when it came to progress, in 2015, BrickStone equipped itself with 100- and 150-barrel fermenters, a 12- and 16-oz. canning line and the ability to produce 25,000 to 30,000 kegs annually. Just a half mile from where this foamy legacy originally untapped its potential, BrickStone has since expanded its production to help their beers find their way all across Illinois.

It’s no surprise that people started reaching out to BrickStone, asking for distribution, given their beer’s impressive track record. Outside of their golden child, the BrickStone American Pale Ale, an evolving list of beers has medaled at competitions like the World Beer Cup, the Great American Beer Festival, the World Beer Championship and more.

Whether you’re an Illinois craft beer fan or Bears training camp onlooker, make your way to BrickStone Brewing to grab a bite at the brewpub and a pint from the family who made these beers famous. 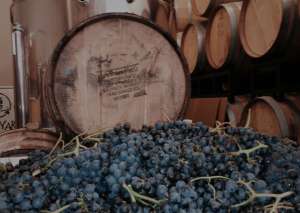 Day after day of driving past apple orchards takes a winemaker in a whole new di... 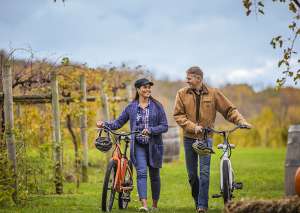 The Best Sparkling Wine in Illinois

’Tis the season to be toasting. Illinois wineries step up with sparkling creatio... 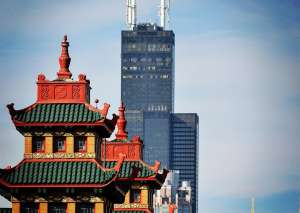