Home You are in… Travel Illinois » Dinger Bats

It hit. 412 in the World Series, went 3 for 5 in Game 7, and ignited the rally that led to the first Chicago Cubs title in 108 years. And to think, it all started on a wood lathe in Ridgway.

It hit .412 in the World Series, went 3 for 5 in Game 7, and ignited the rally that led to the first Chicago Cubs title in 108 years. And to think, it all started on a wood lathe in Ridgway.

Kyle Drone was like any other young baseball player who dreamed of some day playing in the big leagues. Growing up in Southern Illinois' Ohio River Valley, Kyle spent the sweltering summers of his youth perfecting his hitting stroke in neighborhood batting cages. Eventually this passion and work ethic paid off, carrying him into the starting lineup at Lambuth University. But the ultimate endpoint of Kyle Drone's story would lie in another Kyle's hands.

Late in the night of November 2, 2016, Kyle Schwarber stepped into the batter’s box in Cleveland's Progressive Field. He ground his back-left cleat into the dirt and stared down the Tribe’s ace starter, his knuckles wrapped around a 34-inch maple KS-10 Dinger Bat with a modified 271 handle—a bat made by Kyle Drone.

Schwarber is just one of dozens of young sluggers who stride up to the plate with a Dinger Bat on their shoulders. The way the players have risen from small-town ballfields to “The Show” parallels the rise of the Dinger Bat Company, founded by Drone and his father Randy. At first, Kyle started making bats for players he knew from his days on the college diamond. As these players began to enter into minor-league farm systems, many of them becoming professional coaches and hitting instructors, their loyalty to Dinger Bats went with them.

Players and coaches will tell you there’s something holding a Dinger Bat in your hands that’s different. The feel. The balance. The choice of wood. The size of the sweet spot. The attention to every detail of the bat’s construction, right down to the hand finishing. From T-ball to Little League to college ball and all the way up to the bigs, Dinger Bats are turning plate appearances into hitting clinics. As many of the game’s best young complete hitters can attest, when you swing a Dinger Bat it seems like the line drives are sharper, the gaps wider, the outfield walls just a few precious feet closer.

Just as baseball is America’s pastime, Dinger Bats is proudly Illinois Made. At the manufacturing plant on the edge of the Shawnee National Forest, Kyle still applies his young hitter’s work ethic to the process of making every bat. Even as his business has grown, Kyle's love for the game has never wavered, and he filters that passion down to every level of the company, especially customer service.

Like any young fan who has ever stretched out over the edge of a dugout with a pen and baseball in hand, hoping for an autograph from his or her favorite player, Kyle has souvenirs of his own: the early signed checks he received for Dinger Bats that went on to star in Major League lineups—including organizations such as the Cardinals, the Mets, and, of course, the 2016 Chicago Cubs.

While there’s no “official” factory tour, Kyle does take requests for private visits. Give him a call, and he’ll be sure to pencil you into the lineup. 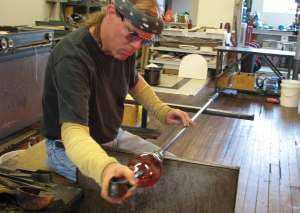 In the small town of Monticello, you’ll find one of the finest glassblowers this... 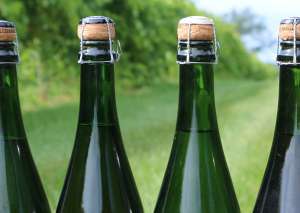 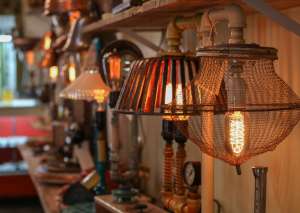