In the village of Homewood in the Chicago Southland, Todd Pals brings a love of baseball to life.

Home You are in… Get Inspired » Homewood Bat Co.

With two major-league teams, Chicago is a city that loves its baseball. In the Chicago Southland lies the village of Homewood, where Todd Pals brings a love of baseball to life.

With two major-league teams, Chicago is a city that loves its baseball. In the Chicago Southland lies the village of Homewood, where Todd Pals brings a love of baseball to life.

A one-time player and coach, Pals realized the town of "Homewood" would be a perfect place to start a boutique batmaker. So in 2015, Homewood Bat Co. was born. Determined to share his passion for the game with as many people as possible, Pals began to create bats for amateur players ranging from Little Leaguers to college sluggers. But soon enough, Major League players made Pals' bats a tool of the trade, and today his loyal customers include players on both of the Windy City's teams—including 2016 World Series MVP Ben Zobrist.

In fact, Homewood Bats is one of only a select few makers authorized to sell to Major League Baseball. And considering the company is just a couple years old, that says a lot about the quality of their bats. Homewood's secret to making a great boom stick starts with top-quality wood. In fact, it often takes them longer to select the piece of lumber than it does to shape it. Needless to say, finding the perfect piece of wood requires as much expertise and good judgment as it takes to succeed in the batter's box.

Baseball fans can get a peek at the bat-making process with a visit to the Homewood Bats facility. There, the staff meticulously ensures that each bat’s grain runs true in every billet they use. After plenty of carving, sanding, and shaping, each Homewood bat is finished in one of three color combinations: natural color, black, or half black and half natural. But in the end, all of them share the same stamp of approval: Homewood's signature swirling H.

The retail shop in front of the workshop usually has baseball games playing on the TV, but a love for the game is clear no matter where you look. Bricks from actual ballparks comprise the front counter, and a genuine batting cage lets you test out the bats onsite. The special racks that hold the wares are made from wood repurposed during the production process. If you want to personalize your bat, Homewood will laser-inscribe your name in under an hour.

All this makes for a personal connection that makes baseball such a special part of American's lives. The crack of wood meeting a cowhide ball is a sound heard in ballparks across the country. But as long as that sound comes from a Homewood Bat, it will always be Illinois Made. 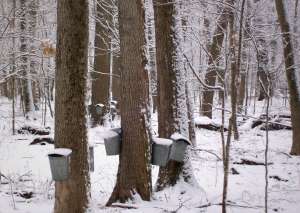 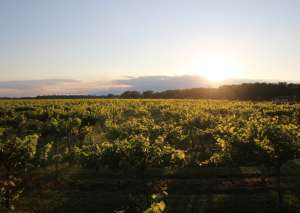 Some people once believed it was impossible to start a winery and vineyard in Ea... 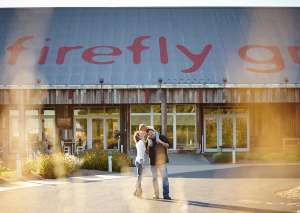 The Firefly Grill is like that much-loved relative who is always in charge of th...