Whiskey Acres honors a seed-to-spirit tradition that goes back five generations. Sample their whiskey neat or mix it in a Midwest Mule.

Cocktails made with Whiskey Acres spirits.

Home You are in… Get Inspired » Whiskey Acres

Spirits are distilled down on the Walter family farm at Whiskey Acres. In Northern Illinois’ DeKalb County, country roads divide acres of farm fields into neat rectangles like giant chocolate sheet cakes. Wind turbines sprouting from the flatlands pinwheel in breezes scented like fresh baking bread. But the heady smells aren’t coming from a cozy farmhouse kitchen. The Walter family is cooking booze at Illinois’ only farm distillery.

Whiskey Acres Distilling Co. crafts the only bourbon, whiskey and vodka made in the state from grain seeds sown, grown, harvested, distilled, barreled, bottled and sold on the same slice of fertile Illinois farmland. Since the 1930s, the Walter family has tilled 2,000 acres surrounding the white clapboard farmhouse where Jim Walter grew up, his wife of 45 years, Sue, makes hearty meals and delivers them to hardworking farmhands, and together they raised three sons.

But the eldest, Jamie, inherited his mom’s talent for cooking—whiskey, that is. He’s a fifth-generation farmer and self-proclaimed “recovering attorney” turned distiller, president and CEO of family business Whiskey Acres. His wife Kristen is the distillery’s compliance and financial officer. In 2011 changes in state liquor laws planted the seed in Jamie’s head to produce spirits from their high-quality grain. Turning crops into cocktail ingredients wasn’t new for Jamie, who had previously partnered in a California wine business. The Walter family bet on the farm, opening Whiskey Acres in 2013.

Annually, Whiskey Acres produces up to 70,000 bottles of bourbon, rye, corn whiskey, vodka and an artisan series of small-batch bourbons. Whiskey Acres is only the nation’s second “certified farm distillery,” an American Distilling Institute distinction bestowed upon facilities that produce spirits made from grains grown on the same farm as where the distillery operates.

From mid-March through November, the public is welcome for tastings and tours of the farm and distillery where “the cook” happens, which is what distillers call the alcohol-making process. Jamie says, “In its simplest form, distillation is a chemical reaction that concentrates the alcohol produced. At different boiling points, the repeated vaporization and condensation process removes impurities.”

Distiller and Whiskey Acres co-founder Nick Nagele, also a farmer, tastes batches to determine quality. Nick says, “The distiller’s job is much like a chef’s. We measure and mix the ingredients, monitor the cooking process to ensure the batch doesn’t burn, and taste for quality.” Upon passing the distiller’s taste test, the alcohol is either bottled or barreled and stored for years in an outdoor galvanized steel, ribbed building shaped like a giant half-whiskey barrel until it’s ready for drinking.

Visitors taste the artistry poured into Whiskey Acres spirits at the bar made of recycled wood from a 1900s dairy barn, now a tasting room. Jamie and Nick coach guests on how to drink, distinguish and savor the spirits they make. Hung above the fieldstone fireplace, a photograph dated 1890 pictures generations of Walter family farmers gathered around a tapped whiskey barrel. From behind the framed glass, they witness the fruition of seeds they sowed and spirits Illinois made. 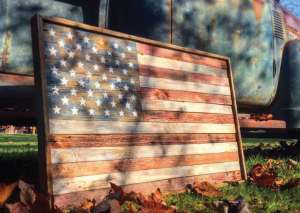 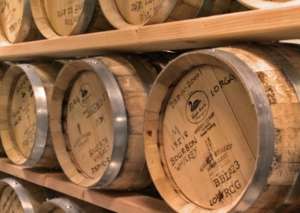 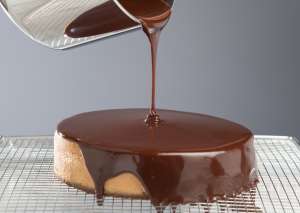