The smell of spicy, smoky sausage has been filling the air at this Aurora storefront since 1895.

Home You are in… Get Inspired » Wurst Kitchen

Ed Schleining never thought he would be making sausage for a living.

Ed Schleining never thought he would be making sausage for a living. But one day in 1994, while driving down the street in his hometown of Aurora, 40 miles outside of Chicago, Ed spotted a For Sale sign at the local sausage shop. It was the same shop where, as a child, Ed would beg his mother to take him just so he could taste one of the sausage ends the man behind the meat counter would hand out to children. And now it was for sale!

Twenty minutes and a handshake later, the shop belonged to Ed.

"It's the only business I can think of where if you walk in and smell smoke, it's a good thing."

Even before it was known as Wurst Kitchen, the shop had been serving up sausage and smoked meats for generations. "The recipes for our sausage came over on the boat from Europe 100 years ago," Ed explains, "and we make sausage exactly the same way those original immigrants did. At Wurst Kitchen, you’re getting the same recipe and process that Great Grandma and Grandpa got years ago."

The sausages at Wurst Kitchen are made only with the finest meats and spices; you won’t find any fillers or extra water in Ed's sausages. Don’t just take Ed’s word for it, though. Wurst Kitchen's loyal customers come from miles around just to buy a bratwurst. Some have even been visiting their whole lives.

"I get people in here all the time who are in their eighties, even nineties, who say I remember when my grandmother used to bring me here as a child. I really enjoy that."

Today, Wurst Kitchen makes 80 different kinds of sausage, from traditional bratwurst and liverwurst to offbeat but popular flavors such as a smoked bacon bratwurst infused with dark chocolate. If you’re overwhelmed by all the flavors, you can always leave it to chance: just spin the resident "Wheel of Sausage," which can choose from among the most popular varieties for you. You won't be disappointed.

Of all the flavors, Ed’s favorite is the classic “Kicker” bratwurst. He describes it as the perfect combination of hot and spicy, somewhere between a mild and medium salsa. Ed insists you don't even need any condiments—his sausages are just that flavorful.

“You would think after the thousands and thousands of pounds of these sausages that we make everyday that we would ever want to look at a sausage again, or even eat one, but I’m telling you almost everyday we [eat] them.”

It’s not only the sausages that hew to tradition at Wurst Kitchen, though, since walking into the building is a little like stepping back in time. The meat cases are the same as they were back in 1941; the newest thing in the entire shop is the wallpaper from 1965. It all adds up to the core of what Wurst Kitchen has to offer: traditional sausage in a traditional setting. Smoky, succulent sausage served with a smile. And all of it Illinois Made. 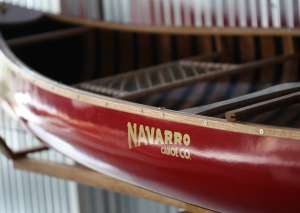 When Bruce and Sue Peterson relaunched one of America's most revered handcrafted... 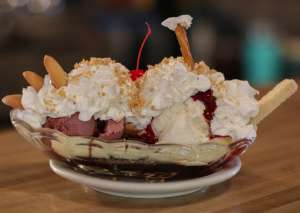