From hidden trails to Viking ships, discover the best finds off the beaten track all over Illinois.

Home You are in… Illinois 200 » Illinois Hidden Gems

We’ve all got a bucket list of must-visit places and must-do experiences. Sometimes, though, stumbling across the unexpected or lesser-known gems can be even more magical.

We’ve all got a bucket list of must-visit places and must-do experiences. Sometimes, though, stumbling across the unexpected or lesser-known gems can be even more magical. Plus, who wants to get the same photo as everyone else? These hidden gems are just a few of the spots you can discover on an Illinois adventure. 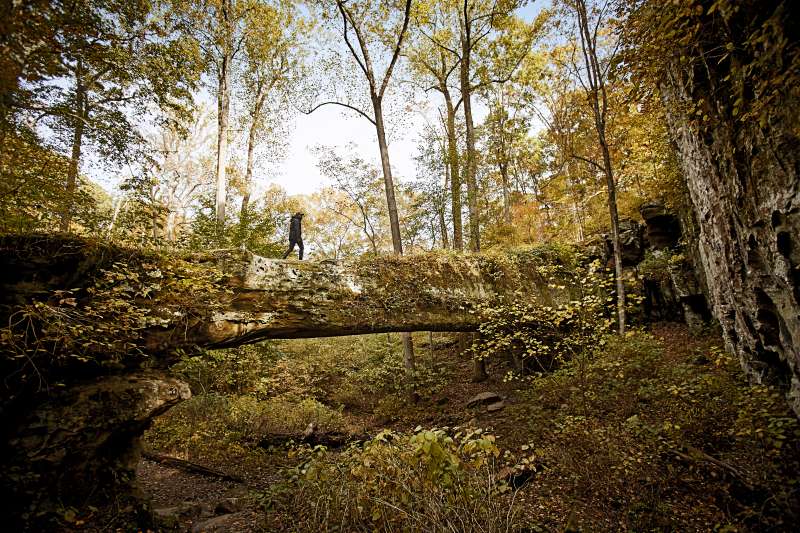 You’re on an easy hike along a wooded trail of oak, hickory and beech. The trees part, and there it is: a 90-feet long, 8-feet wide sandstone bridge hanging about 20 feet off the ground. The trail continues right on top of it, as if nature itself was helping you on your way. It’s a beautiful place to walk, and a beautiful place to get a photo.

There are a lot of roadside statues and sculptures in Illinois. This might be the only one that comes to life. Buy a “dragon coin” from the liquor store across the road, drop it in the coin-box and this 35-foot tall metal dragon starts breathing fire, eyes glowing red. It’ll keep going for 10 minutes—perfect time to get your photos and selfies.

You don’t need a yellow brick road to find this spot—just head to the corner of Lincoln and Webster in the Lincoln Park area of Chicago. There, you’ll find statues of Wizard of Oz characters Tin Man, Cowardly Lion, Scarecrow and Dorothy and Toto—a nod to Oz creator Frank Baum, a former resident of the area.

In a park in Geneva, you might just stumble across a 78-foot long Viking ship. The Viking is a replica of the Gokstad, a 9th-century vessel, built for the World’s Columbian Exhibition in 1893. Although it is a replica, it was a working vessel, and it made a mighty trip of its own. Built in Norway, it was sailed across the Atlantic to Lake Michigan via New York and the Hudson River. Its sailing days came to an end not long after that, but you can still visit it in Good Templar Park, Geneva. 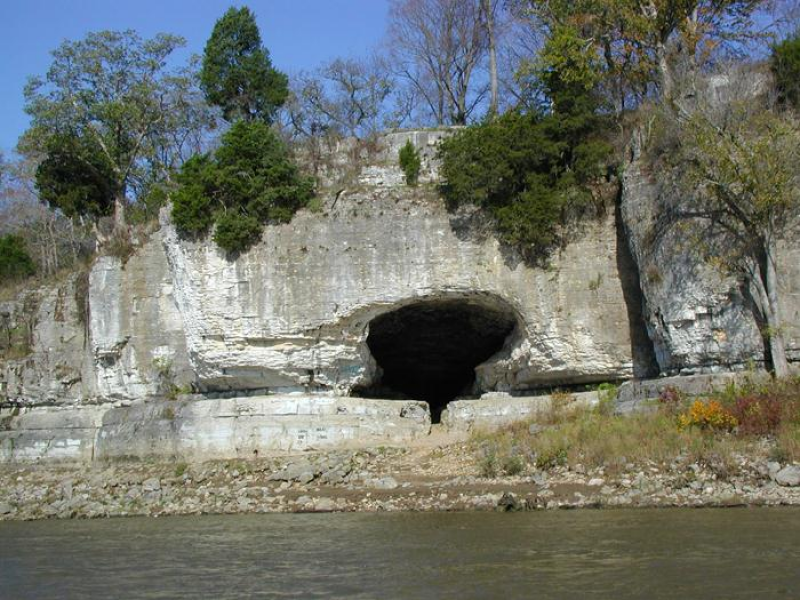 It feels like something out of a storybook. A hidden 55-foot wide riverside cave set into a rock formation in Hardin County in Southern Illinois. And Cave-in-Rock indeed has a storybook history, of sorts. Its checkered past saw it serve as a hideout for pirates, fugitives, criminal gangs and all other manner of outlaws. Thankfully, that part of its life ended about 150 years ago. Now the cave is just a great spot to visit, watch the river and maybe imagine what it was like to be a pirate out that way.

This hidden garden is a beautiful urban sanctuary right next to Lincoln Park Zoo. It’s just you, the birdsong and an enchanting lily pool meandering through Prairie School landscape architecture. If city life ever gets too fast for you, this is the perfect place to retreat and relax.

Can’t make it to Italy? Illinois can step in for at least one of the landmarks. The Leaning Tower of Niles is a half-size replica of the Leaning Tower of Pisa, located just a little north of Chicago. It was built as a water tower for public swimming pools, but its design has given it a longer life as a quirky tourist attraction. Although it was built in 1934, its bronze bells are believed to be of Italian origin from the 17th and 18th centuries—so you’ll be getting at least a little bit of an authentic Italian experience when you drop by.

Did you know there is a mermaid right by Lake Michigan? Granted, it’s one sculpted in stone. For years, no one knew where she came from. It was almost as if she had swam up from the lake. But, come to find out, a laid off steelworker and some friends secretly carved the mermaid in a rocky outcropping. It was a local secret until it was publicly discovered by the U.S. Army Corps of Engineers in the year 2000. It was put into storage until 2004, but a group of students worked with the park district to restore it and bring it back into the public eye.

Once upon a time, many of Chicago’s streets were paved not with asphalt or stone, but with wooden blocks. It was cheaper than other options, and vastly better than leaving them as mud. Of course, they didn’t fare so well in the Great Chicago Fire, catching on fire along with the buildings around them. Although some streets continued to be paved with wood after that, they’re all long gone… except for one solitary alley between State and Astor streets in Chicago’s Gold Coast neighborhood. Stop by for a glimpse of what Chicago’s streets used to be like.

Want to get a glimpse of the entire solar system? You can – in Peoria. We’re talking about a 99,000,000:1 scale model of the real Solar System, centered in Peoria and covering 6,000 square miles. The 46-foot Sun replica is housed in the Peoria Riverfront Museum. The 5-inch Earth is 0.94 miles away. Pluto is in a Kewanee furniture store, about 40 miles from the museum. And the Alpha Centauri Star System is at the Apollo 11 landing site on the Moon—though that’s not yet marked by a scale replica.