A visit to Illinois can be a life-changing experience. But even if you haven’t made it this way yet, we can guarantee that something made in Illinois has already changed your life for the better.

A visit to Illinois can be a life-changing experience. But even if you haven’t made it this way yet, we can guarantee that something made in Illinois has already changed your life for the better. Here are five Illinois inventions and innovations that have made a big impact on people’s everyday lives throughout the world. 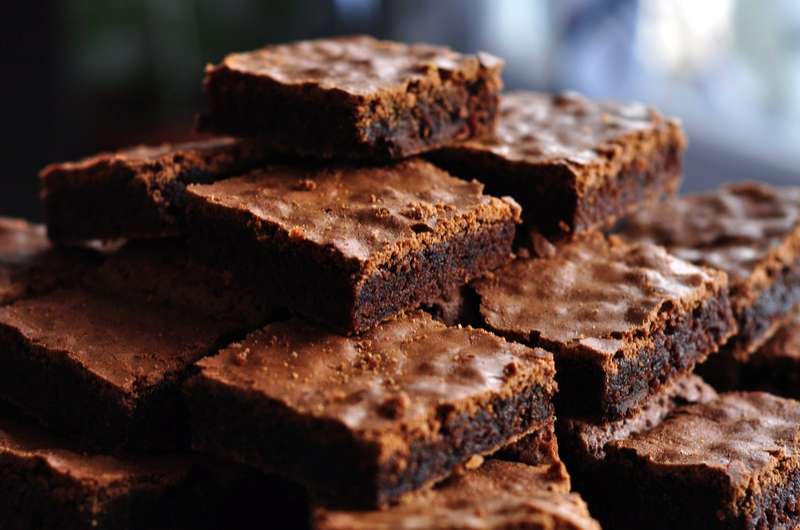 A pile of chocolate brownies, descended from the original Palmer House Brownie

Every home baker has a go-to brownie recipe, but the very first one comes from Illinois.

It was 1893, the year of the World’s Columbian Exposition, a world’s fair held to mark the 400th anniversary of Columbus’ arrival in America. Bertha Palmer, president of the Exposition’s Board of Lady Managers, needed a dessert that could be included in boxed lunches for the Women’s Pavilion. Ideally, that would have been cake—but cake was too big and heavy. So, she turned to the pastry chefs at her husband’s hotel, Palmer House.

They created a chewy, gooey delight, complete with toasted walnuts and an apricot glaze. It was a massive hit, and from there, the dessert spread to eateries and kitchens all over the world—eventually earning the name “brownie.” 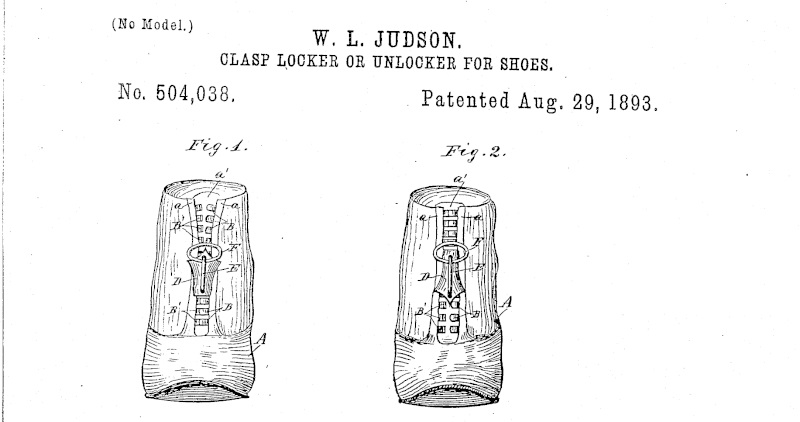 The World’s Columbian Exposition was home to a lot of other firsts, including one most of us deal with on a daily basis: the zipper. Yes, Illinois has been (literally) bringing things together for decades.

Chicago’s Whitcomb Judson was the inventor, though his early design, “clasp-locker,” was a little different than the zippers we know and zip today. It was a complicated arrangement of hooks and eyes, designed primarily for shoes. In theory, it made lacing shoes and boots a lot faster. In practice, it was a little temperamental.

But with further refinements by Whitcomb’s company over the next 25 years, the zipper—as it was so named in 1923—became a favored fastener of clothing designers and customers all over the world.

Visit: Go shopping on the Mag Mile for some new threads. Some of them will probably have zippers. 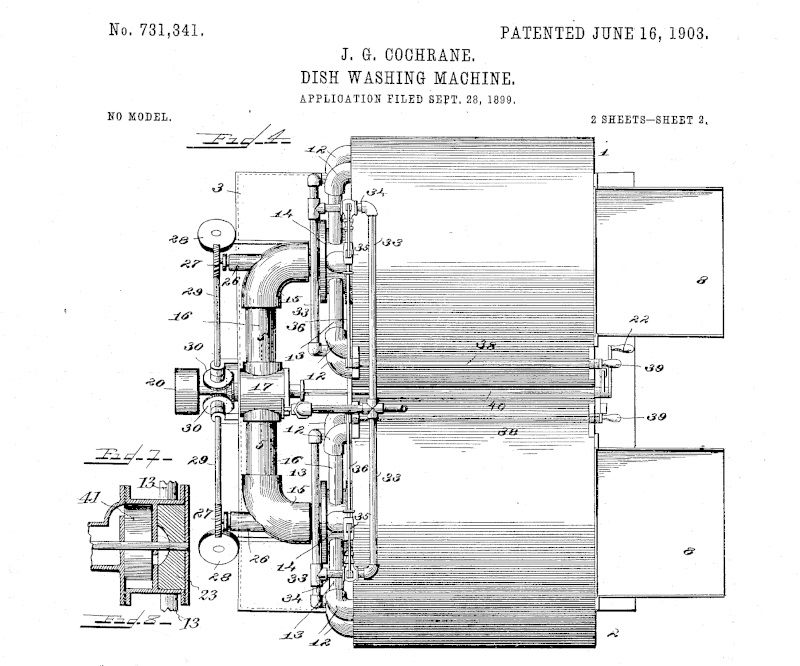 The patent for Josephine Cochrane's dishwasher

If you’ve ever enjoyed the convenience of loading dishes into a dishwasher and letting it do all the dirty (or clean) work, you have Josephine Cochrane to thank.

Josephine, a wealthy socialite from Shelbyville, would often entertain, so her household was no stranger to large numbers of dirty dishes. After one event she was frustrated to discover her servants had chipped some of her china while washing them. From that point on, she resolved to do all the washing-up herself.

But if you’ve ever hosted a large gathering, you know that it’s a lot of work. Josephine felt that someone should have designed a machine to take care of it. Since nobody had, she did it herself.

Her device consisted of wire compartments for each different piece of dinnerware, inside a wheel lying flat in a copper boiler. As the wheel turned, hot soapy water sprayed up and down onto the dishes from the bottom of the boiler. It did the job she wanted, and for her efforts she received a patent for the device in December 1886.

Josephine went on to personally sell the dishwasher to hotels, hospitals and colleges. She had a stronger motivation than ever—her husband had died, leaving her with a large amount of debt. Following a successful exhibit at the Columbian Exposition, she formed a company which would eventually become part of KitchenAid, which holds Josephine’s patents today.

Visit: A granite monument in Shelbyville marks the site of Josephine’s woodshed, where she built her first dishwasher. 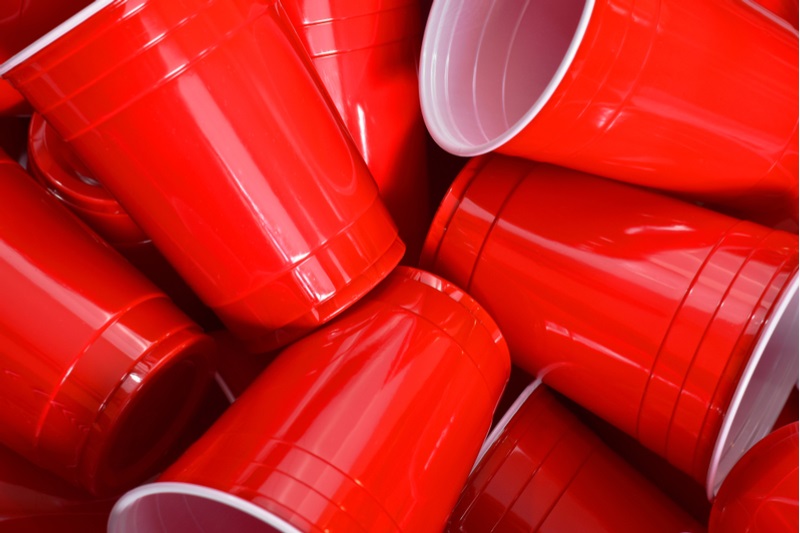 The Red Solo Cup is an icon of American celebration. You won’t find many backyard barbeques, college parties or football tailgates that don’t have a stack or two on hand.

We’ve got Illinois to thank for that. The Solo Cup company opened on Chicago’s South Side in the 1930s, manufacturing cone-shaped paper cups. It developed its signature product in the 1970s in Highland Park; its sturdy, two-toned form proving perfect for parties, picnics and gatherings all over the country. Tough, clever, sturdy, low-key stylish and a welcome guest at social gatherings—of course the Solo Cup is an Illinois invention.

Visit: Take a stack of Solo Cups and enjoy a picnic in one of Illinois’ beautiful parks. 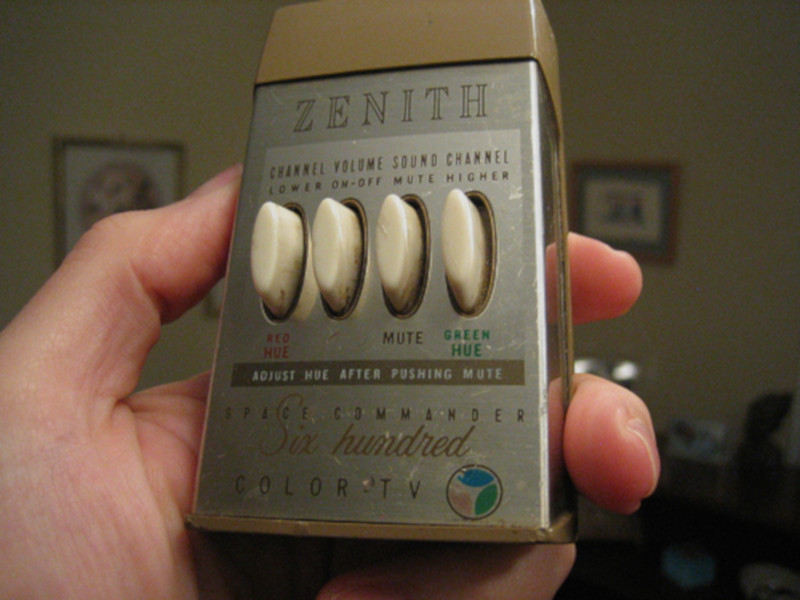 Every time you change the channel from the comfort of your couch, you can thank an Illinoisan. It was in Chicago that Zenith Radio Corporation developed the world’s first television remote control.

It was a three-stage effort from Zenith. First, they introduced Lazy Bones, a remote control attached to the television by wire. It was a big breakthrough, but unfortunately not quite big enough: the wire proved to be a tripping hazard.

Five years later, they finally got rid of the wire with the first wireless remote control, the Flash-Matic. It operated by sending a beam of light to the television. Unfortunately, sunshine falling on the television could sometimes have the same channel-switching effect.

Next they released the Space Command, a wireless remote control that used ultrasonic frequencies. It still had its drawbacks, not least of all the fact that jangling keys or coins could produce similar frequencies. But between these three models, Zenith laid the foundation for the remote controls we’ve known and loved ever since.

Visit: See a Space Command 600 remote at the Chicago History Museum. Or pay tribute to the remote by kicking back in your hotel room for some channel surfing (we can almost guarantee their amenities include remotes).