How Illinois Taught and Inspired 4 Presidents of the United States

The histories of Illinois and the United States are inseparable. You can’t look at one without seeing the impact of the other. That’s perhaps nowhere more evident than the four one-time Illinois residents that rose to lead the union: Abraham Lincoln, Ulysses S.

The histories of Illinois and the United States are inseparable. You can’t look at one without seeing the impact of the other. 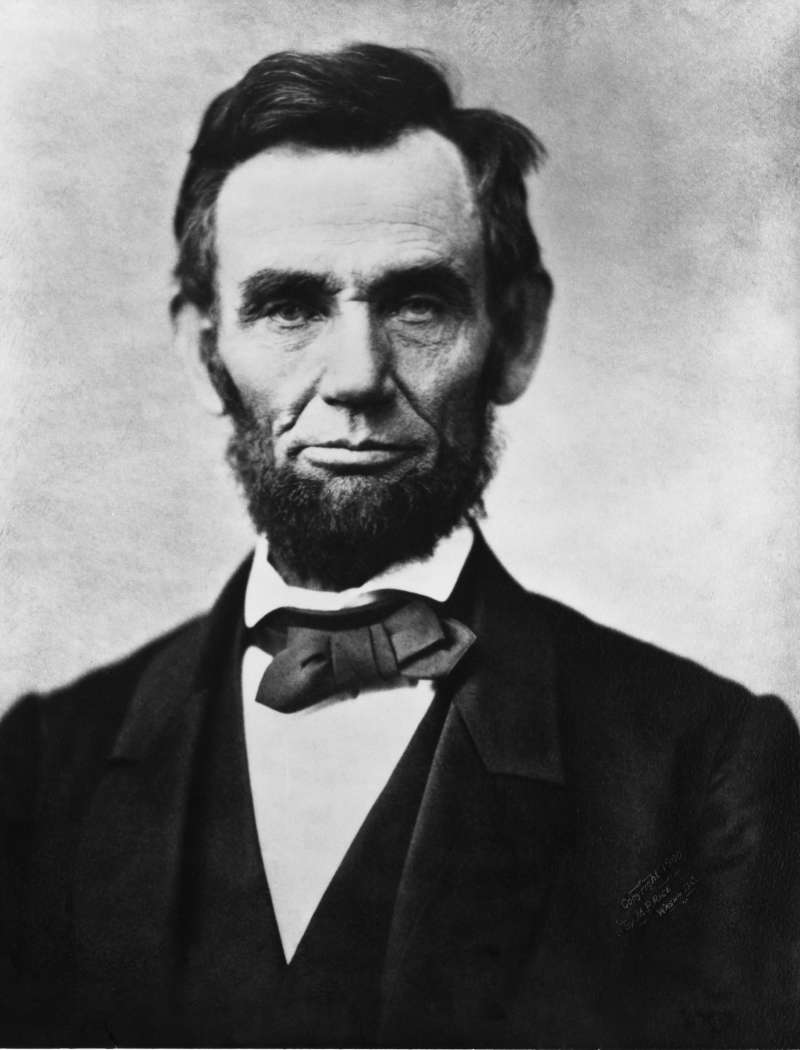 Lincoln may be Illinois’ most famous son—even if he wasn’t born here. His presence is still felt over much of the state, in the form of monuments, historic sites, and the spirit of Illinoisans everywhere.

Lincoln arrived here in 1830 at age 21, with many from his extended family. They settled in Macon County, though they wouldn’t stay long. After a long, hard winter, young Abraham forged his own path, and eventually found himself in New Salem.

After a memorable arrival aboard a flatboat that got stuck on a dam, Lincoln quickly made something of himself. But though his accomplishments there were many—store clerk, store owner, militia captain, postmaster, surveyor—it was his last feat that would set him a course for the rest of his life. He was elected to the state legislature, to represent the Illinois communities that had welcomed him in. 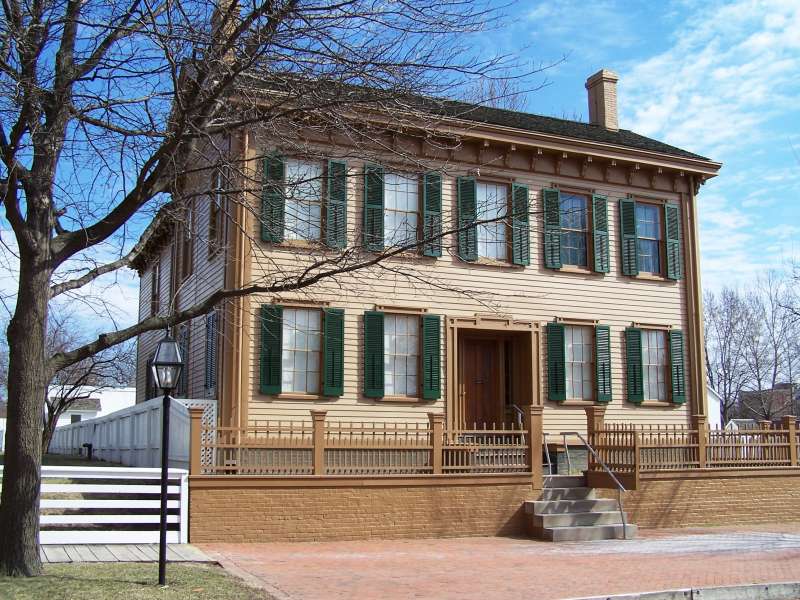 The Lincoln Home in Springfield

That election took him to Vandalia, then-site of the capitol. He borrowed $60 for a suit, and made a name for himself as a sharp legal mind—which he then formalized by studying for and receiving his law license. He served four terms, while practicing as a lawyer.

Following his time there, Lincoln set his eyes on higher office: Congress. After an unsuccessful campaign in 1842, and passing on an 1844 campaign, he reached his goal in 1846, and was elected as a member of the Illinois delegation. He would remain there for one term, from 1847 to 1849.

Although his time in Congress was short, it touched on issues that would define his presidency: war—though at this time the Mexican-American War—and slavery. He supported the unsuccessful Wilmot Proviso, which would have banned slavery in new territories acquired during the Mexican-American War. He also drafted a bill that proposed to abolish slavery in the District of Columbia.

He returned to his legal practice in 1849, but the seeds were planted. Lincoln had grown to be a political leader and forceful legal mind in his time in Illinois, and it would be less than a decade later that he’d move towards the office that he would be synonymous with forever after.

Where to visit: There’s simply no shortage of options. Try Lincoln’s New Salem State Historic Site, the Abraham Lincoln Presidential Library & Museum, the Lincoln Home National Historic Site, or any one of the many other places on offer. 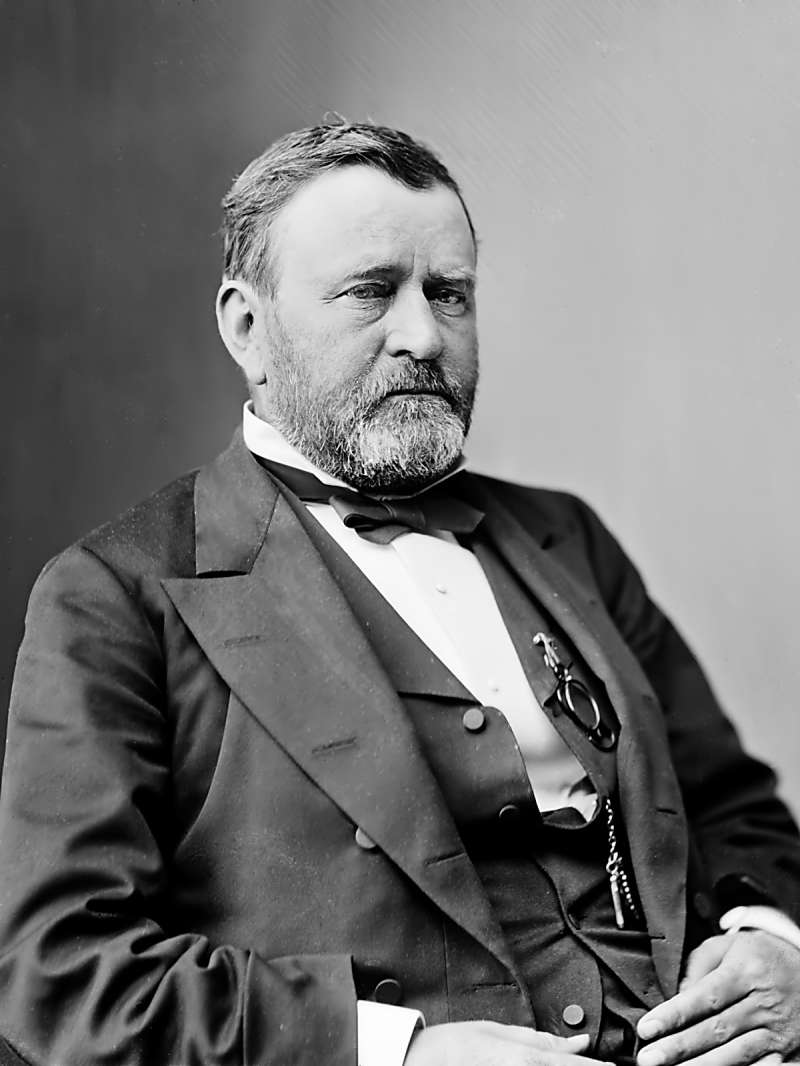 The man who would become the 18th President of the United States was dubbed “Ulysses S. Grant” only as the result of a clerical error. He was born Hiram Ulysses Grant, but a mistake on a West Point appointment form meant he bore that erroneous “S” forevermore.

But he got that in Ohio, not Illinois. However, in Illinois, he received something that would stick with him just as much, and would be far more important for our nation’s history. 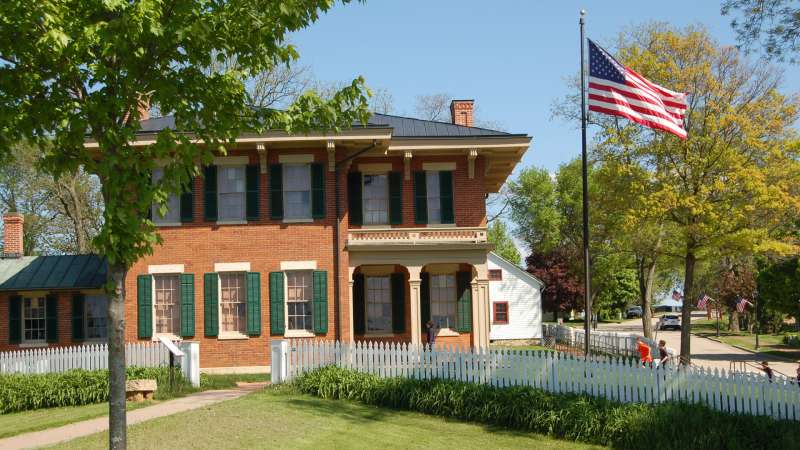 Grant moved to Galena in 1860. It seemed his early days there were not happy, the work not providing him the kind of fulfillment he wanted.

But one thing truly made Grant stand out in Galena: he was its only military veteran. And that’s where his rise to the presidency began.

We can’t know if Grant would have gone as far as he did had he not been in Galena. But we’re glad he was. His military leadership would change the course of the United States forever.

Where to visit: Stop by Galena to check out the Ulysses S. Grant Home State Historic Site and the Galena and U.S. Grant Museum. 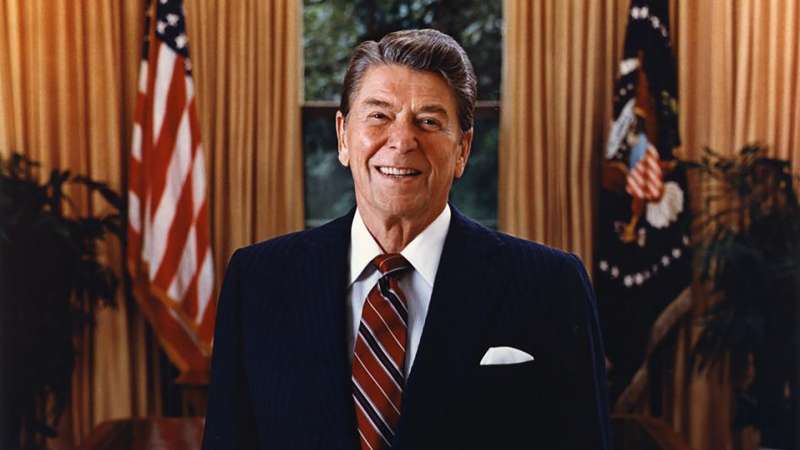 Although four presidents called Illinois home, Ronald Reagan was the only one born here—and here he stayed until the age of 21.

Those formative years stuck with him. He would speak and write of them fondly many decades later, attributing his later life success to what he learned there. “It was a small universe where I learned standards and values that would guide me for the rest of my life.” 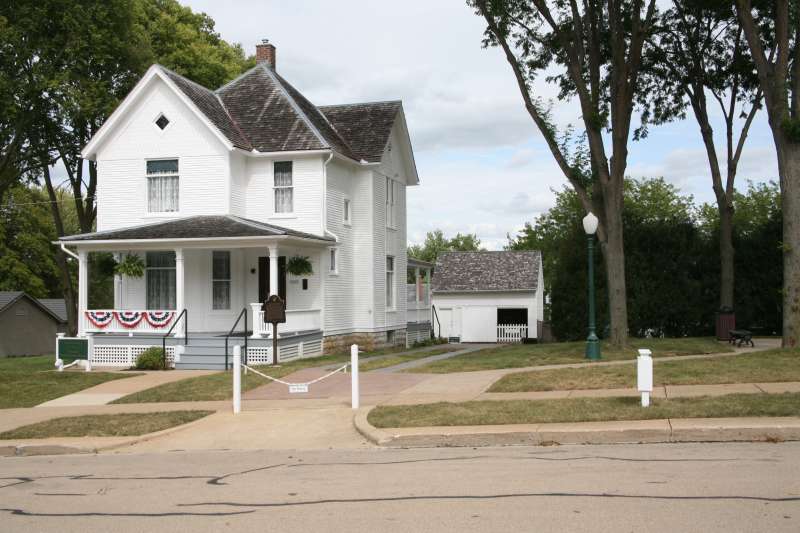 Of Galesburg, where he lived for a time, he said “it consisted of meadows and caves, trees and streams, and the joys of small-town life. From that time onward, I guess I’ve always been partial to small towns and the outdoors.”

Of Dixon, where he would live later, he said “It was a small universe where I learned standards and values that would guide me for the rest of my life.”

“Almost everybody knew one another and because they knew one another, they tended to care about each other. If a family down the street had a crisis—a death or a serious illness—a neighbor brought them dinner that night. If a farmer lost his barn to a fire, his friends would pitch in and help him to rebuild it. At church, you prayed side by side with your neighbors, and if things were going wrong for them, you prayed for them—and knew they’d pray for you if things went wrong for you.

“I grew up observing how the love and common sense of purpose that unites families is one of the most powerful glues on earth, and that it can help them overcome the greatest of adversities.”

Those years taught him values, taught him what it was to be a leader, and taught him the value of small-town American community. 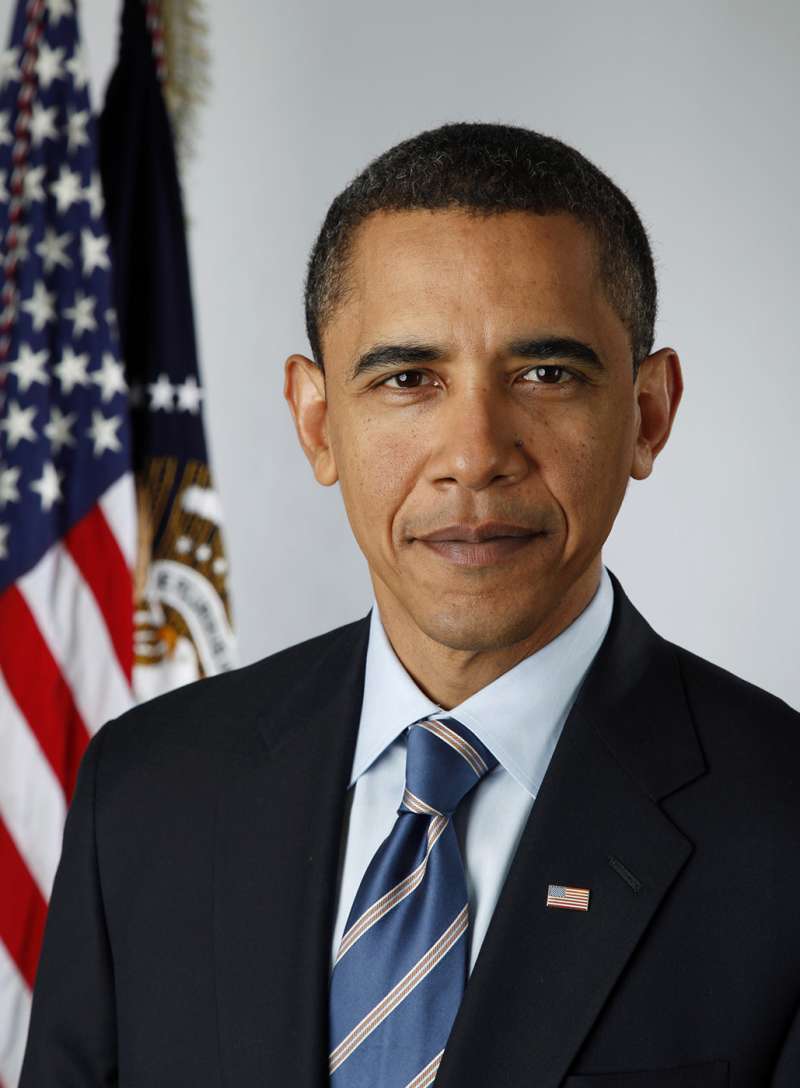 Barack Obama didn’t receive his formal education in Illinois, but here he got “the best education I ever had”.

He revealed that in his Springfield speech announcing his presidential candidacy in 2007, in reference to his work as a community organizer on Chicago’s South Side between 1985 and 1988. 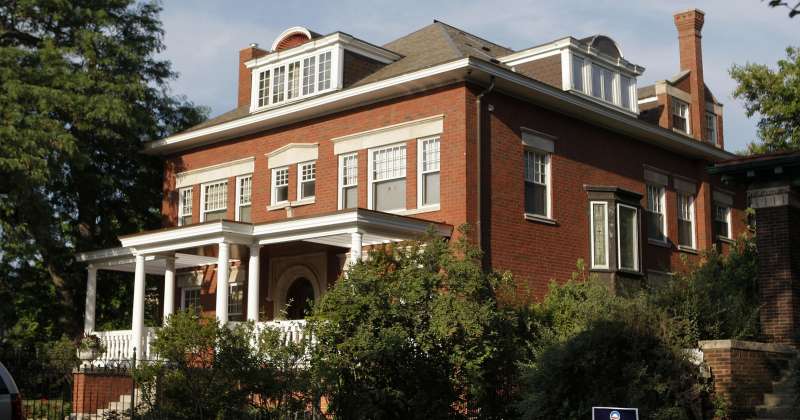 That work is what first brought Obama to Illinois. After graduating from Columbia University, he’d struggled to find work in the areas that interested him. Two years on, he answered a job advertisement for that grass-roots community organizer role. There, at the Developing Communities Project, he saw the impact economic decisions could have on neighborhoods. He was inspired to make a difference.

“My work took me to some of Chicago's poorest neighborhoods,” he said in that Springfield speech. “I joined with pastors and lay-people to deal with communities that had been ravaged by plant closings. I saw that the problems people faced weren't simply local in nature -- that the decision to close a steel mill was made by distant executives; that the lack of textbooks and computers in schools could be traced to the skewed priorities of politicians a thousand miles away; and that when a child turns to violence, there's a hole in his heart no government could ever fill.

“It was with these ideas in mind that I arrived in this capital city as a state Senator.”

That was 12 years after he first arrived in Illinois. And it was there he would stay for another seven years, before he was elected to the United States Senate, and then, four years later, the presidency.

“It was here, in Springfield, where I saw all that is America converge—farmers and teachers, businessmen and laborers, all of them with a story to tell, all of them seeking a seat at the table, all of them clamoring to be heard.”

“It was here, in Springfield, where North, South, East and West come together that I was reminded of the essential decency of the American people—where I came to believe that through this decency, we can build a more hopeful America.”

Where to visit: See the neighborhood where the Obamas lived in Chicago, or Obama’s favorite classroom at the University of Chicago Law School, where he taught constitutional law between 1992 and 2004.