Where to Eat on Route 66 in Illinois

A great road trip isn’t just about the drive, or the sights. It’s also about the pit stops you make along the way. Particularly, for food. When on Route 66, you’ve just got to indulge in some old-school American hospitality, charm and cuisine.

A great road trip isn’t just about the drive, or the sights. It’s also about the pit stops you make along the way. Particularly, for food.

When on Route 66, you’ve just got to indulge in some old-school American hospitality, charm and cuisine. There are a lot of places you can stop—but here are a few of the top. 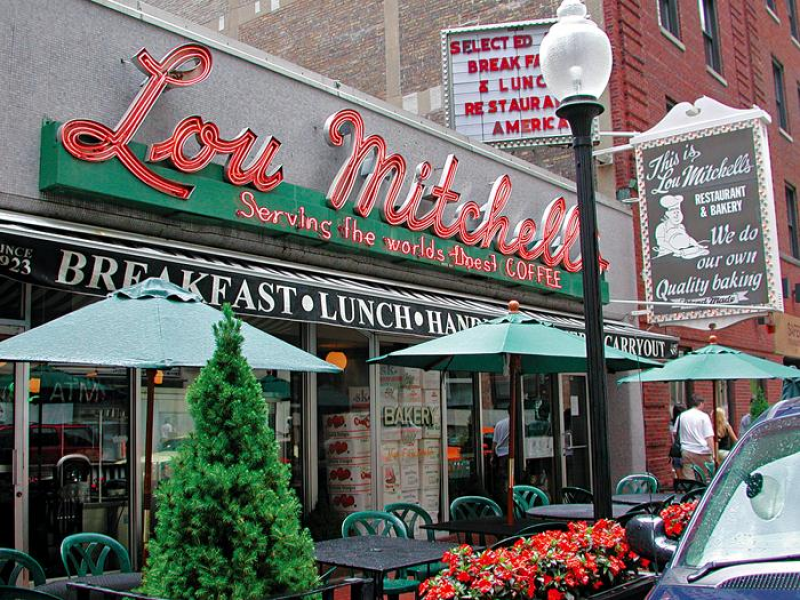 Just a few blocks from the start of Route 66, Lou Mitchell’s has been dubbed the “first stop on the Mother Road.” You can enjoy a classic American diner experience, complete with fluffy pancakes, Belgian waffles and shakes—not to mention what the neon sign proclaims as “the world’s finest coffee.” Throw in booth and counter dining, and it’s the perfect place to start your celebration of Americana.

Try: The fluffy jumbo omelets available with just about any ingredient you can imagine

Your first taste of Dell Rhea’s won’t be the food. That honor goes to the famous neon sign, which has welcomed hungry Route 66 road trippers for more than 70 years. But it’s the food you’ll remember—in particular, the namesake basket. Half a chicken, hand-breaded and deep-fried, served in a basket with French fries, homemade coleslaw and freshly-baked biscuits. There’s a reason they’ve been serving it up the same way since the 1930s.

Try: It's gotta be that Chicken Basket, right? 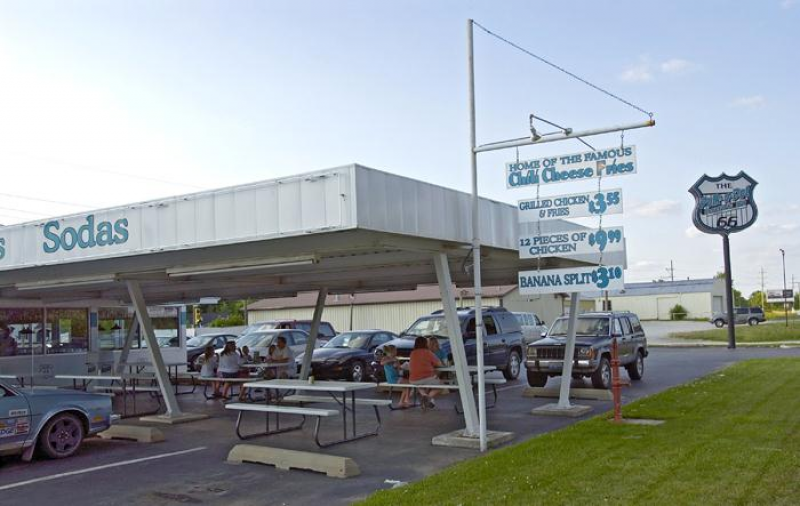 Back in 1956, you’d have ordered your Polk-a-Dot fast food from a converted school bus. That’s where founder Chester “Chet” Fife first set up shop, before moving to the current building in 1962. The Polk-a-Dot today reflects that era, with tableside jukeboxes and memorabilia galore. In the parking lot, your car will be watched over by a series of fiberglass statues depicting Elvis Presley, Marilyn Monroe, James Dean and more. 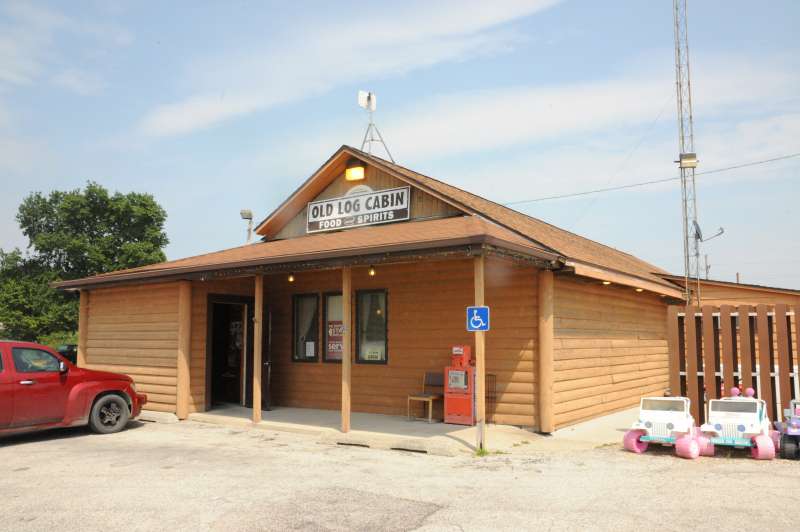 This truly is a place that moved with the times (literally). The Log Cabin was built in 1926, facing Route 4, which later became Route 66. Years later, Route 66 was repositioned to the other side of the building. They weren’t about to miss out on drive-by customers, so they used a team of horses to help lift and move the entire building so that it faced the new road. Their foresight means you can still enjoy the rustic, retro charm today.

Try: Order up the #5 for breakfast, or a hot sandwich at lunch, complete with mashed potatoes 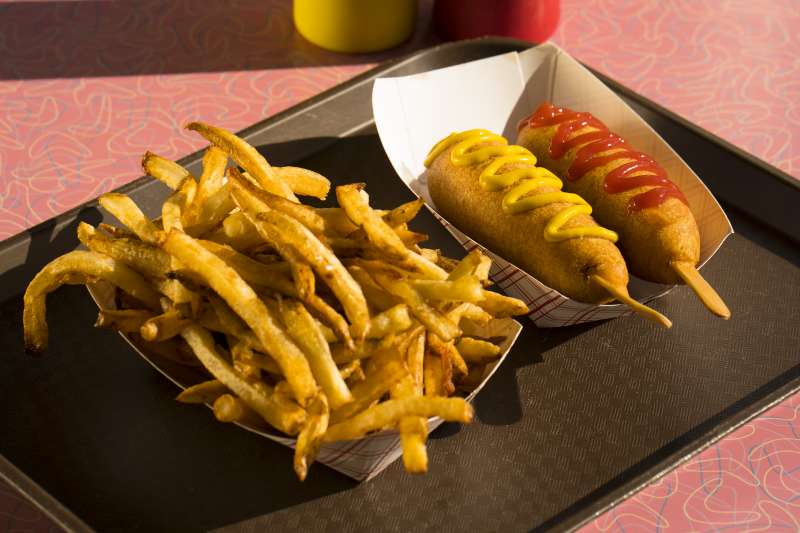 At the Cozy Dog, you’ll get a real piece of American history. It’s the home of the corn dog, a juicy hotdog skewered, battered and fried to crispy perfection. It’s also a magnificent Route 66 landmark, full of Mother Road memorabilia and stories from its past. 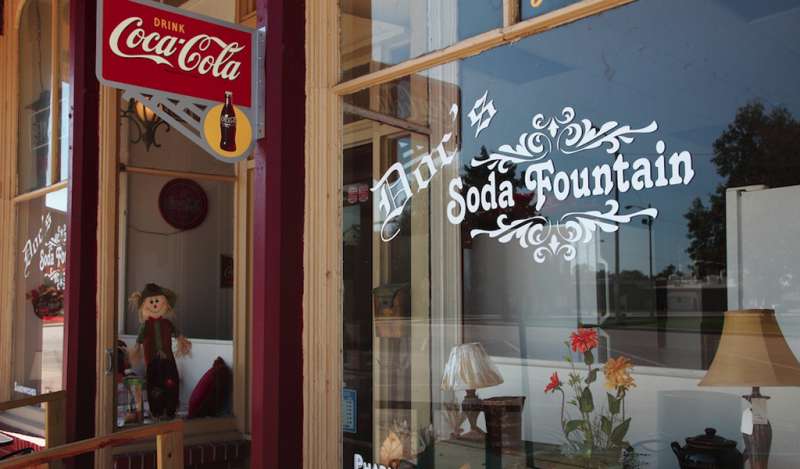 Here’s your nostalgic old-school soda fountain experience. Doc’s has served soda since 1929, but its history goes back to 1884, when it opened as Deck’s Drug Store. Today it celebrates all sides of its history with a range of Coca-Cola memorabilia and an extensive display of old drug store supplies. 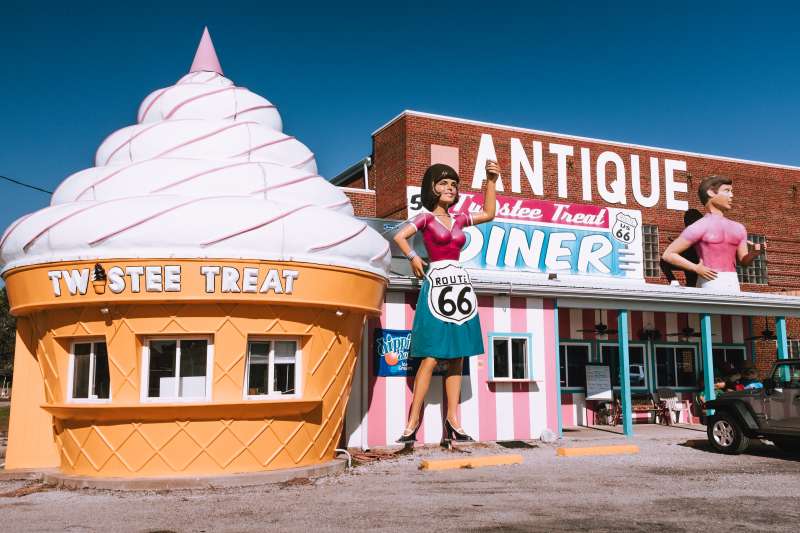 What a sight! The Twistee Treat and the adjoining Pink Elephant Antique Mall are hard to miss, with the giant fiberglass pink elephant, flying saucer, ice cream cone and ‘50s-era waitstaff standing outside. While the diner itself was built in more recent times, its pink and teal interior is pure 1950s. Fire up the jukebox and bask in all the kitsch. 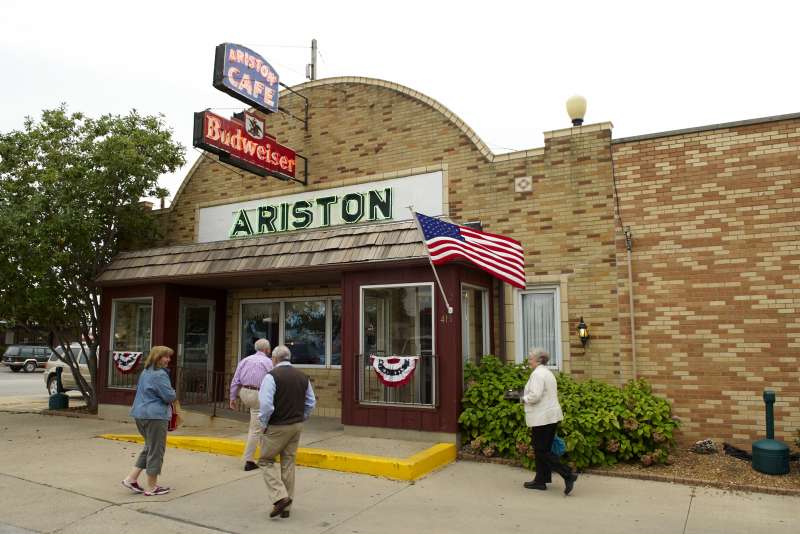 The Ariston deserves its spot on the National Registry of Historic Places. It’s been run by the same family since it opened in 1924 (since 1935 in its current site), serving classic cuisine in an old-school dining room. It’s got a sterling reputation for great food and great service and is just the place for an authentic dining experience.

Try: People rave about the liver and onions. If that’s not your thing, you can’t go wrong with their steak. 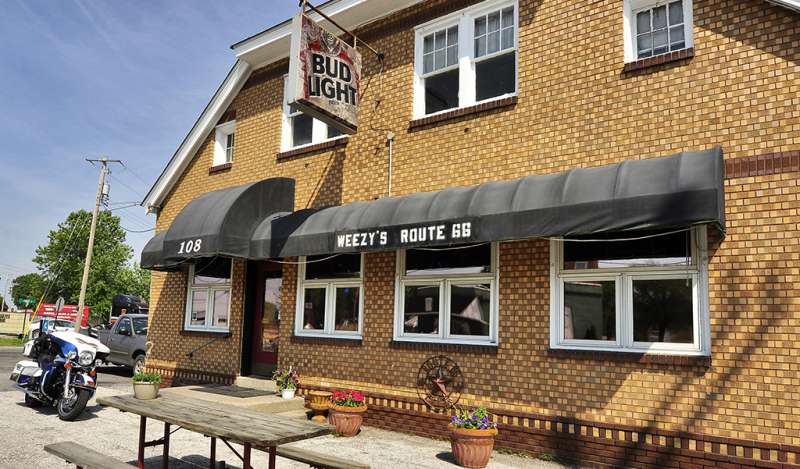 Route 66 travelers have known Weezy’s by a lot of names since the 1930s. You can still see that history on its walls, with old signs for “Earnie’s Restaurant,” “Tourist Haven,” “Village Inn” and “Scotty’s Route 66 Bar & Grill.” Though the name has changed, the quality, charm and welcoming vibe hasn’t. With red vinyl chairs, a black-and-white checkered floor and maps and road signs galore, your Route 66 experience just might have been all leading up to this.

Try: Ask them what’s good – it’s too hard to choose!