Welcome to Decatur, My Hometown

A local takes you on a tour of his hometown, Decatur.

This statue marks the site at Main & Main Streets in Decatur, IL, where Lincoln stood on a stump to give his first political speech.

Home You are in… Illinois 200 » Welcome to Decatur, My Hometown

*By Decatur City Council Member, Patrick McDaniel* Located right in the heart of the Land of Lincoln[https://www. enjoyillinois. com//plan-your-trip/places-to-go/land-of-lincoln/], Decatur is the Illinois city where in 1830, a 21-year-old Abraham Lincoln first arrived with his family from Indiana.

Located right in the heart of the Land of Lincoln, Decatur is the Illinois city where in 1830, a 21-year-old Abraham Lincoln first arrived with his family from Indiana. It’s also where his life would be forever changed and shaped by local residents and experiences while on his historic road to becoming the 16th President of the United States. How fortunate I was to have been born and raised here!

Each day I walk out my front door to view West Main Street. This was originally the road out of town that Lincoln traveled by horseback in the 1830s, 1840s and early 1850s, on the way back to his home in Springfield. He was a lawyer then, helping local Macon County residents with their legal problems in the County’s first courthouse. A sturdy building constructed of locally-harvested logs in 1829, it has been preserved today at the Macon County History Museum, where visitors can still experience the spirit of Lincoln as a lawyer. 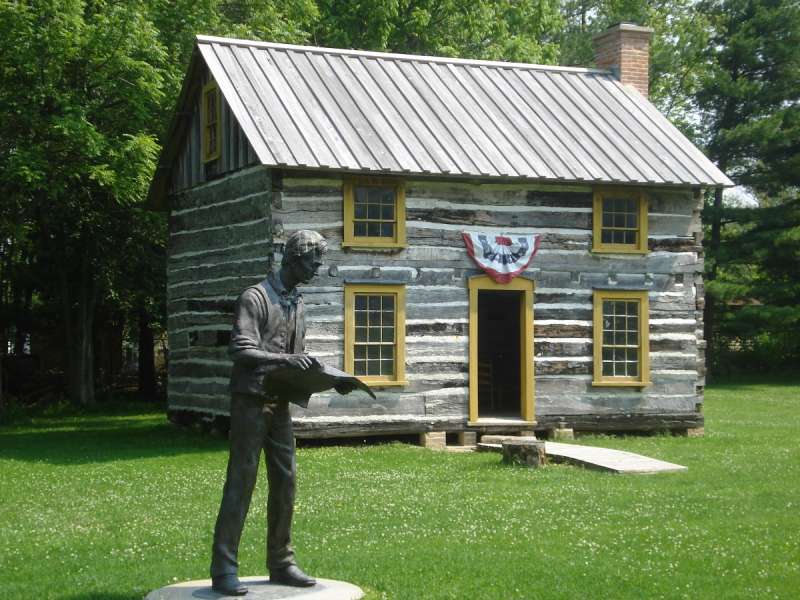 Imagine Abraham Lincoln, the 6'4" lawyer, ducking to avoid bumping his head on the entrance of Macon County's first courthouse built in 1829, which was the only log courthouse where Lincoln practiced law.

If I turn west out of my driveway, I could head toward Springfield to experience another important part of Lincoln’s life, and if I turn east, I could head to downtown Decatur to experience historic Lincoln Square. Here, you can encounter the exact spot where Lincoln and his family first camped out in their covered wagons in his first Illinois home after arriving from Indiana.

Turn around and look across the street and you’ll see the precise spot—depicted by a statue of a young Lincoln standing on a log stump–where Lincoln gave his first ever politically-inspired speech defending the platform of the country’s Whig Political Party.

Traveling just another block and turning left at the corner of Water Street, I could experience a little of my own background by looking up to the third-floor apartment above the historic Raupp’s Shoes, which was my very first home after being born and brought home from hospital. From that apartment window, I could look across the street at the parking lot where, back in 1860, delegates gathered at the Illinois State Republican Convention where Lincoln was first mentioned and nominated for the presidency of our great nation. 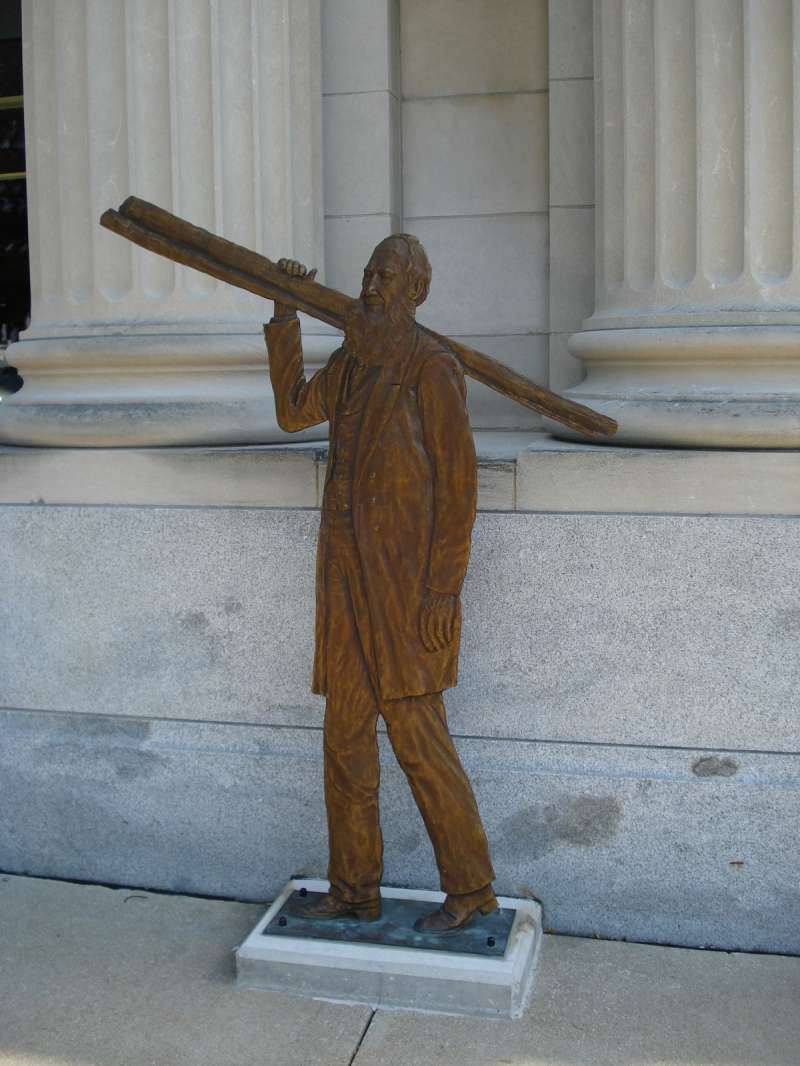 This bronze statue commemorates the location of the 1860 GOP Convention in Decatur, IL, where Lincoln was nominated by John Palmer as a candidate for the presidency of the United States. At that same event he was given the campaign nickname of "The Rail-Splitter" candidate.

If I turned in a different direction, I could look over at my city’s historic Central Park, which just happened to be my first childhood playground. This is also where each Monday evening from June through August, the oldest continuous municipal band, the Decatur Municipal Band, has entertained millions of local residents since 1871. 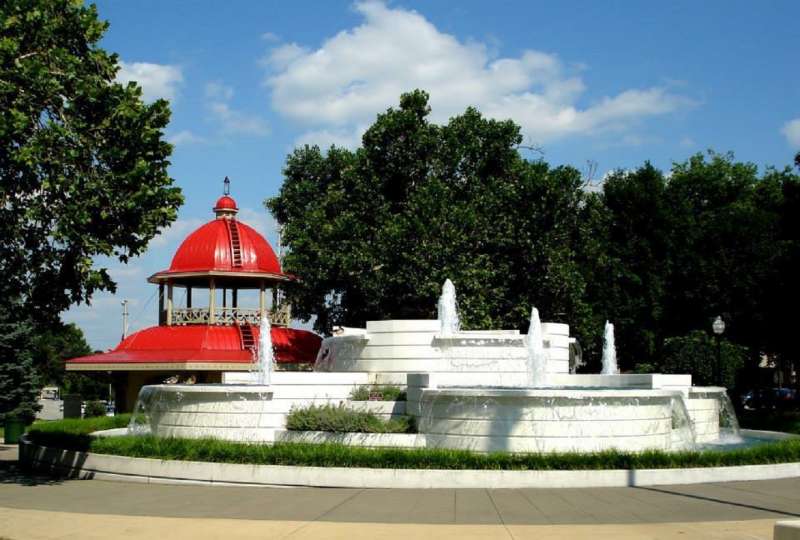 The Transfer House, shown in the background, is a historic building located in Central Park in downtown Decatur. Built in 1896, the building originally served as a transfer point for Decatur's electric streetcar system. Widely used as the iconic symbol for the city, the Transfer House is listed on the National Register of Historic Places.

If I continued to walk down the various downtown streets of my hometown, I could experience not only shopping at Raupp’s Shoes, where I still buy my shoes (sorry, I am very sentimental that way and feel a kindred spirit to the building I first called home), but a variety of unique retail boutiques. These are shops where I can actually touch the merchandise and smell the aroma of candles and popcorn in the stores on historic Merchant Street, the oldest retail street in Decatur—experiences I would surely miss if I bought only from online businesses. 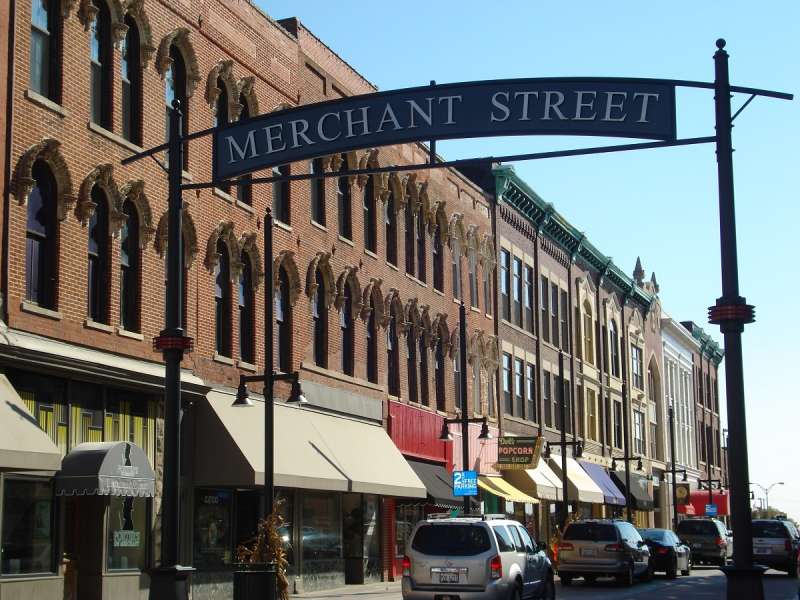 Historic Merchant Street is home to locally-owned shops and restaurants.

Shopping in local retail stores isn’t the only experience I could offer up to out-of-town guests while walking the streets of my community. I could also offer my guests great dining experiences in a variety of restaurants and cafés that offer a large range of meal entrees that will have them wanting to come back to Decatur for a dining visit.

My hometown just happens to be ideally-located in the heart of the historic Lincoln Heritage Region, another reminder of where the real Illinois story of Lincoln first took place. It also just happens to be located in the center of Illinois, close to loads of other interesting cities that visitors can journey to in order to further explore the 200 years of Illinois history that Decatur has been proud to be a part of—well, for the 189 years it’s been in existence. 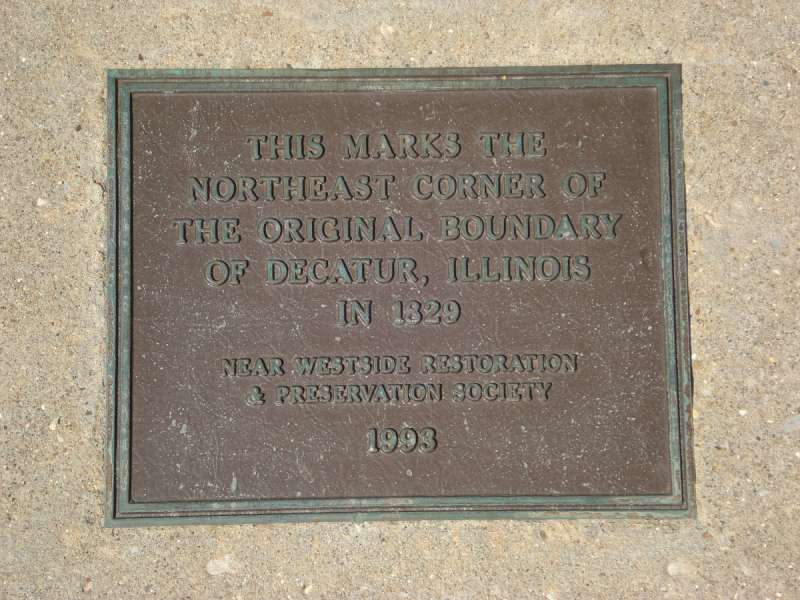 This plaque located in the sidewalk around Central Park, says that the spot “marks the northeast corner of the original boundary of Decatur, Illinois in 1829.”

I am so proud to be a native of Decatur and Macon County–as a hometown boy who was born and raised here, as a Vietnam Veteran who returned here to live, and now as a City Council Member who serves the citizens of this great city that has played an important role in contributing to the first 200 years of Illinois history.

By being the first Illinois home of the state’s first ever President of the United States… the home of the state’s first ever three-time governor… the home of five Civil War generals who all served their state proudly… the city that people around the world call the Agri-Business Capitol of the World… and by being an innovative and progressive industrial and educational center, the City of Decatur, myself and all the citizens of Decatur and Macon County are proud to say that we had a part in helping mold the first 200 years of Illinois history. I am sure that future generations will continue to play vital roles in the state’s next two hundred years. 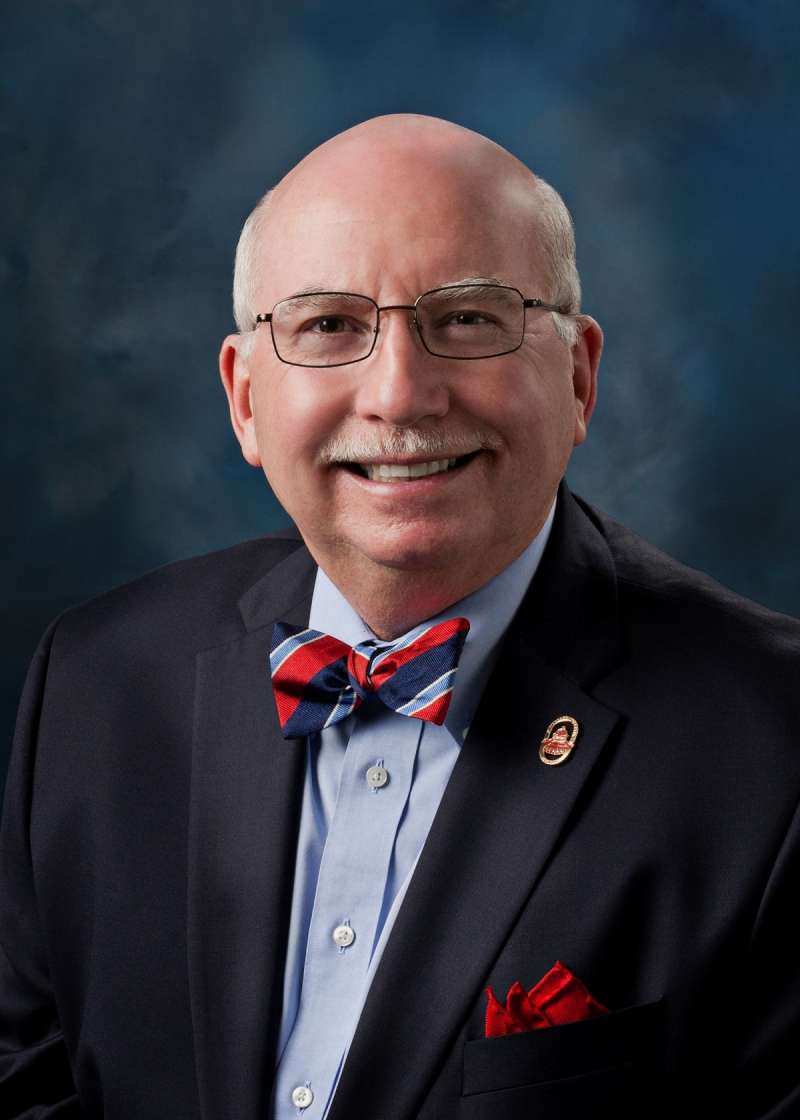