Olney, IL has an unusual distinction. For decades, this town has been home to a population of albino Eastern grey squirrels that are totally white.

Home You are in… Illinois 200 » White Squirrels of Olney

Meet the White Squirrels Olney, a small town in southern Illinois, has an unusual distinction. For decades, it’s been home to a population of totally white albino Eastern grey squirrels. White squirrels in Olney, Illinois This is a pretty rare circumstance.

Olney, a small town in southern Illinois, has an unusual distinction. For decades, it’s been home to a population of totally white albino Eastern grey squirrels. 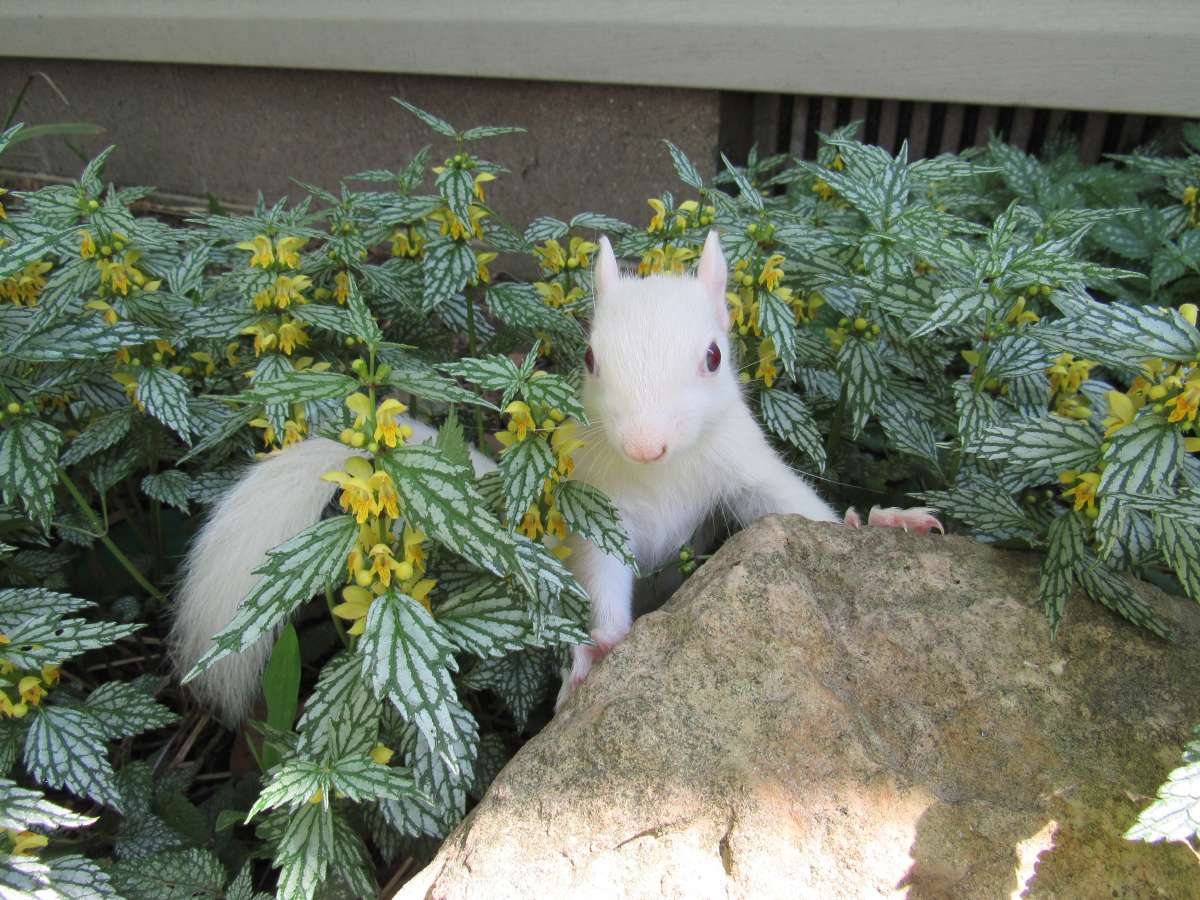 This is a pretty rare circumstance. The albino gene is recessive, so for one or more of a squirrel litter to be white, both grey squirrel parents must carry it. There’s a number of legends about how so many came to be in Olney, but one favorite is that rural families brought in the original white squirrels to show off in taverns. However they arrived, the squirrels stuck around. 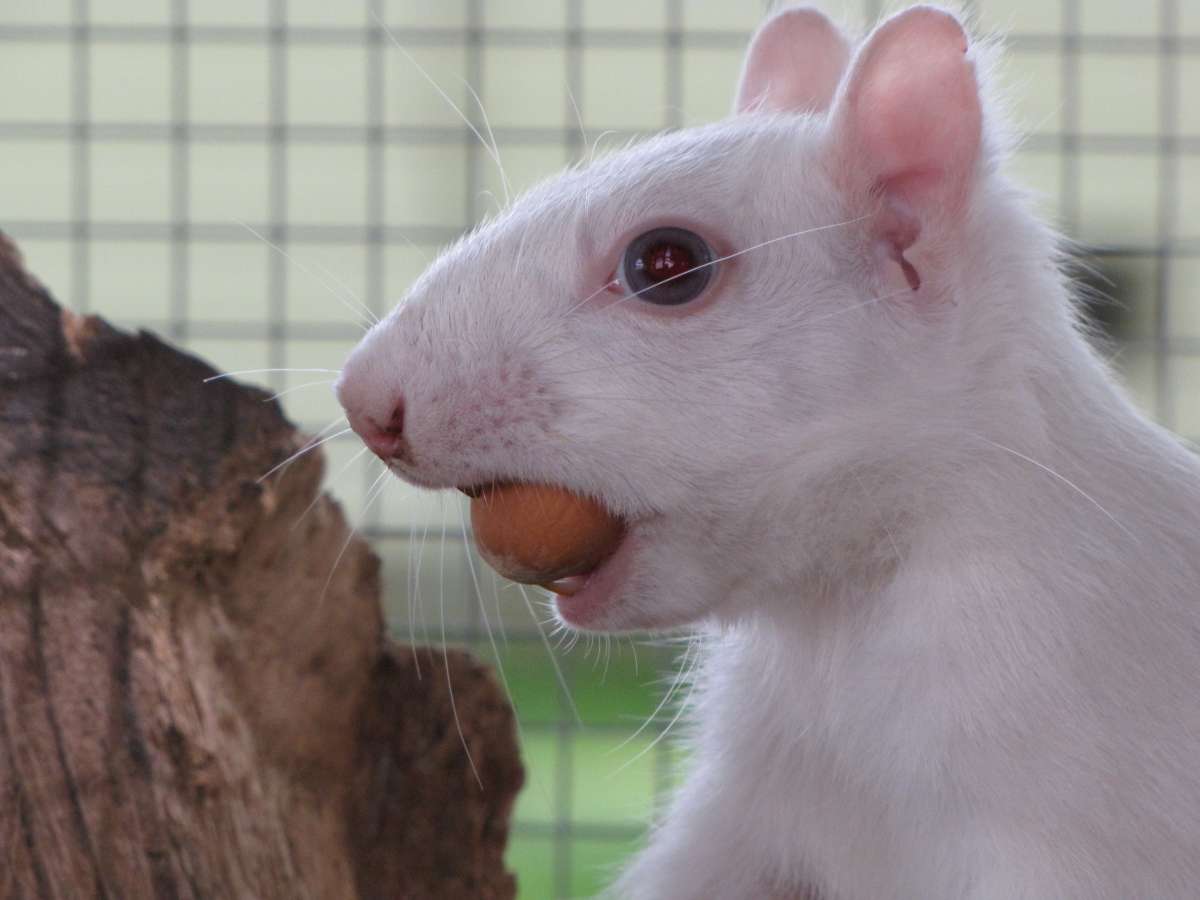 The people of Olney are glad they did. They’re a major tourist attraction and have received global coverage in magazines and on television, including National Geographic, BBC, Nick at Nite, NBC’s Today Show, Roadside Attractions magazine, CMT and even a show in New Zealand. Throughout town you’ll see them immortalized in illustrations, the city logo, statues and souvenirs.

But the best way to see them is, of course, in person. The best times to spot them are early morning or dusk, when they feed. But remember, they are wild animals, so don’t try to approach them or catch one—that’ll get you in trouble in Olney!

Speaking of trouble, occasionally the squirrels will run into some themselves. It used to be that it’d fall to the city’s parks department to handle an injured or abandoned white squirrel, but that wasn’t ideal. The squirrels needed help, but who could handle their needs?

Belinda earned a reputation as an animal rescuer when she was growing up in Olney. She helped save lost or wounded birds and animals, and even raised a baby raccoon.

Word got around, and friends and neighbors began to bring her injured or abandoned animals. She would nurse them back to health or find them a home.

With many people, this would be a nice story about a compassionate little girl, and that would be the end of it. Not Belinda. Following a stint in St. Louis, she returned to Olney and went to work for the city. Her passion for rehabilitating animals was fanned into a bright flame that continues burning brightly.

It didn’t take long for Belinda to become the “go to” person for white squirrel rescue (and also for owls, swallows, raccoons, an iguana, flying squirrels, rabbits and even a skunk). 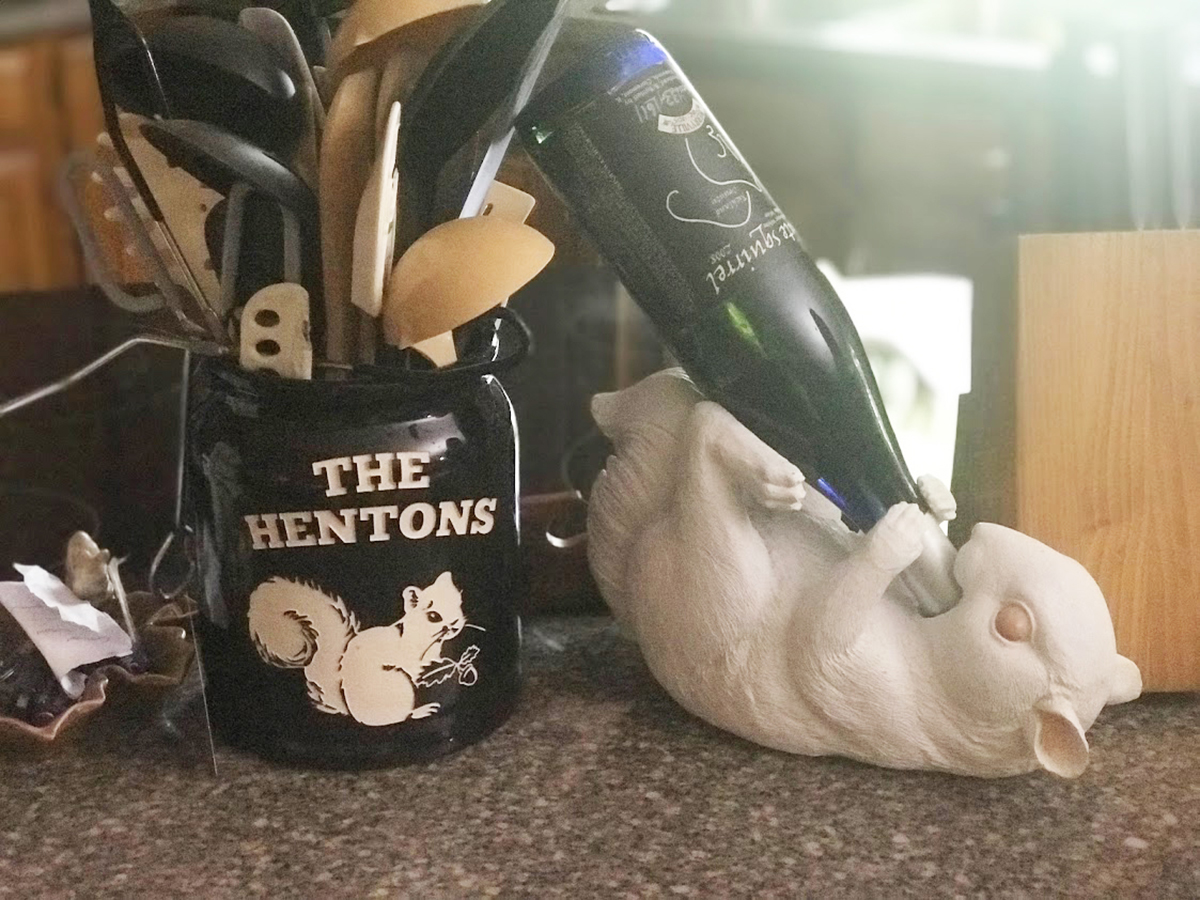 For years, Belinda did this rather “unofficially.” But after a 1996 article in the Olney Daily Mail, the Illinois Department of Natural Resources told Belinda she needed to get a wildlife rehabilitation permit. She did, and from there, her reputation expanded. The legend of the “White Squirrel Lady” was born.

Making sure the squirrels have enough to eat is quite a challenge, especially in hot, dry summers or very cold winters. Belinda buys a special formula and bottle-feeds the tiniest kits (baby squirrels) until they can be returned to the wild. 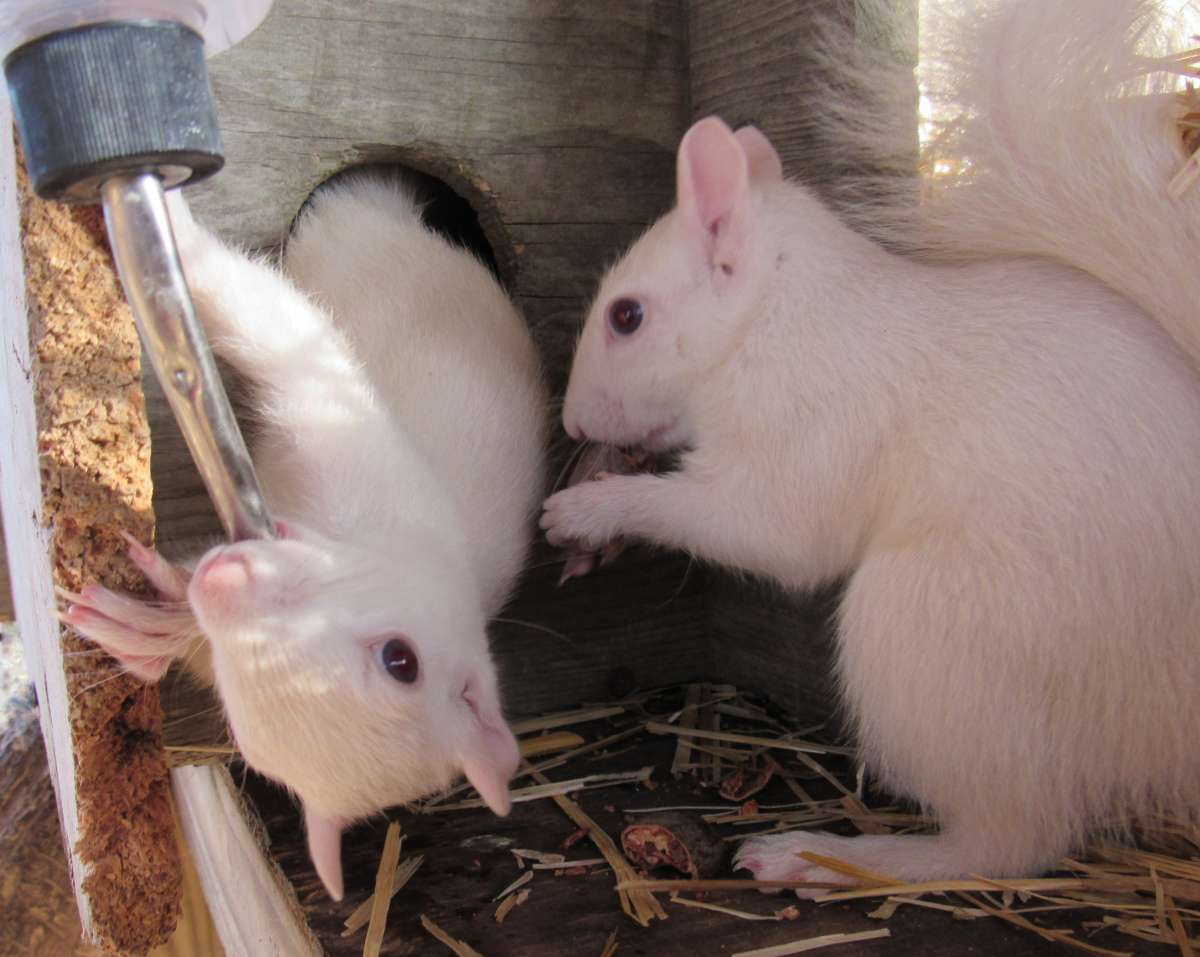 Looking after the older squirrels is a community affair. Belinda builds feeders that residents use to attract the squirrels to their yards and supplement their diets. A local man “loaned” Belinda a two-acre plot of land to plant corn for the feeders. One farmer donates and plants the seeds, and another harvests the corn in the fall. The corn cobs are stuck onto nails driven through boards to create another kind of squirrel feeder. Belinda figures they’ve harvested 300–400 bushels of corn!

For the really sick animals she rescues, Belinda turns to the Richland County Veterinary Center and Dr. David Eckiss, who provides invaluable help when a problem is beyond her expertise.

Sometimes, help comes from interesting sources, like friends of songwriter, Peter Mar. Mar wrote Christmas carols about squirrels, including one for Olney’s white squirrels. After his death, his friends took up a collection and gave the money to Belinda to care for the white squirrels.

How You Can Look After the White Squirrels

Belinda is quick to credit the many other people who help take care of Olney’s white squirrels—including many visitors who volunteer for the White Squirrel Count.

Olney College’s Dr. John Stencil started the Count in 1976 to monitor the health of the population. It’s still an annual tradition more than 40 years later, with people coming from all over Illinois to help. Each volunteer walks an assigned territory and records the number of white squirrels, grey squirrels, cats (they are the squirrels’ worst predators), feeders and nests seen.

Ready for your First White Squirrel Sighting? This year’s White Squirrel Counts will take place Saturdays October 5, 13 and 20. To volunteer, pick a date and register in advance by contacting City Hall (618-395-7302, ext 3). You’ll be given instructions and a map of a specific area where the squirrels have been seen.

And if you can’t make it for the count, anytime is a good time to visit the white squirrels of Olney.