Using a species of wheat that hadn’t been sown in the Midwest since the early 20th Century, baker Ellen King crafts artisanal bread with old-fashioned techniques.

Home You are in… Get Inspired » Hewn Bakery

Before getting into baking, Ellen King was studying the process of preserving 18th-century homes. Little did she know just how much the two had in common. While working on an old home, King noticed something interesting: the structural beams bore the unmistakable markings of an axe.

Before getting into baking, Ellen King was studying the process of preserving 18th-century homes. Little did she know just how much the two had in common.

While working on an old home, King noticed something interesting: the structural beams bore the unmistakable markings of an axe. Before carpenters could rely on the precision of electric saws, they'd often shape logs by hand using a broad axe. Such beams are said to be hewn—the telltale signature of a master craftsman.

As a graduate student, King had learned about how grain farming had helped shaped Chicago's industry. She made a connection. In the same way individual, hand-hewn beams gave way to the uniformity of sawed lumber, the commercial yeasts of the modern bread industry had led to standardized, impersonal loaves. Today's bread lacked the authentic flavor of the past, she wagered, just as those hand-built homes once defined life on the prairie.

Deciding to revive the world of artisanal bread, King got her hands on a species of wheat that hadn’t been grown in the Midwest since the early 20th Century. Nobody really knew what old-fashioned artisanal bread should taste like, but King saw that as her opportunity to re-create something all her own—to build a rustic bakery kept upright with hand-hewn loaves.

Stepping into Hewn, King's bakery in Evanston on Chicago's North Shore, you can't help but sense the dedication to bring old-fashioned bread back to life. As both the owner and head baker, King carefully curates every detail, from the smell of freshly baked loaves wafting in the air to the reclaimed wood adorning the walls and countertops.

Making your way into the kitchen, you’ll see that all of Hewn’s breads are held to a high standard.  Bakers naturally ferment and hand-mix the dough before baking it in an old German oven, whose stone hearth and steam-injection system ensures the hearty crust that's so prominent in artisanal bread. All in all, the process takes nearly 20 hours to complete.

As part of its mission to infuse bread with the old-world flavors of Illinois grain, Hewn also source spent beer grains from local breweries. The result is not only a more authentic, interesting flavor—it's also a reminder of the ways Illinois agriculture has kept communities connected for centuries. When making your way through Illinois, be sure to stop into Hewn to taste a commitment to old-fashioned flavor that's truly Illinois Made. 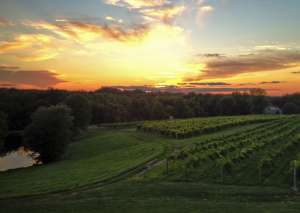 After retiring from Southern Illinois University in 1978, Guy Renzaglia decided ... 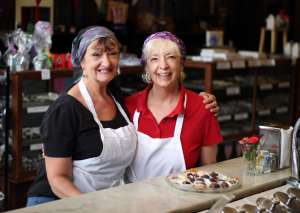 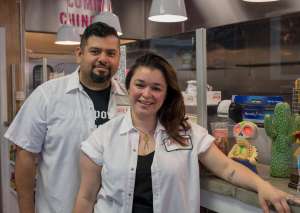