Roll down the windows and explore one of the state’s seven scenic byways, which pass dozens of natural wonders and local gems.

Home You are in… Get Inspired » Highlights Along Illinois’ Scenic Byways

Stretching from East Dubuque in the north to Cairo in the south, this 570-mile byway meanders beside the Mississippi River through 18 counties and past 15 locks and dams, defining much of the Prairie State’s western edge. The drive traces the broad waterway along upland meadows, through dense forests, past limestone bluffs and among cypress swamps. In winter, eagles and other birds of prey soar over river towns such as Savanna near the tour’s northern reaches. The road dallies in communities where visitors can bike or hike on trails close enough to the water’s edge to hear people conversing aboard passing barges. Steamboats depart from Moline and Rock Island, the Illinois half of the Quad Cities.

Nineteenth-century covered wagons helped blaze one of the first trails west across south-central Illinois. Pioneers called the route simply the National Road. US-40 replaced the old frontier trail, which takes its time through fields and farm towns. Following that historic route from the Indiana state line to the Mississippi River, the National Road Scenic Byway plays tag for 165 miles with I-70. Stands of oak and silver maples flank the byway briefly, then long views of corn and soybean fields replace them. Windbreaks of trees surrounding farmhouses and hulking grain elevators rise above the flat landscape.

Like most National Scenic Byways, Route 66 today carries travelers more interested in the going than the getting there. The route symbolically begins at Chicago’s Buckingham Fountain and continues for 300 miles southwest through Illinois (or about 435 miles if you take all the original side roads). Much of the Illinois section runs just a few yards from I-55 traffic. A big part of the Route 66 fun is the tribe you join en route. Because most people travel at about the same pace, you may run into the same folks over the course of several days—at restaurants, museums and motor inns—and end up swapping tips about must-see statues and diners and sharing stories about your experiences.

Nearly as old as the automobile, the Lincoln Highway—US-30 for much of its way across northern Illinois—was born when Midwest visionaries saw the need for a New York-to­-San Francisco route. In 1924, Illinois become one of only two states to pave every mile of the highway, two years before Rand McNally published its first atlas. Now, I-80 and I-88 parallel almost all of the 179-mile route through Illinois, which stretches from Lynwood, a Chicago suburb, to Fulton along the Mississippi River. Take your time and follow the plentiful red-white-and-blue signs that bear the highway’s trademark oversize “L.”

Within easy drives of Chicago and St. Louis, the Illinois River Road National Scenic Byway threads through natural areas and past spectacular water views, bluffs and brilliant fall foliage. White pelicans soar above Chautauqua National Wildlife Refuge, flapping down to roost in the water. Truth be told, migrating birds might be the biggest concentration of creatures (animal or human) you see along this peaceful 291-mile byway in the heart of the state. When travelers start craving the comforts of civilization, the road meanders to places with just the right amount: welcoming hearths, inspiring art and history, memorable meals and even locally produced wines.

Meeting of the Great Rivers

America’s early history runs deep along the edge of west-central Illinois, the region where the Mississippi, Missouri and Illinois rivers meet. From Native Americans to the Lewis and Clark expedition and 19th-century steamboats, a parade of travelers has left its mark here. You’ll discover their legacies on this 33-mile byway, which begins just north of St. Louis.

Follow the green-and-blue signs as this scenic route weaves its way across Illinois’ southern reaches beside the waterway that carried many of the state’s first settlers. The 200-mile drive takes you to history-rich river towns, as well as parks tucked away like hidden treasures in remote, rocky terrain. Beginning at the Indiana state line, the byway twists and dips through wooded, hilly landscapes that seem a world away from the flat farmlands usually associated with the Prairie State. Your trip ends where the Ohio and Mississippi rivers meet. 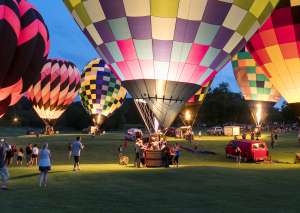 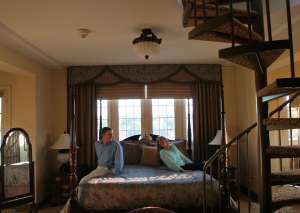 It doesn't have to be Valentine's Day to plan a romantic weekend getaway in Illi... 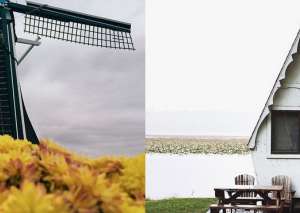 What happens when three photographers take a trip along the Great River Road? Th...