Whether you love hip-hop, blues, country, jazz or a mash-up of it all, Illinois plays your tune at music festivals, restored theaters and intimate lounges.

Home You are in… Get Inspired » A Music Scene That Rocks

The epitome of America’s music festival scene, Chicago’s Lollapalooza packs 100,000 fans a day into Grant Park, where crowds rock out to more than 100 bands over four August days, including past headliners like Radiohead and Paul McCartney. The predominantly young crowd makes it feel, at times, like a wild college party. But if you love music, it’s a party you don’t want to miss.

The Grant Park crowds are mellower at June’s Chicago Blues Festival, better known as Blues Fest. As you’d expect in a city famous for its blues, the lineup features some of the genre’s best acts. Admission is free, so the pavilion fills with fans who nod their heads to the slow tunes and dance to high-energy blues funk. Don’t be surprised if legends like Buddy Guy (who has a blues bar down the street) make a guest appearance.

Get more thrills dancing in Grant Park during Chicago SummerDance, a free outdoor summer dance party. Each weekend night features a different dance style, like swing, salsa, waltz or Bollywood. After a group dance lesson, a live band plays as you try out your moves on the basketball-court-size dance floor.

For rocking music in a slightly calmer setting, pack your finest picnic gear and head to tree-covered Ravinia Festival on the North Shore in Highland Park. Set up your lawn chairs or sit in the pavilion during the months of June through September, and uncork your wine while listening to classical music or popular acts like James Taylor and Santana.

Fireworks cap off musical performances during the free Rockin’ in the Park summer concert series in the suburb of Rosemont. Local food and beverage tents surround the open green in MB Financial Park, so be sure to come hungry (and don’t forget the lawn chair). The park also hosts a new Country in the Park series on summer Tuesdays.

This 90-year-old former movie house now stars touring Broadway productions and some of the hottest musical acts and comedians.

Grab beer or wine at the concession stand and kick back for a show by nationally touring rock and country acts or a film on one of Lake County’s largest screens in this 1927 Spanish Renaissance-style theater.

With its elaborate exterior and retro neon sign out front, the Paramount Theatre is impossible to miss on one of Aurora's busiest downtown thoroughfares. More than 150,000 patrons come through each year for performances and events, including a Broadway series; children's productions; literary festivals; and a weekly Classic Movie Monday screening.

With 750 seats in its main auditorium, this is the perfect place to catch performers like Amy Grant, Jon Lovitz or Garrison Keillor in an intimate setting. Local comedy acts perform in the center’s lounge-style Lucy’s Cafe.

Take Tuesday tours of the 101-year-old “Jewel of Joliet” for a peek at the intricate Greek, Roman and Byzantine architecture. A special treat: See signatures of past performers in the green room.

Thanks to a seating capacity of 4,400, the Rosemont attracts larger-scale productions and big comedy acts, such as Disney Live!, Niall Horan, Jerry Seinfeld and Mannheim Steamroller.

According to concert photographer Paul Natkin, some of the greatest blues, jazz and roots-type music that you’ll hear plays at this spot. The 1920s roadhouse in a western Chicago suburb looks so stereotypically vintage (a mural-backed stage, people huddled around small tables, a dance floor) that it’s been cast in films such as A League of Their Own and The Color of Money. On the main stage, catch acts like singer-songwriter Sarah Borges, or head to The SideBar next door for jazz sessions or an open mic night.

The oldest continuously running jazz joint in the United States used to maintain tunnels for Al Capone’s illicit liquor deliveries. Today, the cocktails are all aboveboard, and musicians still play late into the night (sometimes past 3 a.m.). They’re a cash-only venue, so arrive prepared.

To get into the tiny venue (capacity: 200, max) tucked behind a set of wooden doors at the back of the rehabbed Schlitz Brewery Taproom, buy tickets early. Not so lucky? You might still be able to listen in from the barroom. But no matter where you sit or stand, this is a great place to catch up-and-coming acts.

Versatility makes this 2008 performance venue stand out in the crowd of clubs. Countless seating arrangements and mood lighting options draw a wide range of acts, including acoustic, jazz, rock and more. A bar serves eclectic cocktails along with classic Manhattans and Old Fashioneds. 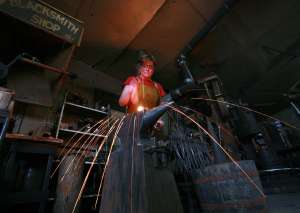 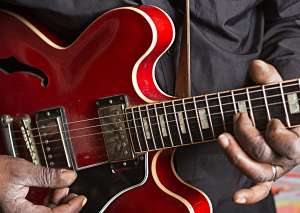