Jane Lynch’s Guide to the Middle of Everything in Illinois

She’s considered comedy royalty, thanks to huge movie roles (“A Mighty Wind,” “The 40-Year-Old Virgin” and “For Your Consideration”), memorable characters on hit TV shows (“The Marvelous Mrs. Maisel,” “Glee” and “Two and a Half Men”), and hosting stints on “The Weakest Link” and “Hollywood Game Night.” And she’s currently co-starring in the first Broadway revival of the 1964 Barbra Streisand-led musical “Funny Girl.” Oh, and she’s won five Emmy Awards.

However, it’s her tried-and-true Illinois roots that make her the perfect casting choice as the Illinois Office of Tourism’s spokesperson for the “Middle of Everything” campaign.

A seasoned veteran of Chicago’s comedy scene, she perfected her craft at storied institutions such as the Steppenwolf Theatre Company, Annoyance Theater and The Second City. She was born and raised in the Land of Lincoln—from the southwest suburbs, to a 15-year stop in Chicago and a degree from Illinois State University in Bloomington-Normal.

She shared her list of places she most enjoys (re)visiting when she’s back home, so you too can travel the state like a superstar. (Download a PDF version of this guide) 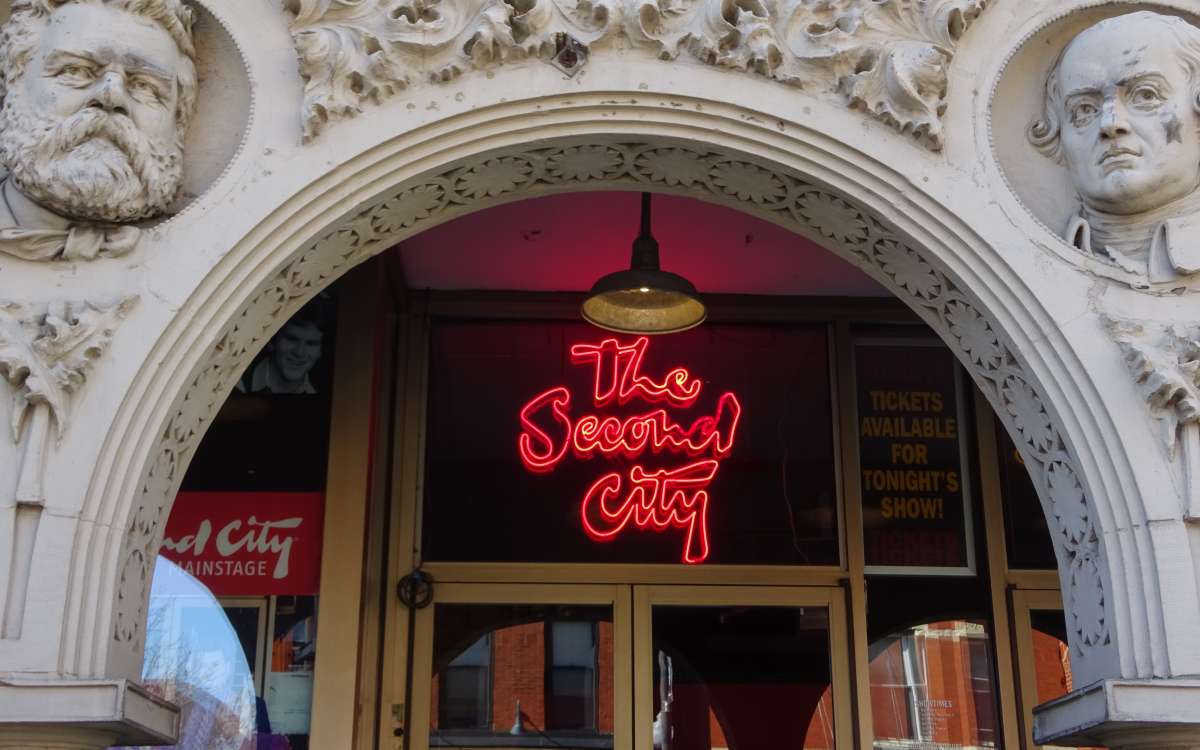 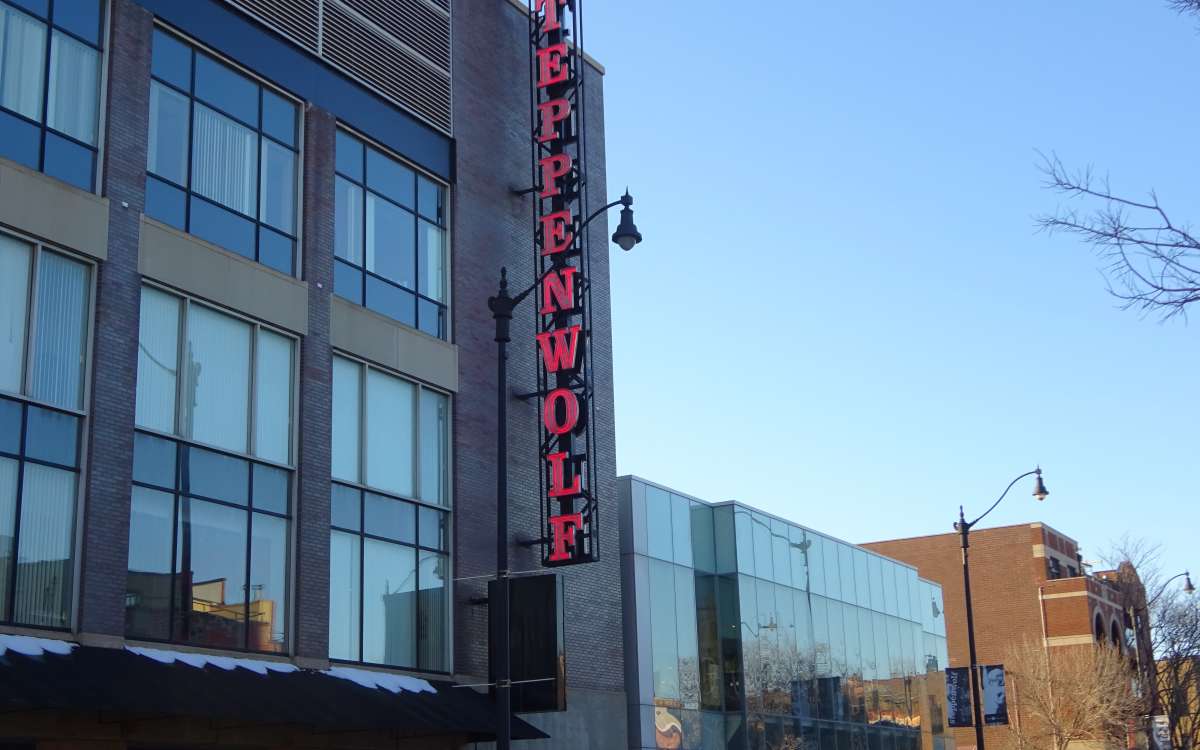 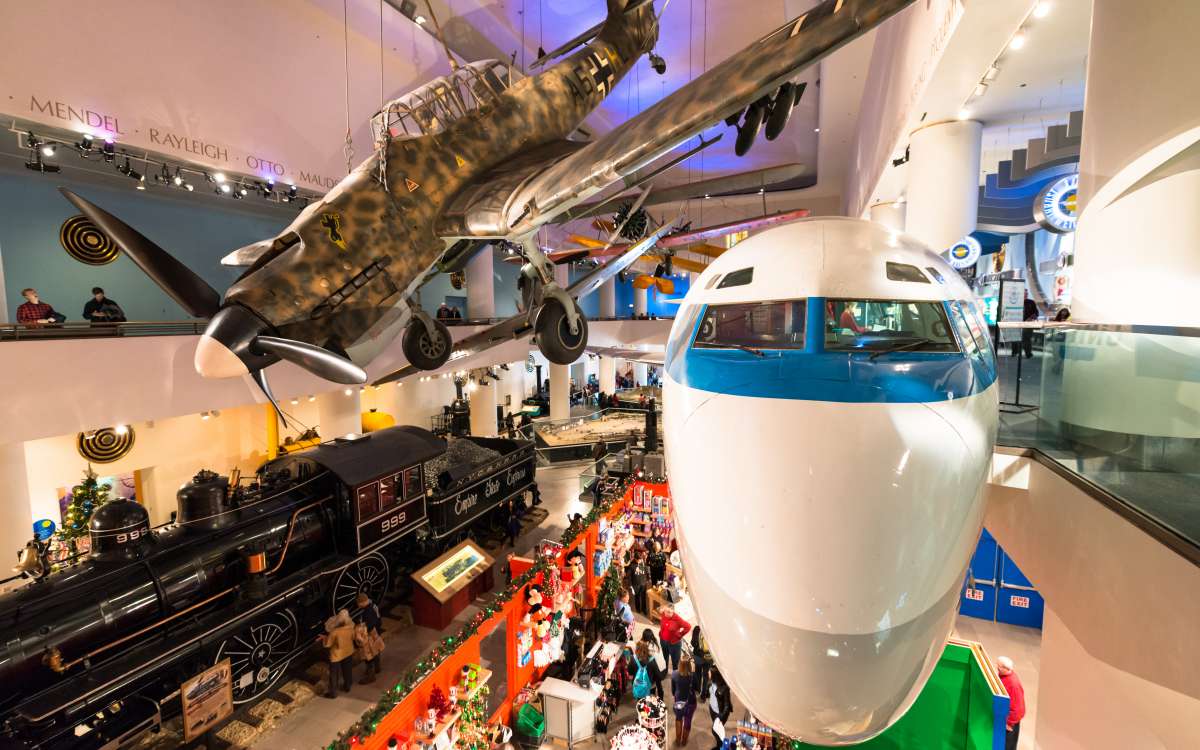 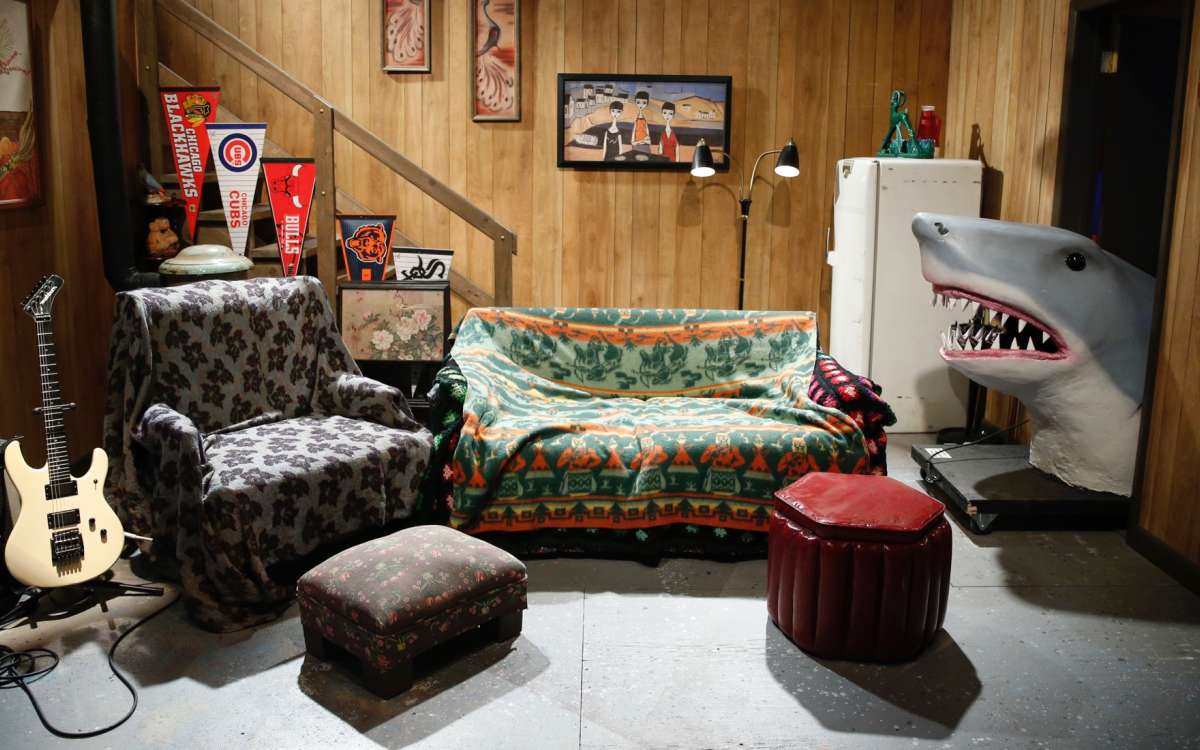 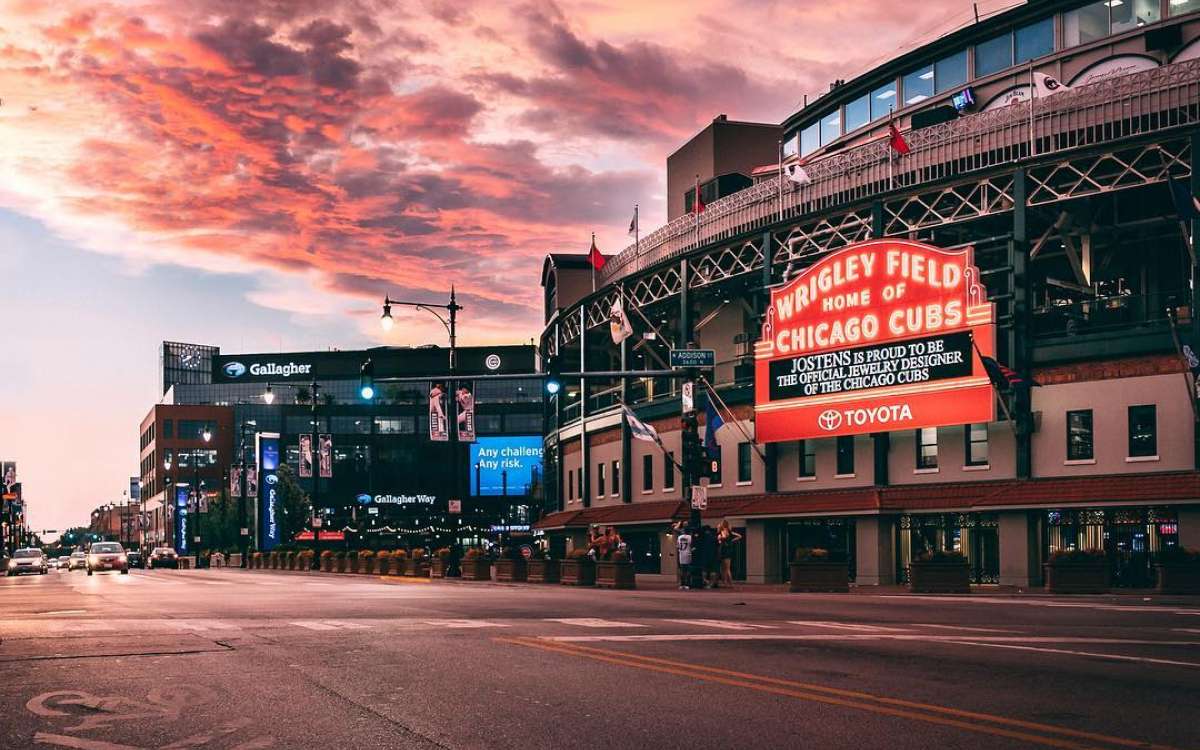 Despite what she remembers as a less-than-stellar audition, Jane landed a coveted spot in the The Second City comedy troupe early in her career and never looked back. “Once I started doing sketch, everything blew open. There’s no better training. Nothing throws you,” she said.

Today, The Second City is one of the most influential comedy theaters in the world, having helped launch the careers of stars like Mike Myers, Tina Fey, Bill Murray, Stephen Colbert, Steve Carell and many others.

Plan a visit to take in an improv show or join a class.

Jane always aspired to perform at Steppenwolf Theatre, and luckily for all of us, she accomplished her goal and then some. A long-time pillar of Chicago’s theater scene, Steppenwolf is widely considered one of the nation’s premier ensemble companies, producing up to 16 plays and nearly 700 performances each year.

Get tickets to an upcoming show, and see where the magic began.

Fun fact: in the early ’90s, Jane cut her comedic teeth with a starring role as Carol Brady in the hugely successful stage production “The Real Live Brady Bunch”—a hilarious reimagining of classic episodes from the ’70s TV show at Annoyance Theatre.

The storied institution continues to generate fine comedic performances, using creative improvisation to offer new and original plays, musicals and sketch comedy in a vibrant, uncensored atmosphere. Don’t take our word for it—experience it yourself.

When she’s not taking the stage herself, Jane enjoys seeing others perform at the Lyric Opera of Chicago. Known internationally for its artistic excellence and unforgettable productions, this gorgeous theater seats 3,500, making it the second-largest opera auditorium in North America and the largest stage in downtown Chicago.

With two newly-commissioned world premieres, three premieres of works never before seen on Lyric’s stage and a host of classic favorites returning, Lyric’s 2022/23 season promises to impress. Book a ticket to an upcoming show.

It should come as no surprise that an award-winning TV star with a resume full of iconic roles (think Sue Sylvester and Sophie Lennon just to name a couple) holds a certain fondness for a museum that showcases the best of broadcast. Exhibits, like the Chicago School of Television Gallery, offer a behind-the-scenes-look at the industry, with set pieces from Chicago television productions (such as The Oprah Winfrey Show) and artifacts from hit shows of the past.

Plan a visit to the Museum of Broadcast Communications for a unique experience as entertaining as it is informative.

With a recurring role on “Space Force” and having lent her voice to animated films like “Rio,” “Space Chimps” and “Ice Age: Dawn of the Dinosaurs,” Jane’s characters have run the gamut from space explorers to cartoon animals and dinosaurs. Perhaps that’s part of the reason she has such an affinity for the Museum of Science and Industry, the largest science museum in the Western Hemisphere.

Here you can explore the wonders of the galaxies at the Henry Crown Space Center, see the world’s largest LEGO display, experience immersive film at the Giant Dome Theater and much more.

As a kid, Jane enjoyed playing baseball “from sunup to sundown,” leading to her eventually (and controversially) becoming a massive Chicago Cubs fan despite growing up in White Sox territory. In a curious twist of fate, she even narrowly missed out on a role in the baseball classic “A League of Their Own,” which instead went to Rosie O’Donnell.

“A League of Their Own” was filmed at Wrigley Field, the home of Jane’s beloved Cubbies. The ballpark and surrounding area have changed a bit since those days, but it remains one of the top ways to experience a quintessential summer day in Chicago. 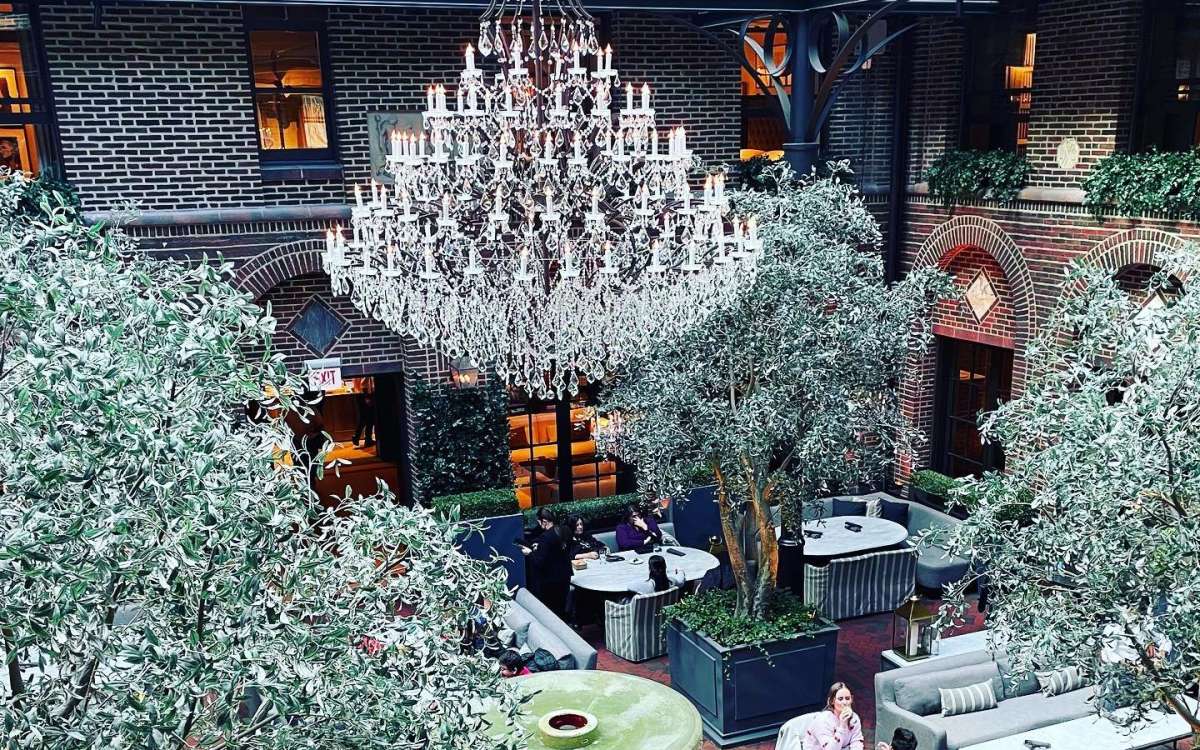 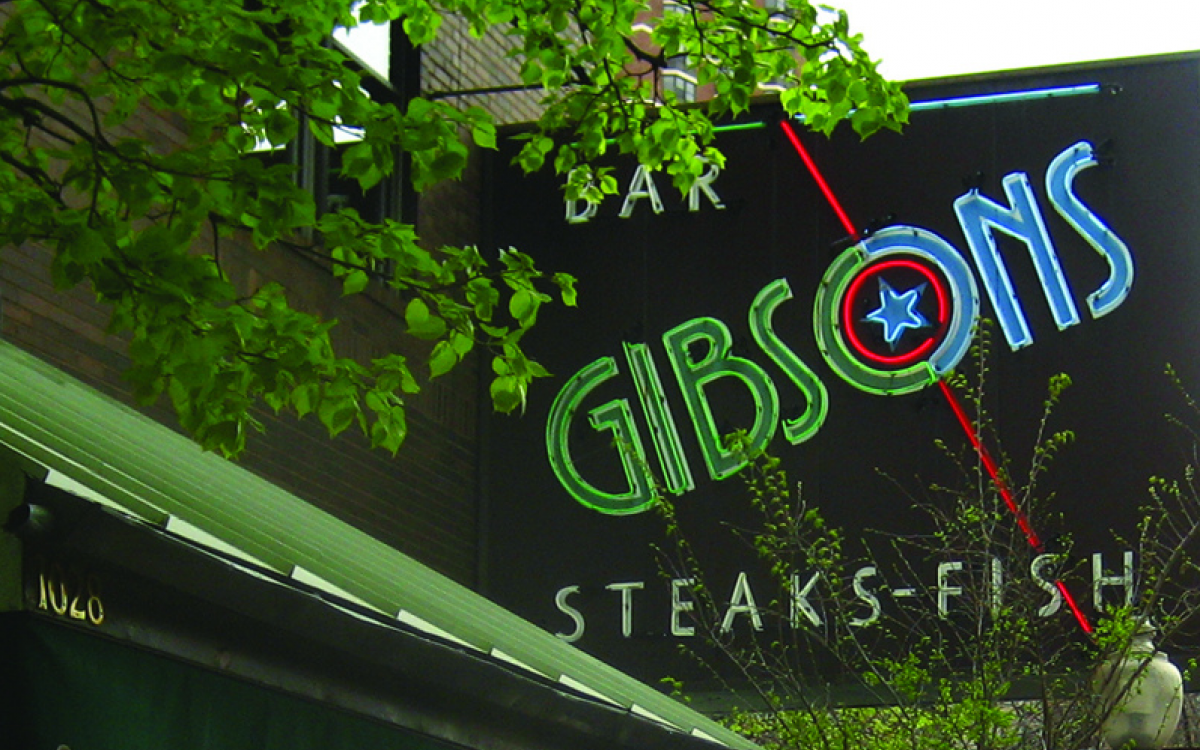 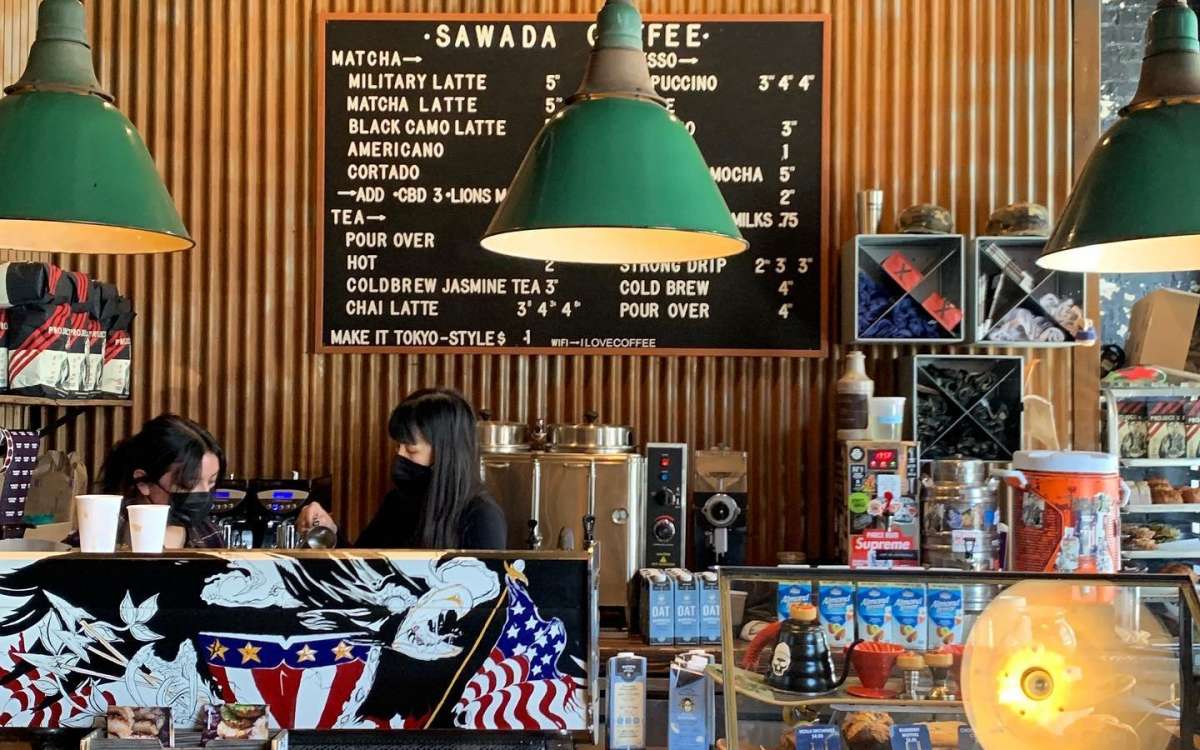 When Jane joined The Second City, she lived in a little walk-up apartment in Chicago’s Old Town neighborhood. That central location provided an excellent opportunity to try out local restaurants and diners across the city.

Want to lunch like Jane? Here’s a taste of the local spots she grew to know (and love) during her time in Chicago (and a few of her current favorites).

Situated in a building that dates back to 1915, this space blurs the lines between indoors and outdoors, home and hospitality. If you can, grab a table in the atrium. An opulent chandelier hangs over the garden fountain, with delightful tree-lined walls and a glass ceiling that allows you to gaze directly into the sky from your seat.

Dine on timeless brunch and dinner classics and enjoy an impressive curated list of wines and craft beers.

Just next to the world’s largest Polo store on Chicago’s Magnificent Mile you’ll discover RL Restaurant, which represents Ralph Lauren's entrance into the city’s restaurant scene. American classics—seafood and steaks, salads and sandwiches—serve as the foundation for a formidable menu, where some items are even prepared tableside.

Make a reservation to experience its unique club atmosphere, and by the time you’re finished, you’ll feel like a long-time member.

In a city known for its elegant steakhouses, Gibson’s always warrants a mention. These folks work closely with everyone in the production chain, from farmers to meat packers and processors, to make sure the exquisite entrees and decadent desserts that reach your plate are at peak deliciousness.

For a classic Chicago experience, check out Gibson’s Bar & Steakhouse.

Chicagoans are protective of their Italian food, which is completely understandable when you consider the quality of these classic dishes. Entering Macello is like stepping into a slice of Southern Italy, complete with old-world charm and some of the best Pugliese cuisine you’ve ever tasted.

They’re known for producing delicious wood-fired pizza, pasta and seafood favorites that taste like they’re straight from Puglia, Italy. Get a group together and dine in style.

Fans of all-day breakfast are in for a treat. Some of the best omelets and skillets in the city can be found at this popular, no-frills diner. From the homestyle food to the friendly vibe, Nookies has long been a favorite of Chicago locals and celebrities like Jane and Michael Shannon.

Jane is a big fan of this stylish spot and its creative sips. Co-founded by award-winning latte artist Hiroshi Sawada, Sawada Coffee offers an experience that combines delicious coffee with one-of-a-kind art. Pop in for the expertly crafted espresso, cappuccinos and matcha-based drinks, and stay for the artsy vibe, old-school pinball machine and ping-pong table.

Accommodations Fit for a Star 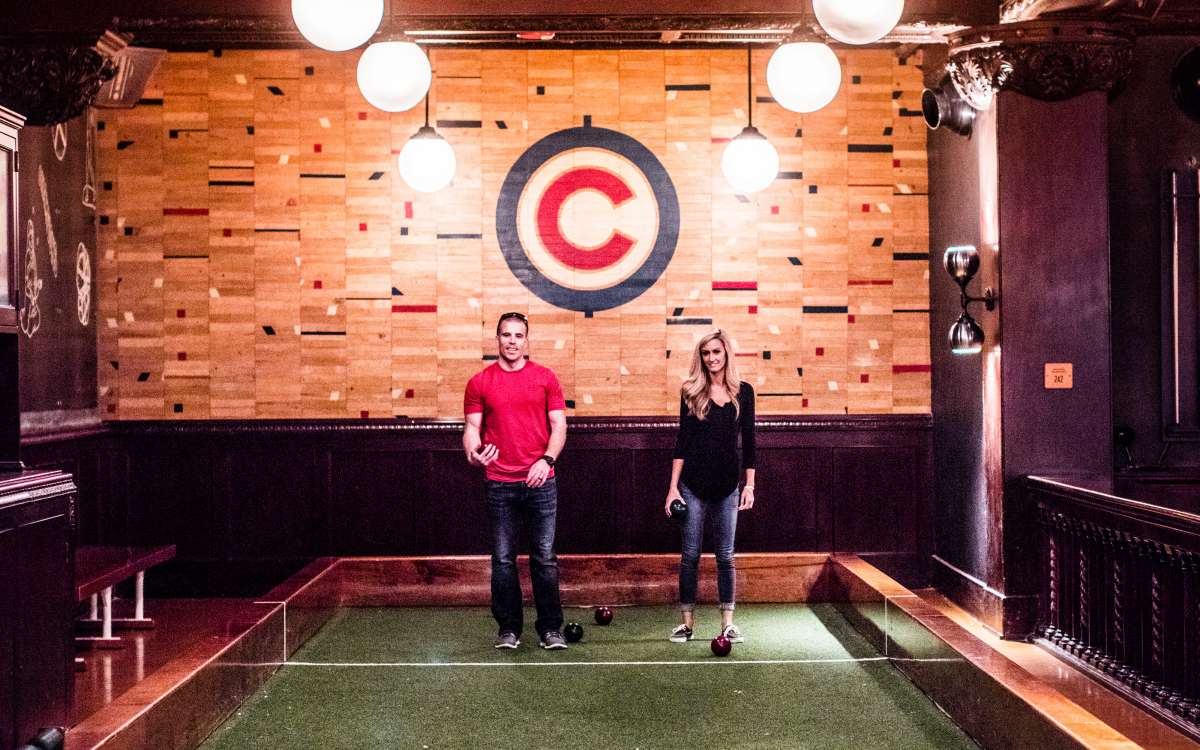 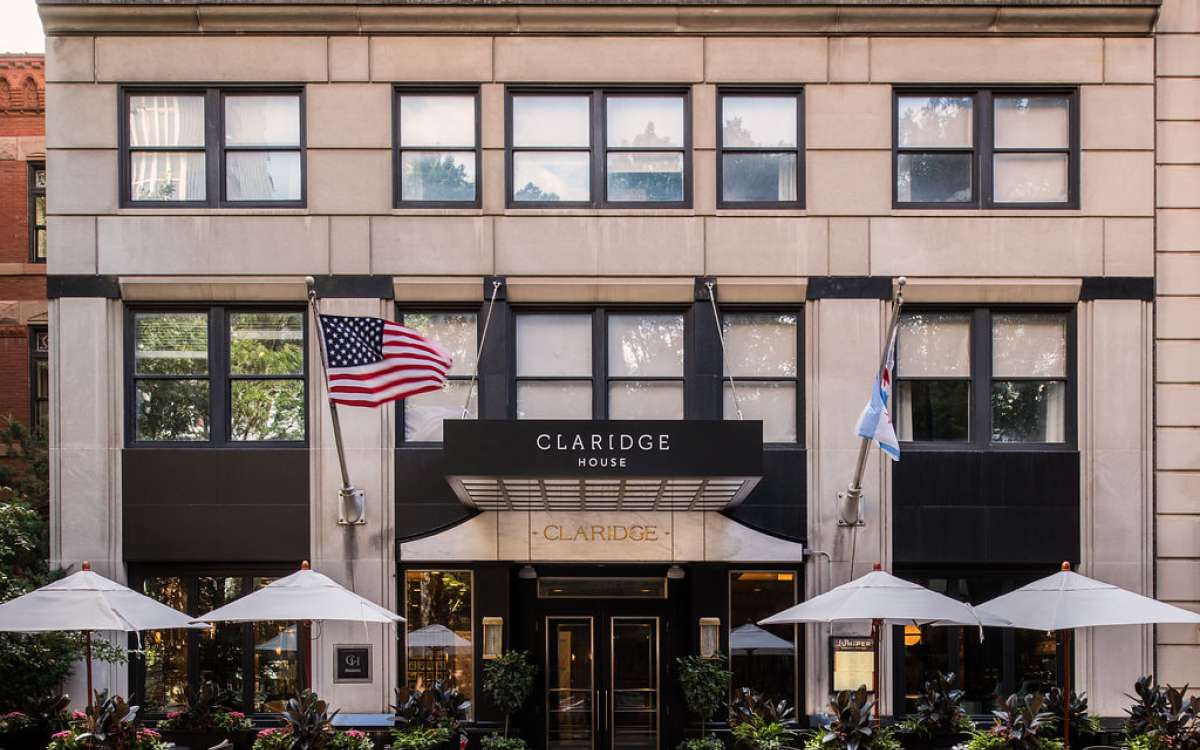 When Jane returns to visit, you’ll probably find her staying at one of these spots. From the guest experience to the surrounding neighborhoods, anyone can feel like a star at the following hotels, which she considers her favorites.

On a recent visit, Jane stayed at the Soho House Chicago in the West Loop, and was amazed by the vibrant neighborhood, with its dozens of terrific shops and restaurants.

Soho House is a perfect fit for the area. Bringing together creative people from around the world, Soho House is more than a hotel—it’s a global member’s club for artists, actors, musicians and other creative-minded professionals. In addition to room stays, members can book temporary workspaces, use a state-of-the-art health club, and dine and drink on the stunning rooftop.

See what the Soho House Chicago experience is all about.

Claridge House is known for sophistication, class, style and a convenient Gold Coast location that makes it easy to access some of Chicago’s top attractions. Despite your proximity to downtown, you’ll wake up and venture out into a peaceful neighborhood that feels miles away from the hustle and bustle.

Experience the city like a local at Claridge House.

After more than a century as a private membership club, today the Chicago Athletic Association Hotel is open to everyone. It’s the ultimate destination for foodies, featuring seven beloved Chicago establishments that take guests on a culinary journey unlike any other Chicago hotel.

Insider tip: Check out the Milk Room, a hidden microbar that was a speakeasy during the Prohibition era. Book a room for your next getaway. 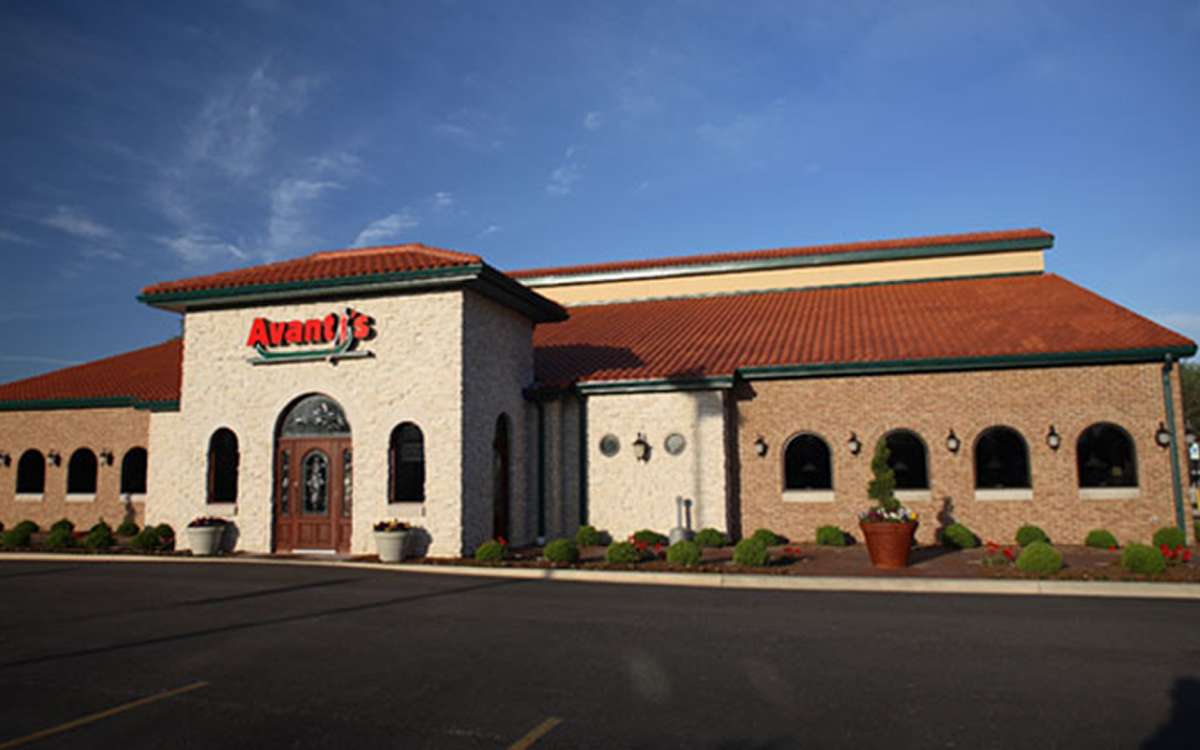 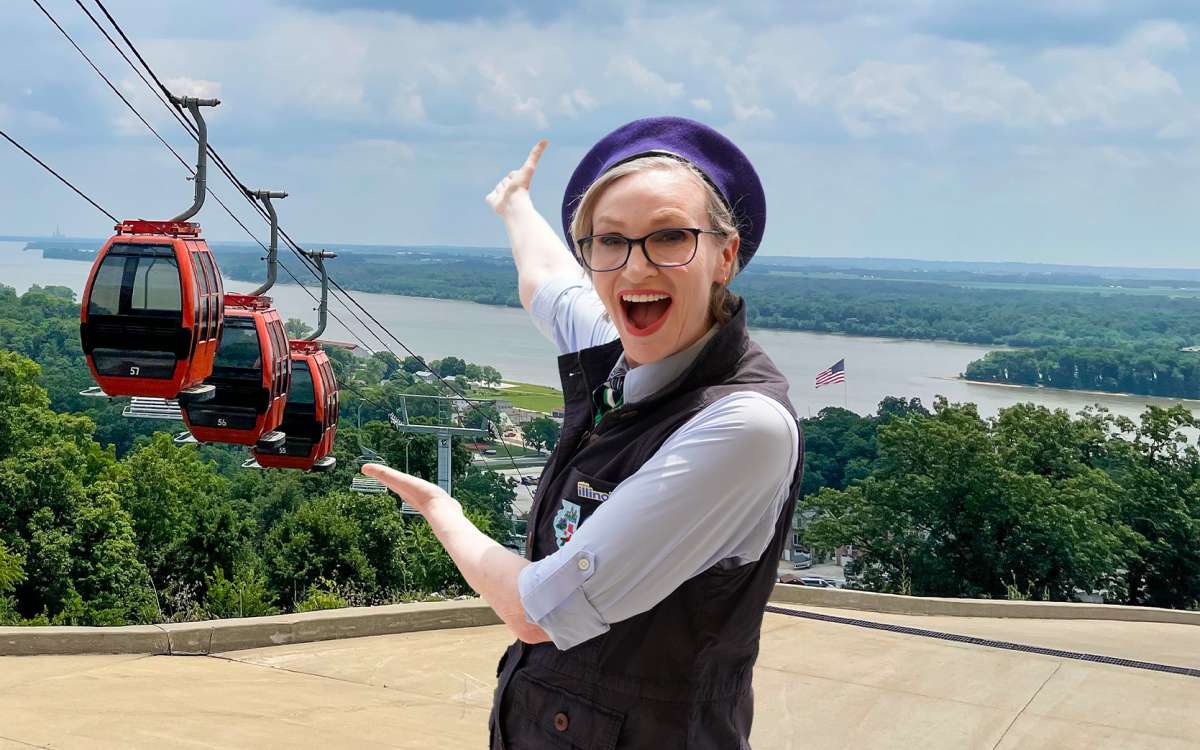 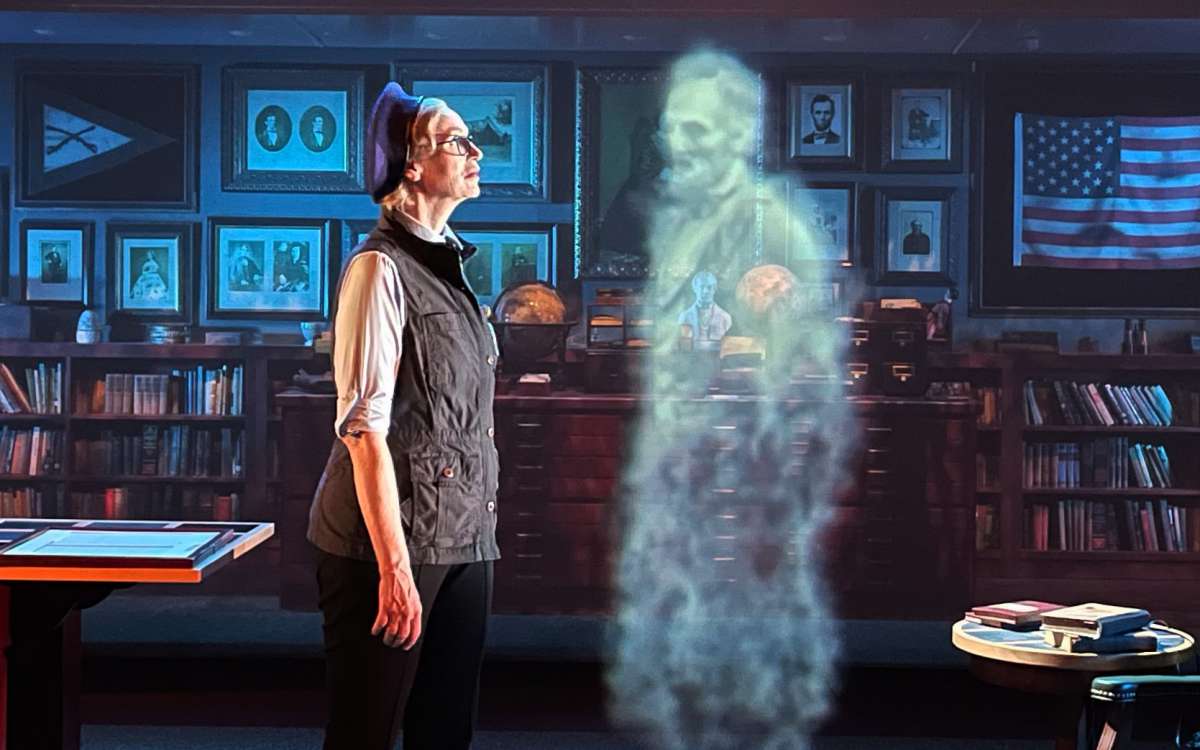 While Jane’s Chicago connections certainly run deep, she spent several of her formative years in Bloomington-Normal earning a bachelor’s degree in theater from Illinois State University. Her time there made a lasting impression, as she credits some of those university professors as early influences on her acting career.

If you’re visiting this charming college town, Jane says not to miss local favorite Avanti’s Italian Restaurant, which is known for its famous gondola sandwiches and cheesy pizza bread. Seconds anyone?

When visiting our state capital, Jane experienced one of her home state's most iconic sites: the Abraham Lincoln Presidential Library and Museum, where she saw priceless historical artifacts and even interacted with a holographic version of our 16th President.

As Jane can attest, the Grafton SkyTour at Aerie’s Resort offers some of the most breathtaking views in the entire state. From an enclosed gondola or an open chair lift, riders can see the confluence of the Mississippi and Illinois rivers from 300 feet in the air.

When you’re in Illinois, you're in the middle of it all. Continue exploring the middle of everything with Jane, our unofficial tour guide. 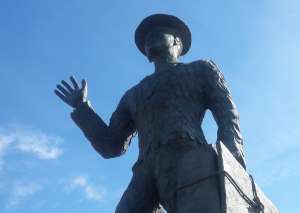 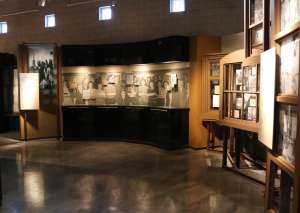