Home You are in… Get Inspired » Q&A with Brett Eldredge

*Country music star Brett Eldredge loves Illinois so much, he wrote a love song about it.

Country music star Brett Eldredge loves Illinois so much, he wrote a love song about it.

The song Illinois—also the namesake of his chart-topping country album—waxes nostalgic about the cornfields and the kindhearted, hardworking people of his hometown of Paris (pop. 8,500), just southeast of Champaign.

“I wanted it to paint a picture of what it’s like to take a walk through a small Illinois town, or any town in Illinois,” he said. “No matter where you’re from, you can relate to it.”

Those small town roots have kept him grounded as his career took off, scoring mega-hits like Drunk on Your Love and winning the Country Music Award for 2014 New Artist of the Year. He now travels the world, playing to stadiums of 50,000-plus fans. He performs October 27 in Moline and October 28 in Rosemont.

Eldredge lives in Nashville now, but during a recent trip home he recalled a powerful moment when he went into the Paris Walmart—a place he’d bought so many albums as a kid—and saw his own record for sale.

“It was a full-circle moment for me,” he said. “Illinois made me who I am. I am always going to be that boy from Illinois.”

One of Eldredge’s favorite things to do in Paris is fishing with his elementary school friends on Twin Lakes, where they catch bluegill, crappie and bass, and sometimes have a shore-side fish fry. Eldredge also marvels at the 123-year-old Edgar County Courthouse in Paris’ town square, where his grandfather served as the county clerk and Abraham Lincoln once gave a speech. “It’s an amazing courthouse,” Eldredge said.

When he goes off his diet, Eldredge will order the Trucker’s Breakfast (hash browns loaded with ham, eggs and cheese) at the Paris Family Restaurant, a place shown in his Illinois music video. “It’s as unhealthy as it can possibly be, but it’s good,” he said. He also gushes about the pizza (pepperoni with extra sauce) at Joe’s Pizza, or the thin and crispy pies at Monical’s Pizza, which he insists you must dip in French dressing. “You have to try it to believe it. It’s the most amazing thing,” he said.

Eldredge is such an avid University of Illinois sports fan, he has an Illini “I” sticker on the guitar he plays while on tour. He’s been to countless games at State Farm Center, especially when his brother was a student. Someone recently sent Eldredge a video of his song Illinois being played during an Illini football game, which he thought was “the coolest thing.”

Eldredge also spent a lot of time at Eastern Illinois University in Charleston, where he and his buddies frequently dined at the first Jimmy John’s restaurant, before it became a national chain. “I love that little town,” Eldredge said. He spent two years as a student and choir member at Elmhurst College in suburban Chicago, but left early to move to Nashville and start his music career.

As a kid, Eldredge spent many summer days washing the car and listening to Chicago Cubs games on WGN Radio. To this day he’s still a huge Cubs fan, and has thrown out the first pitch and sang Take Me Out to the Ballgame during the 7th-inning stretch. “They handed me the lyrics and I was like, ‘I don’t need those. I know the words.’ It was the first song I ever learned as a little kid,” he said. 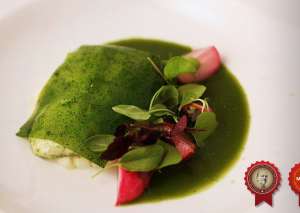 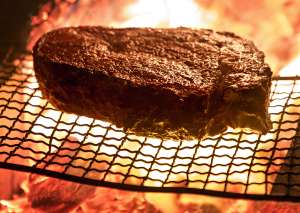 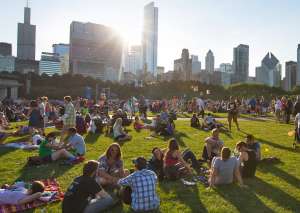