Step inside the land of Lincoln, snap a selfie with famous paintings, shake hands with a stingray and meet the largest T. rex fossil ever found.

Step inside the land of Lincoln, snap a selfie with famous paintings, shake hands with a stingray and meet the largest T. rex fossil ever found. Read on for our recommendations for the best museums in Illinois and Chicago, each of which is worth a trip on its own.

Visitors to the Abraham Lincoln Presidential Museum and Library  based in Lincoln’s hometown score an up-close look at the 16th president’s journey to the White House.

First up, step inside a life-size model of Lincoln’s iconic boyhood home, a log cabin. Then learn about his pre-presidential life as a lawyer in Springfield. Finally, walk through scenes of Lincoln’s presidency, which include full-scale replicas of the White House Cabinet Room and Ford’s Theater, where costumed performers recount the harrowing weeks after the former president’s assassination.

This year, celebrate Illinois’ bicentennial anniversary with a new exhibit, From Illinois to the White House. Located inside in the Abraham Lincoln Presidential Museum and Library, the display explores the lives of Lincoln, Reagan, Grant and Obama—the four U.S. presidents who hailed from Illinois. Check out rare artifacts including Lincoln’s briefcase and notecards from Reagan’s Berlin Wall speech in which he urged the Soviet leader to, “tear down this wall!”

Looking for more Lincoln? Head across the street to Springfield’s Union Station where costumes and props from Steven Spielberg’s 2012 film Lincoln are on view. Highlights include the president’s office and vignettes of Mary Lincoln’s bedroom.

Guests who stay at nearby hotels such as President Abraham Lincoln Springfield DoubleTree, Wyndham Springfield City Centre, State House Inn and Candlewood Suites Springfield are minutes away from the museum, Union Station and newly renovated Governor’s Mansion, plus other historic spots including the Old State Capitol, Lincoln’s New Salem State Historic District Site and the Oak Ridge Cemetery with the Lincoln Tomb and War Memorials.

Quiet observation isn’t allowed in the Museum of Science and Industry, the the Western Hemisphere’s largest science museum. Among the 14 acres of hands-on exhibits, visitors climb aboard a World War II German submarine, descend into a coal mine, feel the breeze of a 40-foot tornado and go for a spin inside a human-sized hamster wheel.

Inside the Giant Dome Theater, immerse yourself deep into the ocean during the documentary Oceans: Our Blue Planet. Prefer to stay on land? Amazon Adventure takes viewers deep into a tropical rainforest.

At the museum’s newest exhibit, The Science Behind Pixar (May 24 through 2019), Disney fans learn how artists animate their own characters and come face-to-face with their favorites from the big-screen including Buzz Lightyear, Dory, Mike and Sulley and Wall•E.

Photography, textiles, Medieval armor, architecture and Impressionist paintings are just some examples of the more than 300,000 works that fill the Art Institute’s permanent collection. Spread across eight buildings, the museum takes a day (at least) to tackle. Need a starting point? History buffs enjoy the renovated, older galleries that span 5,000 years while the Modern Wing showcases 20th- and 21st-century pieces. Or just skip ahead to some of the world’s most famous works including Georges Seurat’s A Sunday on La Grande Jatte, Pablo Picasso’s The Old Guitarist and Grant Wood’s American Gothic.

One of the country’s oldest and largest art museums doesn’t skimp on the culinary arts either. When you need to rest your legs, stop at one of four dining spots. There, local chefs use organic ingredients to prepare everything from gourmet Italian dishes to deli-style sandwiches and pastries.

Three museums—the Adler Planetarium, Shedd Aquarium and Field Museum of Natural History—and one beautiful lakefront are all tied together with lush greenspace. Easy-to-navigate roads mean the campus is walkable, despite being 57 acres.

Don’t want to attempt all three museums in one day? Check in to a local hotel such as The Blackstone Hotel, Congress Plaza Hotel, Marriott Marquis Chicago and Hilton Chicago on Michigan Avenue, and you might be able to see the museums from your room.

America’s first planetarium was—and still is—a major leader in science education. In the permanent exhibits, get the lowdown on our solar system, race against the clock to save the Apollo 13 crew and join the debate on Pluto’s status as a planet.

The Adler Planetarium is also home to three full-size theaters that feature daily programs. The films cost a little extra but are worth the splurge. Don’t miss a big-screen tour of the cosmos in Welcome to the Universe and get a rare view of Chicago’s night sky in Skywatch Live. Check out the planetarium’s website for showtimes.

At the Shedd Aquarium, get up close and personal with more than 32,000 animals including piranhas, stingrays, giant octopuses, seahorses and sharks. Exhibits are arranged by region, so visitors can check out underwater life from far away (don’t miss the Amazon and Philippines displays) and near home in the Great Lakes.

The Shedd’s newest exhibit Underwater Beauty showcases the movements and patterns of 100 species from around the world. See jellyfish pulse, eels ribbon and reef fish swim in synch.

Visitors who want to dive in deeper stick around for daily chats with experts and presentations that offer a glimpse into how whales, sea lions and dolphins are cared for. In the interactive animal encounters area, curious guests get their feet (or hands) wet in the touch exhibits featuring stingrays, sea stars and sturgeons.

One of the globe’s largest natural history museums, the Field Museum houses more than 20 million specimens ranging from some of the earliest fossils to a high-tech DNA research lab. Examine hieroglyphs and mummies inside an ancient Egyptian tomb; admire rare gemstones; check out meteorites; and meet Maximo, the world’s largest dinosaur (beating out Sue, the once largest and best-preserved T-rex fossil to ever be discovered). Maximo, a titanosaur aka Patagotitan mayorum stands 122 feet from snout to tail.

Throughout the summer, chill out in the Antarctic Dinosaurs exhibit (where you can see how Field Museum scientists battle snow and ice on their hunt for fossils. Or head to Underground Adventure (through December 2020) where you’ll be “shrunk” to 1/100th of your actual size (AKA: smaller than a penny) to get a whole new perspective on plants and animals.

Round out your visit with a 3-D flick. Watch Sue come to life, explore ancient Egypt, meet China’s First Emperor or take a guided tour of London’s History Museum. 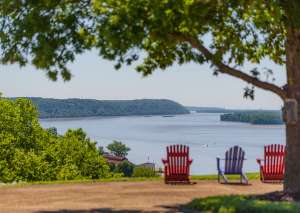 It’s peak summer season here in Illinois, and the only thing standing between yo... 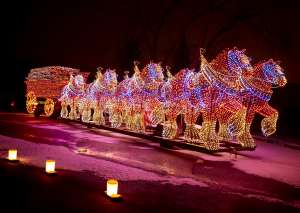 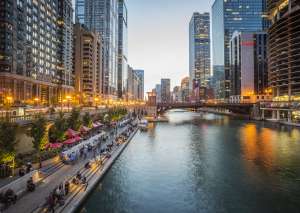