We’ll follow the Historic National Road for 299 miles across Illinois from Marshall to the Eads Bridge. Load ‘em up, move ‘em out…let’s go!

Taking the Historic National Road through Illinois is a trip that will take us from one side of the state to the other, with stops at 15 towns large and small, in just three days.

Where the Road Began

As America grew after the Revolutionary War, pioneers looking for new lands and adventures traveled west to Indiana and Illinois by wagon, on horseback or on foot. The trip was not convenient.

That began to change in 1806, when President Thomas Jefferson signed a bill to build the National Road, connecting Cumberland, Maryland to Vandalia, Illinois. Originally following an Indian trail, the road traversed six states: Maryland, Virginia (now West Virginia), Pennsylvania, Ohio, Indiana and Illinois. To this day, it’s the only road that was 100% paid for by Congress.

In 1872, Howard Harlan constructed Harlan Hall, a magnificent opera house just one block from the Road, on a lot on the Marshall Courthouse Square. Now restored, it houses the National Road Welcome Center on its second floor. Look for the “Walldog” murals around town that tell more of its history.

In nearby Martinsville, we’ll stop for food at the Moonshine Store, founded way back in 1889. Originally a general store, it’s still running today serving a variety of sandwiches, chips and drinks, as well as the famous Moonshine Burger. But make sure you time it right—they’re open Monday through Saturday from 6:00 am to 1:00 pm, and the grill shuts off at 12:30 pm sharp! While in Martinsville, you’ll also want to check out what was the World’s Largest Horseshoe, title-holder between 2013 and 2015. 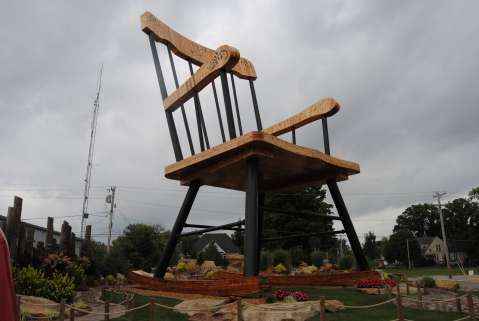 Speaking of “World’s Largest,” the town of Casey is next with eight Guinness World Record holders spread around town. You’ll be stunned by the size of the rocking chair, mailbox, wind chime, knitting needles, crochet hook, golf tee, wooden shoes and pitchfork. Keep your eyes peeled for other “big things” like the pencil and birdcage. Be sure to bring your camera—there’s a photo op around every corner. 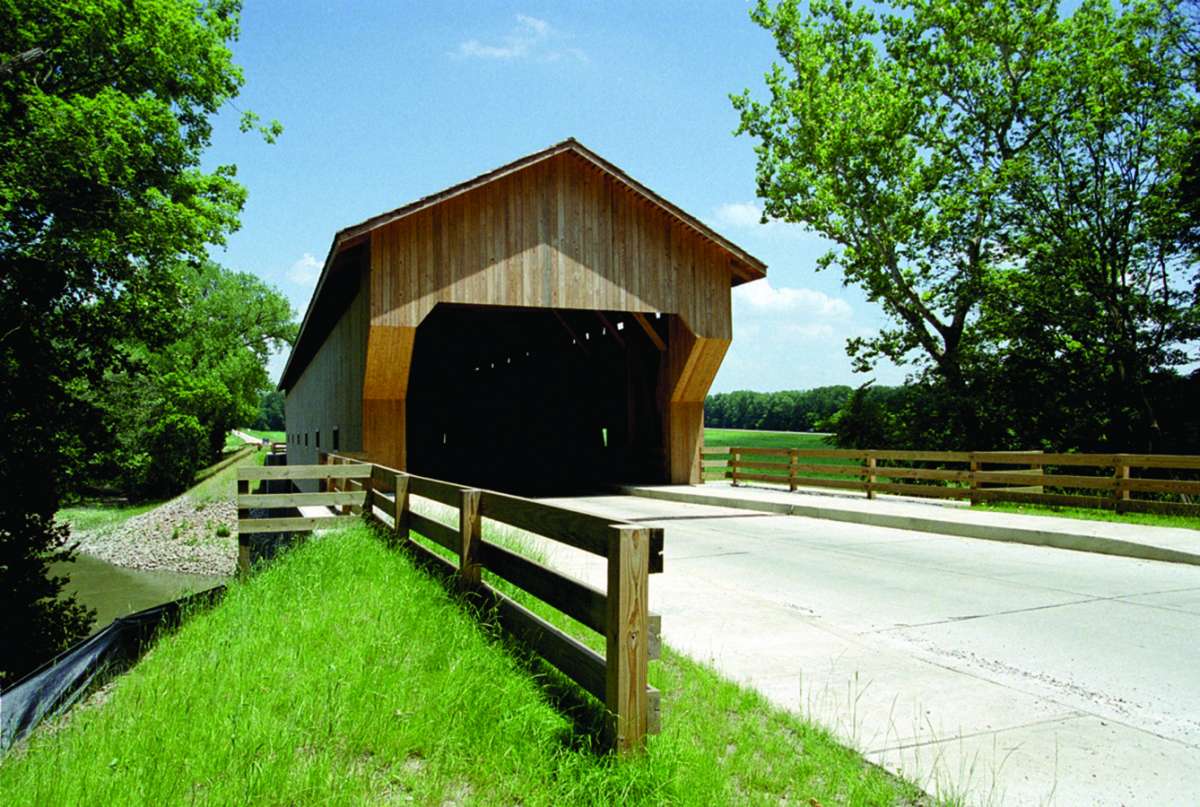 Greenup, known as the “Village of the Porches” for the second-story porches that adorn its downtown buildings, is our next stop. Nearby, the National Road goes across the Embarras River via the charming Cumberland County Covered Bridge. It was built in 2000 as a replica of an 1832 bridge which sat at the same site—bridges there have needed to be rebuilt several times after being washed out.

Greenup’s museums are also well worth visiting. The Depot Museum focuses on the area’s railroad heritage, and the Johnson Museum is where the Cumberland County Historical Society maintains records and helps with preservation efforts like celebrating the area’s favorite sons, Dick and Jerry Van Dyke.

Down the Long and Winding Road

As we wind through picturesque towns like Jewett and Montrose, we’ll be headed for the village of Teutopolis, which was settled by German Catholics in 1839. The heart of the downtown is still St. Francis of Assisi Church, built 160 years ago. The Monastery Museum is known for its collection of articles, books and memorabilia from the Franciscan Friars. You probably don’t know it, but it’s likely you have had a taste of Teutopolis already: the Seimer Milling Company is responsible for milling the flour used in Girl Scout cookies.

The National Road follows old Route 40 parallel to I-70, so it goes right through Effingham. Here, there’s modern lodging, restaurants, shops and other amenities. But the town has also preserved the past in places like the Old Courthouse Museum, which focuses on transportation.

We’re almost to the original “end of the road,” Vandalia. Located just past Brownstown, it was the second capital of Illinois and has preserved the statehouse in all its glory. Abraham Lincoln’s early career as a statesman began here. There are memories of the early settlers and Lincoln days all over town including Lincoln storyboards, the Fayette County Museum and the beautiful Madonna of the Trail – one of 12 identical monuments depicting a pioneer mother and her children. This series of monuments was built along the National Old Trails Road as a tribute to the strength and spirit of pioneer women. Nearby, you’ll also find the National Road Interpretive Center, which tells more of the story of the Road and Lincoln.

As our tour moves on, the city of Greenville welcomes us to its Courthouse Square, not far from Greenville University and the Bock Sculpture Museum. This site holds artwork and memorabilia of Richard Bock, who worked with Frank Lloyd Wright. Another notable place in town is the DeMoulin Museum. Today, DeMoulin is known for intricate band uniforms, but back at the turn of the 20th century, they specialized in the production of quirky devices used for initiating new members at fraternal lodges. This rare collection is featured at the museum and allows visitors to experience some of their bizarre inventions – like trick chairs and their signature bucking goat. Just south of Greenville, Marcoot Jersey Creamery offers ice cream, cheese and other treats made from the milk of their Jersey cows. 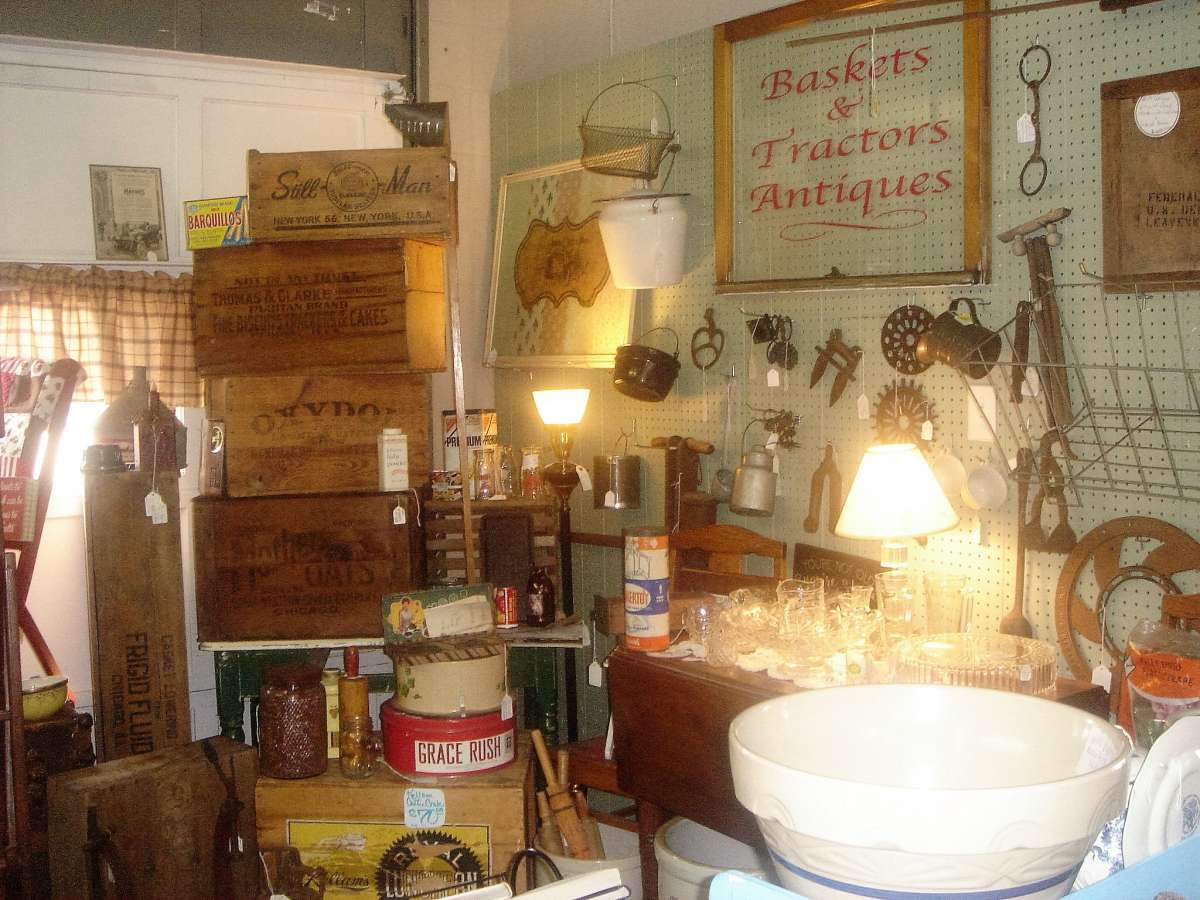 Driving through the countryside, we now pass through Mulberry Grove then Pocahontas, where country singer Gretchen Wilson grew up. Another claim to fame are the great antique stores. Watch for the colorful barn quilts on houses and businesses all over town as we head through St. Jacob to Troy. Visit Bud Klaustermeier City Park and see the Mersinger Pioneer Cabin, the first cabin built in Troy.

Well, folks, we’re almost at the Mississippi River and the end of our tour. Collinsville, located just minutes from the River, is our last stop. There is a lot to see and do here, but don’t miss Cahokia Mounds State Historic Site. The Mounds stop takes us full circle to the first inhabitants of this land, the Mississippian people, who lived here from 1050–1350 A.D. 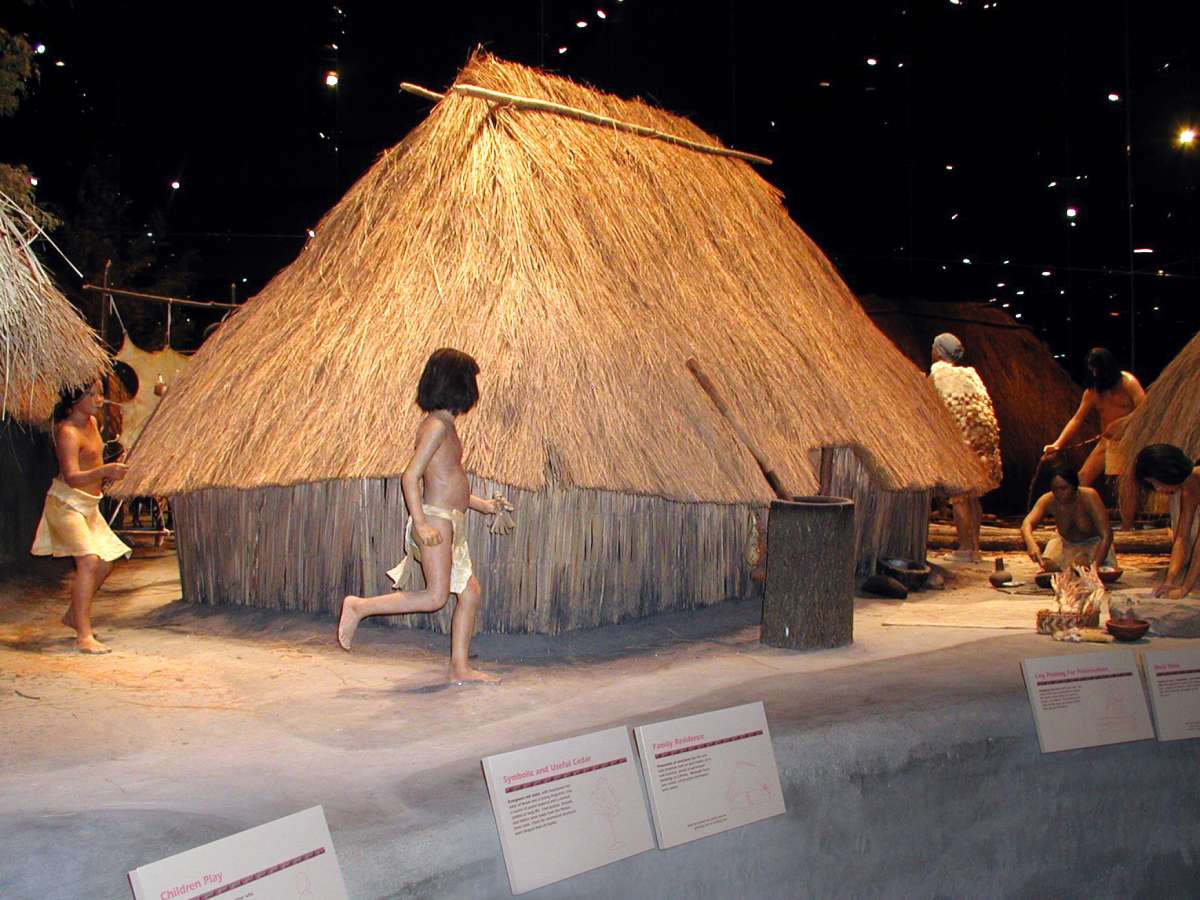 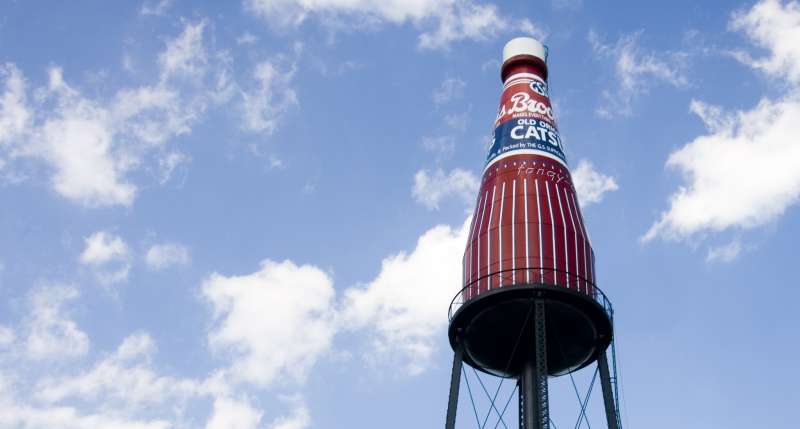 Big or small, the cities, villages and attractions along the National Road are a living history lesson. Hope we see you down the Road!